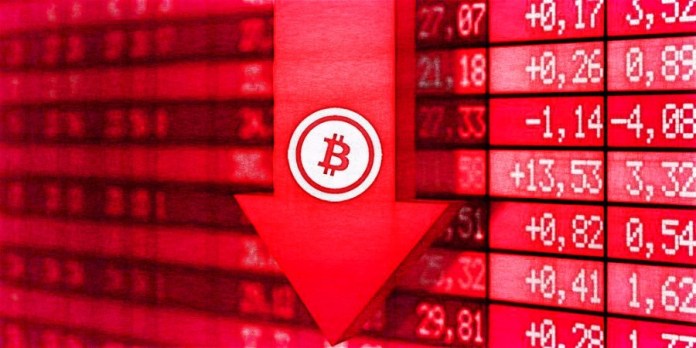 Why Bitcoin would be catastrophic under 3,000 dollars

Bitcoin is quickly heading for a record, as we wrote earlier this week. Soon you can label the current bear market as the longest in the 10-year history of BTC. However, it can be much worse.

Bitcoin in a nuclear winter

At least, that’s what Vinny Lingham claims. He is general partner at crypto fund Multicoin Capital and CEO at Civic. Not a small name.

In recent months, the world’s largest cryptocurrency has remained relatively stable, between $ 3,500 and $ 4,000. On 14 December it almost went wrong, when the price came dangerously close to the 3000 dollar. That was an annual low.

The well-reputed investor Mark Dow also paints a sombre picture. He points out that the last time that Bitcoin showed stability at such a price point for a longer period of time, it immediately led to a 50 percent drop.

If the crypto market repeats the same trend, then Bitcoin can go even further down than in November and December 2018. In other words, according to Dow there is a chance that we will have to come to the bottom of the bear market.

Kyle Samani, co-founder and general partner at Multicoin Capital, claims that the crypto bear market is not over until more exchanges close their doors. He points out that where the volume of Ethereum and Bitcoin remains relatively high, the rest of the market suffers from a substantially reduced trade volume.

This decline can lead to liquidity problems for the exchanges in large markets such as Japan, South Korea and the United States.

Exchanges in trouble, new bottoms for cryptocurrencies and failing ICOs: prepare for a cold, very cold cryptowinter. Or is it all going well in May?

Bitcoin Gets Compared To Amazon By Hedge Fund Manager

Billionaire Chamath Palihapitiya Says He Will ‘Buy the Hamptons’ When Bitcoin Hits $150,000