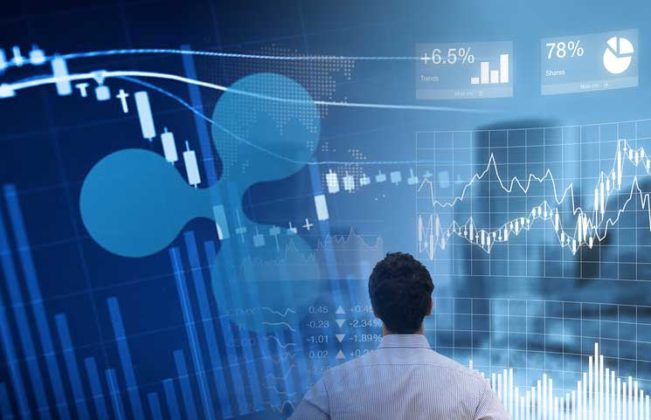 
Tron [TRX], the tenth largest cryptocurrency in the world is currently down by 6.6% wherein the token was trading at a depreciated price of $0.0187 with a market cap of $1.25 billion. The trade volume of the 24-hour cycle was recorded to be $108.5 million.

In the 1-hour analysis, the Tron candlesticks, the downtrend is stretching from $0.0239 to $0.0206 whereas the support level is set at $0.0183. As of now, there is no concentration in price, therefore, a trend breakout is not to be expected.

The Parabolic SAR is bullish on the cryptocurrency as the dots are assembled below the candlesticks.

The Awesome Oscillator is also positive on the fate of Tron. As of now, the bars have turned green and are waving a safe signal for the market.

The Aroon indicator is nodding at the prediction by its fellow indicators. It is currently showing greater strength in the green trend as the red trend continues to crash.

In the longer time frame of the Tron candlesticks, the downtrend is ranging from $0.0247 to $0.0204. Here, an immediate, strong support level is set at $0.0119. There is no visible expectations of a trend breakout in the foreseeable future.

The Bollinger Bands have converged to give way to volatility in the Tron market. The bands were running in a narrow tunnel-pattern but have broadened for the prices to fluctuate.

The RSI has just returned from the overbought zone to carry out a trend reversal. However, the indicator is still depicting a high buying pressure and is moving upwards to show a bullish presence.

The Relative Vigor Index has made a bearish crossover by the signal to project a bearish stance in its prediction.

In this technical analysis, it has been concluded that the majority of the indicators are suggestive of a bullish run for the coin. Moreover, higher volatility is to be expected in the Tron market trend.