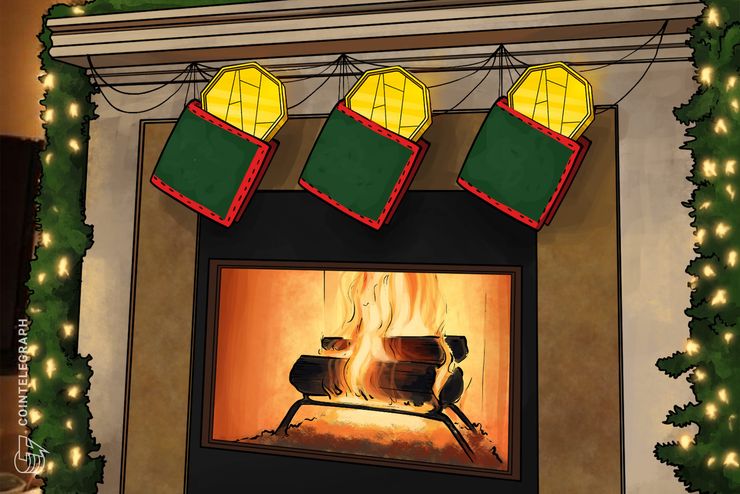 70% of Respondents Prefer Being Gifted Money in Digital Currency, Survey


The vast majority of respondents to an ongoing United Kingdom central bank Twitter survey, posted Dec. 17, said they would prefer to receive a gift of money in digital currency. 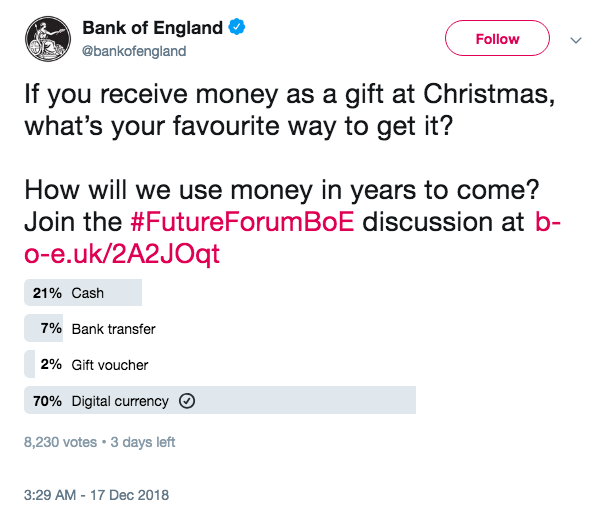 The Bank of England’s survey asks participants to choose their preferred way to receive money as a Christmas gift, showing the options cash, bank transfer, gift voucher and digital currency. At press time, 8,230 people have responded and 70 percent of them have chosen digital currency.

Last month, a similar survey was conducted by former United States Congressman, Ron Paul, who asked Twitter users Nov. 15 how they would prefer to receive $10,000. Paul’s twist was that the hypothetical gift would have to be left in the form in which it was received for ten years.  The results posted that 50 percent of respondents prefer Bitcoin (BTC), with gold somewhat close behind at 37 percent.

Back in November, Mati Greenspan, a senior analyst at the U.K.-based trading platform eToro, did his own Twitter survey asking “What’s your favorite crypto?” Results showed that 46 percent of the 28,189 respondents chose Ripple (XRP), while Bitcoin (BTC) and Ethereum (ETH) came in second and third place, chosen by 31 percent and 9 percent respectively.