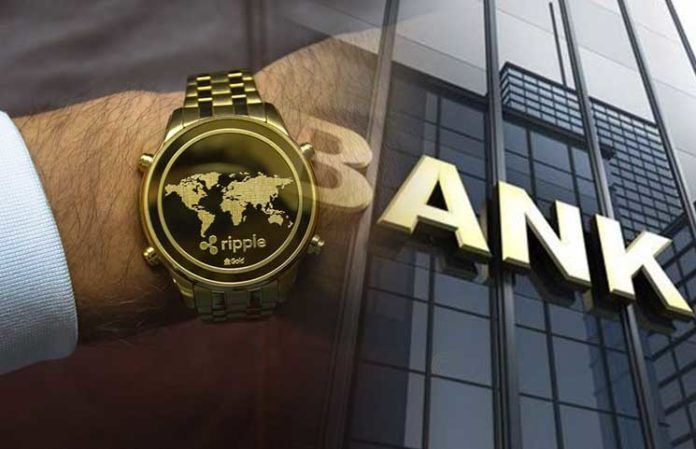 Banco Santander’s chairman, Ana Botin recently gave a speech highlighting the performance of Ripple, as well as praising the achievements it has made since inception.

Ana delivered the speech during a recent international banking conference held in the city of Madrid. The speech, which also happened to touch on various aspects of Banco Santander’s performance, saw her place special attention on One Pay FX, an application whose payments are powered by Ripple technology.

In her address, she stated that the application (which currently runs on xCurrent, the blockchain solution from Ripple) has been performing extremely well since its inception in the month of April 2018.

She went on to add that it is possible to do real-time FX transfers between the European continent and the UK. In addition, it is also possible to make transfers to Chile, Brazil, and Poland via Santander, and all this for the same fee that it would cost you to use TransferWise. According to her, this is the sole reason why the bank has been thinking about reciprocity.

It is important to note that TransferWise is a financial company that has been providing conventional payment processing services, although in a manner not related to cryptocurrencies. Even though such financial institutions can deliver instantaneous cross-border transfers, there are issues always popping up with this kind of transfers.

In order to come up with a good cross-border mechanism, institutions such as TransferWise will need to take a total of three days, and will at the end of it all charge higher transactional fees. When you look at One Pay FX and other similar solutions that are using blockchain infrastructure, you will note that they are charging much less in terms of fees and that their transaction times are also quite better.

It is noteworthy to mention that Ripple cannot in any way be compared to vaporware. This is a company that has been creating real technology that can be put into good use by existing corporations and organizations.

Nonetheless, traders need to remember that the solutions being created by Ripple are meant for use by middlemen and not by the ordinary people as many people seem to assume. According to Ana, this means that the tech company is on a completely different level compared to other decentralized blockchains like Bitcoin.

Bitcoin and the other cryptocurrencies have been created with the sole purpose of getting rid of middlemen, empowering the common man, and decentralizing money. One bank employee went as far as stating that many banks have been taking up the RCP (Ripple communication protocols) in order to use them to transmit money and payments to other banks.

XRP has also been seen to play a very minor role in aiding these payments. This is because there are small payments being collected from companies and banks using communication protocols. However, the fees are not yet high enough to start justifying the prevailing pricing modules.

Winklevoss Twins Answer The Tough Question: We Are Comfortable About Not Being Able To Please Everyone

Blockchain can combat Australia’s $1.7B food and wine fraud problem