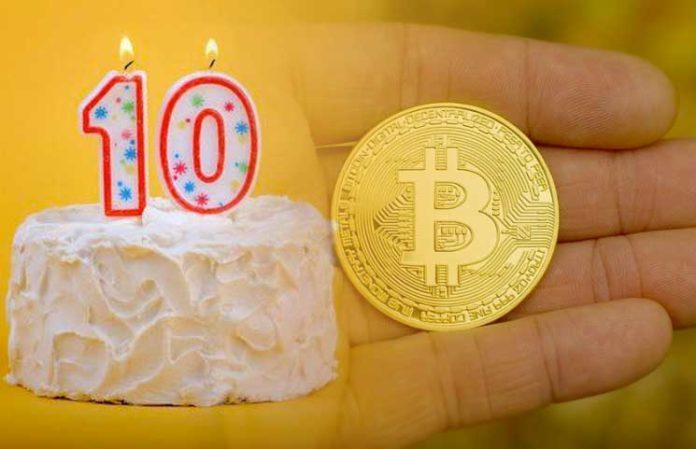 
Bitcoin (BTC) has been growing in the market during the last ten years. It started with crypto enthusiasts, it expanded to anarchists and it reached retail investors all over the world. Now, Bitcoin could be embraced by largesr institutions and companies if the necessary regulations and reglamentations are in place.

Since Bitcoin was created, it experienced a high volatility during most of the time. Bitcoin could grow exponentially or just drop substantially in a short period of time. And these fluctuations were sometimes larger than 20%, surprising the whole crypto industry and investors.

Bitcoin has usually been compared to gold since it has similar characteristics with the precious metal. Indeed, gold and Bitcoin can be mined in a similar way, they are extremely difficult to be counterfeited and they are also controlled by a single entity. Furthermore, both of them can be used as haven asses during difficult times in the markets.

Both of the assets started being traded without having an exchange-traded fund (ETF) available. Indeed, Bitcoin is waiting for the first crypto-ETF to be approved by the U.S. Securities and Exchange Commission (SEC) in February. The first gold ETF was introducded almost 15 years ago, having a deep impact in the price of the precious metal.

Although gold has been in the market for a long period of time, Bitcoin seems to behave in a similar way to the precious metal in terms of market performance. However, it is not possible to predict what will happen if a Bitcoin ETF is approved in the near future.

Once the first gold ETF was launched, the price of the asset raised three times in a period of around 9 years, which marked a peak during the eurozone debt crisis in 2011. Goldmoved from $332 up to $1,600, allowing investors to understand how the asset behaved, improving price discovery and liquidity in the market. Bitcoin could also experience a price increase after the approval of an ETF.

However, there are some experts that believe that with more institutions entering the market Bitcoin could start tobe more correlated with stocks and other assets. This is something that he market will hve to better understand at the time of building portfolios and structuring their investments.

There are also several comparisons between Bitcoin (BTC), blockchain technology and Initial Coin Offerings (ICOs) with the dot-com bubble at the end of the 90’s. There were several companies that experienced massive price increases during that time. Nevertheless, most of them crashed and some couldn’t recover from that moment.

This is something similar to what happened to the crypto market between 2017 and 2018. In 2017, Bitcoin and other coins reached new all-time highs and records, but after it in 2018, the market entered a bear trend that continues until today.

Can be Bitcoin considered a commodity? In terms of interchangeability, one of the main features of a commodity, of course it is. Although Bitcoin and oil, for example, have a limited supply, oil suffers from depletion, but Bitcoin not. If prices move up or down, companies will produce more or less oil than necessary. Bitcoin cannot adjust the supply created.

Regulatory agencies around the world will have to perform an exaustive analysis on Bitcoin and how they consider it. This will help investors and companies operating in the market to operate in a more clear environment with better rules and increased predictability.

Taking into account the things that we mentioned in this article it is possible to have a better idea about how Bitcoin can perform in the future and how not.