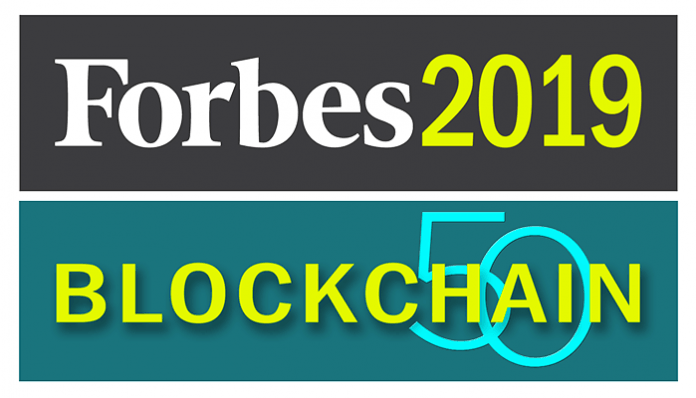 Forbes has prepared a list called “Blockchain’s Billion Dollar Babies,” with companies that have a minimum value of $ 1 billion and have implemented blockchain technology or are planning to do so soon.

While cryptocurrency is struggling to achieve mainstream adoption, these #Blockchain50 companies are committing manpower and capital to build the future on top of shared databases: https://t.co/CwhWbC4L0z by @DelRayMan pic.twitter.com/J3RItmI8yI

In addition, there are also three cryptocurrency-related companies on the list; the American cryptocurrency-exchange Coinbase, Ripple, the company behind the XRP (XRP) cryptocurrency and Bitfury, a cryptocurrency-mining company whose head office is located in Amsterdam. It is striking that Binance, the largest cryptocurrency exchange in the world, is not mentioned.

The list also specifies which blockchain protocols are used and by whom. The Ethereum blockchain, the Hyperledger Fabric, Quorom, Bitcoin and the R3 Corda protocol of the Blockchain Consortium are popular.

The article also mentions the Deposity Trust & Clearing Corp (DTCC), a giant financial archive company, as an example of a company that will implement blockchain technology in the coming months.

The US company tracks more than 90 million transactions per day, which is the largest share of the $ 48 trillion in securities in the world. Data from more than 50,000 accounts is transferred to the Axcore blockchain in which more than $ 10 trillion in credit derivatives is stored; that is more than 50 times the total value of the entire cryptocurrency market.

A number of interesting figures are also mentioned in the report. According to the International Data Corp. the total expenditure for blockchain in 2019 would be around $ 2.9 billion, which is an increase of 89% compared to last year. According to a study by PricewaterhouseCoopers (PwC) last year, 84% of 600 companies surveyed would at least be working on blockchain technology.

In February Forbes published the Fintech 50 list, a list of the 50 most innovative companies in the financial technology sector. There were then six blockchain companies on the list: Axoni, Bitfury, Circle, Coinbase, Gemini and Ripple.

Last November, the world of cryptocurrency and blockchain was well represented on the “30 under 30” list; a list of promising entrepreneurs who are younger than 30, from 20 different sectors with 30 people from each sector.

Volvo Invests in Blockchain Startup to Trace Cobalt in Its Batteries