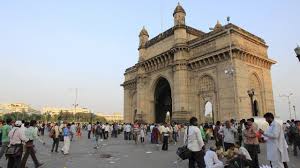 India’s National Institute for Smart Governance (NSIG) has suggested that laws and regulations should cater to the functions that are performed by technologies like blockchain, and not to the technology itself. NSIG is a public-private body promoted by the Central government and software industry lobbying group NASSCOM. In July 2019, the National e-Governance Division (NeGD) had given the responsibility of preparing the policy to the NSIG.

Public statements, whether through the press or formal speeches, are helpful but are not official statements of application by the agency. If an agency intends to enforce its laws in new and innovative ways, it must first notify industry stakeholders of its intent to do so and the way in which existing law applies.

The policy also recommends the establishment of an organization to coordinate DLT strategy across various stated bodies. The policy reads:

Given the multi-tiered and multistakeholder structure of regulation, a coordinated approach across departments and sectors is necessary. Not only would this office work to determine applications of blockchain that could cut costs for taxpayers, it could also provide a gateway for entrepreneurs to best understand the laws surrounding blockchain and virtual currencies.

To define the ecosystem for blockchain in India, the NISG said that it will be conducting stakeholder meetings in association with NeGD across some cities in the nation. It also noted that there is a lack of regulation clarity within the country.

A Lesson From Gibraltar: How to Build a Blockchain Bastion