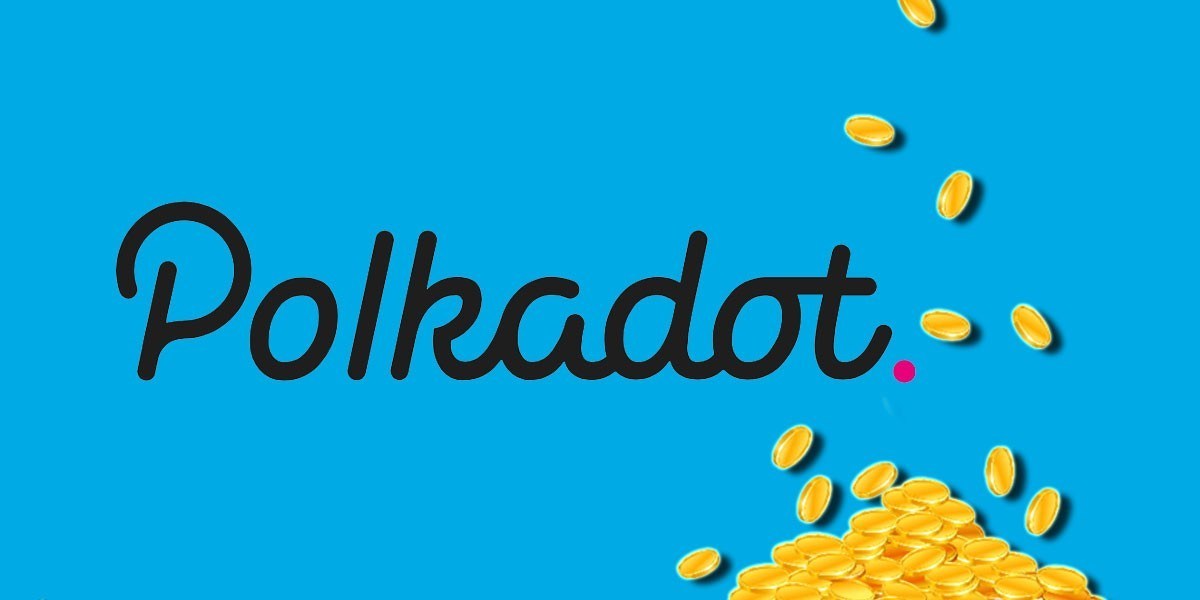 Polkadot is a new star of the blockchain space, threatening TRON, EOS and ETH

Polkadot is a blockchain ecosystem created by Ethereum’s co-founder Gavin Wood together with the Technology Director of the Web3 Foundation Peter Czaban and Robert Habermeier, announced a Thiel Fellow in 2018.

Based on a sharded protocol, Polkadot promises a fully functional and user-friendly decentralized web where blockchain networks to operate together seamlessly. The native token of the project, DOT, is used for staking and bonding purposes. Apart from that, it serves as a governance token.

To put it simply, Polkadot aims to become a link that will unite independent blockchains into a global ecosystem. Currently, numerous private and consortium blockchains, public and permissionless networks, oracles operate separately. They are mostly incompatible, and users cannot move data from one chain to another seamlessly and securely. Polkadot is here to solve this issue. It serves as a bridge that connects decentralized applications, services, and institutions.

Polkadot is in vogue among developers

According to the report issued by the research company Outlier Ventures, the number of monthly active developers on Polkadot increased by 44% in the 12 months ended in May, while other protocols experienced a decline in the activity. 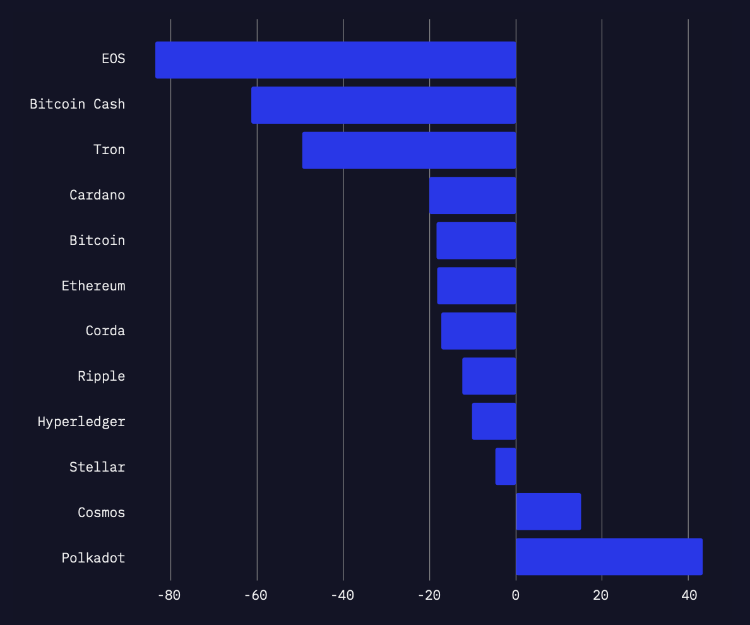 Instead of using smart contracts, Polkadot’s developers can create their own blockchains and decide on the transaction fees and speed. This feature attracts projects that cannot be built within the smart contracts infrastructure.

This differentiating characteristic allows the project to stand apart from the competitors and work within its niche. According to Dan Morehead, founder of Menlo Park, California-based Pantera Capital Management, Polkadot is currently trading at 10% of Ethereum’s value. Still, it has a good chance of becoming a strong competitor to the second-largest blockchain network.

Bitcoin comes to Polkadot in 2021

The developers of Polkadot blockchain announced that the wrapped Bitcoin would go live on the platform at the beginning of 2021. Notably, Wrapped Bitcoin already exists on the Ehereum blockchain. Currently, over 141k BTC worth over $1.6 billion are circulating in the ETH network.

PolkaBTC will be based Proof of Concept consensus algorithm. The Alpha testing will be launched in November, while the fully functional mainnet will go live in February 2021.

According to the official press release, the token will be issued by the Interlay team with the financial support from Web3 Foundation. Polkadot’s based Bitcoin parachain will be decentralized and governed by the cryptocurrency community.

Moreover, the new chain is promoted as open and accessible to anyone.

In the spirit of permissionless systems like Bitcoin, anyone can participate in operating the bridge: contrary to other approaches, you do not need permission or any additional token to become a maintainer and start earning fees.

PolkaBTC can remain on Polkadot indefinitely, while the holders can redeem it for Bitcoin at any time.

At the time of writing, Polkadot (DOT) takes the 8th place in the global cryptocurrency market rating with the current capitalization of $3.45 billion. The token is changing hands at $4, mostly unchanged on a day-to-day basis and down over 7% on a week-to-week basis. 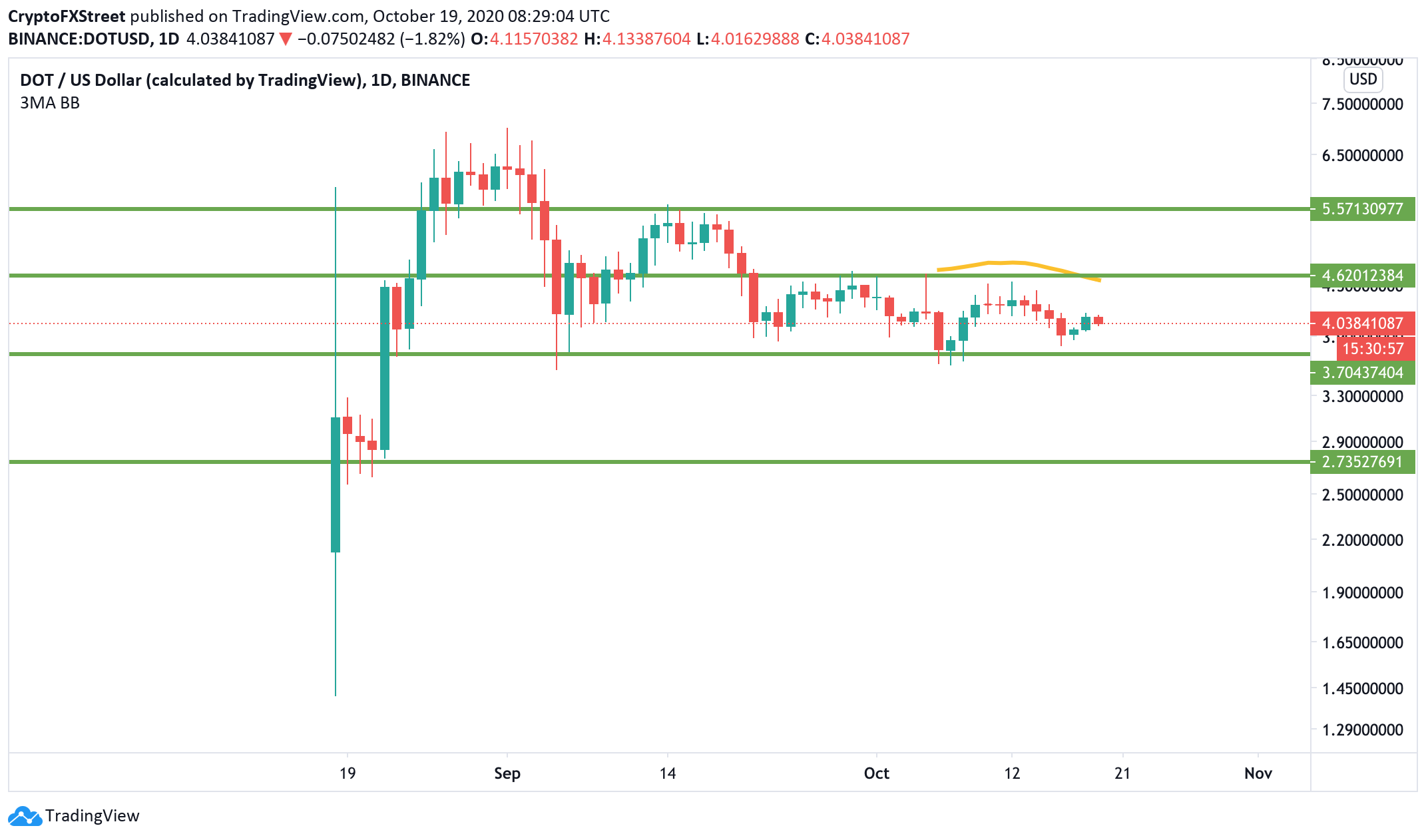 From the technical point of view, DOT/USD is initially supported by $3.7. This area stopped the decline on numerous occasions since the beginning of September. Once it is broken, the sell-off may be extended towards a psychological $3, followed by another technical support of $2.7.

On the upside, the local resistance comes at $4.6. This barrier is reinforced by the short-term moving average on a daily chart. Also, it has been limiting recovery since the end of September. Once it is out of the way, the upside is likely to gain traction with the next focus on $5.5.

Payments-focused cryptocurrency Dash now has a bridge to DeFi

US Telecoms Giant Comcast to Make Blockchain Software Available in 2019