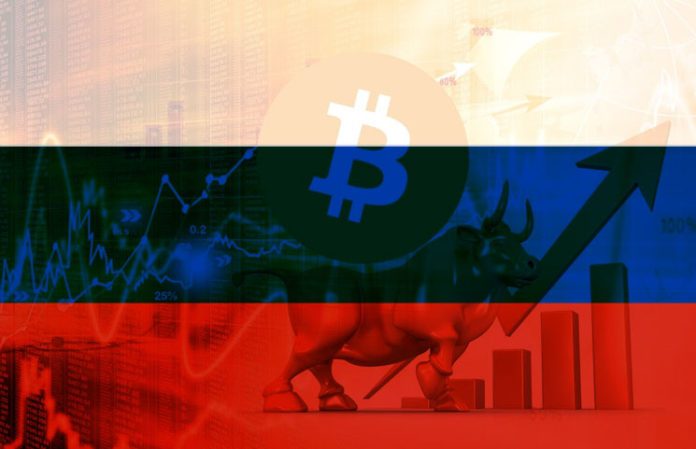 Russia Could Trigger A Major Bitcoin Bull Run, Hints To Adopt Bitcoin And Ditch The US Dollar

A high profile lecturer at the Russia Presidential Academy of National Economy and Public Administration, Vladislav Ginko, has said that the new US sanctions against Russia might force Kremlin to invest in bitcoin massively, a move that triggers the next major bitcoin run.

Speaking to Micky, a crypto news outlet, Mr. Ginko said that the sanctions imposed by the U.S. may be mitigated by adopting bitcoin. In his own words, he said that:

“US sanctions may be mitigated only through Bitcoin. Because of US sanctions, Russia’s elite is forced to dump US assets and US dollars and invest hugely into Bitcoins. The central bank of Russia sits on $466 billion of reserves and has to diversify in case there are limited opportunities to do it (in the future).”

Move To Begin In “A Matter Of Weeks”

According to Ginko, the move by the government to move in and adopt bitcoin will happen in “a matter of weeks.” The lecturer has been around various media outlets in Russiaadvocating for the adoption of bitcoin, claiming that it’s a haven asset.

What This Means For Bitcoin And The Entire Crypto Market

The comments by Mr. Ginko can’t be taken lightly, considering that he’s a high profile person enjoying close ties with the government of Russia. If the move materializes and the country (along with its elite class) manages to invest in bitcoin, there’s no doubt that the price of the asset will shoot drastically.

The sudden upward surge could also be good news for other coins in the market. More people not only from Russia but also in other regions and allies may follow suit, triggering a major bull run across all digital assets.

What Bitcoin Did: Mike Dudas from The Block on Crypto Journalism