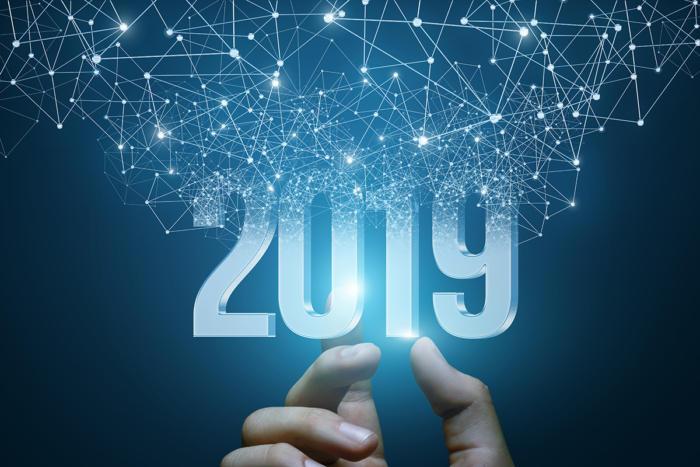 
In a space infamous for promising radical transformation but delivering mostly prototypes so far, Roberto Mancone, we.trade’s chief operating officer, has a record of making good on his pledges.

Early last year, he promised the trade finance blockchain platform would go live by mid-2018 – which it did, with a focus on trading between small and medium-size enterprises (SMEs) in various European countries.

Later in the year, we.trade pledged it would make its first move outside Europe – which it did, announcing a project to explore interoperability with Hong Kong’s eTradeConnect and a move into Asia.

Enterprise blockchain watchers will also recall that Mancone predicted Batavia, the other trade finance blockchain built on Hyperledger Fabric, would probably join forces with we.trade. This more or less came to pass. Batavia no longer exists; out of its five banks, three decided to join we.trade. (All told, we.trade grew from seven shareholder banks to 12 over the course of last year and a total of 14 licensee banks.)

Given his prescience, then, it’s worth listening to what Mancone has to say about the year ahead. According to him, 2019 will be a year of forging partnerships for we.trade.

“As well as piling clients onto the platform, our goal is to continue extension in Asia and also develop some strategic partnerships outside of the financial market,” he told CoinDesk.

The goal of such tie-ups is to speed up the proliferation of the platform to new territories and also take it beyond the bank-backed aspects of trade finance, to ultimately create a convenient, frictionless user experience for clients involved in all areas of global trade. As Mancone put it:

“The ultimate journey for the clients is not necessarily to work with one big player who does it all, but with a group of players that allow a seamless journey.”

Explaining we.trade’s interest in linking up with eTradeConnect, Mancone said: “Instead of building something or licensing something, we wanted to see if we could connect to platforms that have similarities in terms of products because that will save a lot of time and energy.”

It should also be emphasized that simply getting a banking blockchain platform into production remains a rare feat these days. This makes we.trade something of a rock star, at least in the world of enterprise blockchain.

For 2019, the focus of geographic expansion will be “extended Asia,” which could possibly include Singapore, the southeast Pacific region and India, or the UAE, Mancone said. As far as timing on the Hong Kong PoC, Mancone said, “we expect to finish this test by end of Q1, and when we are comfortable we will attempt to move into production.”

One platform which Mancone has an eye on is IBM and Maersk’s supply chain DLT, TradeLens, which is also built using Hyperledger Fabric. Given the focus on global trade, and the fact that IBM is we.trade’s original development partner, some form of collaboration wouldn’t come as a huge surprise.

TradeLens has digitized documentation for the entire supply chain, while we.trade’s smart contracts automate and guarantee transactions between the banks of SMEs that are importing and exporting goods to one another.

With TradeLens, IBM and Maersk have already connected numerous customs and port authorities, carriers, freight and logistics firms all over the globe. Combining this with we.trade would be “a game-changer,” said Mancone.

“A project like TradeLens is, of course, extremely interesting for us. If you think about the ecosystem that we want to build, our platform is not a trade finance platform. It’s a trade platform,” he said.

Mancone acknowledged that forming a partnership such as this would require serious talks, adding that “we are constantly monitoring each other and constantly having dialogue to understand at what stage these other projects are at.”

“TradeLens and we.trade both stand to transform their industries, and we believe there is significant potential and value in these platforms collaborating.”

Another platform proposition Mancone is watching is TradeShift, which simplifies payment and procurement across supply chains for large corporate clients, and which boasts some 1.5 million users on its network.

TradeShift, which did not respond to requests for comment by press time, has been relatively quiet regarding blockchain despite joining Hyperledger as a premier member in 2017.

“We have talked to them,” said Mancone. “TradeShift and we.trade would be a good fit in terms of their complementary roles. I guess when I mention 2019 as the year of partnerships, TradeShift could be one of the potential partners.”

“TradeLens is the digitization of the entire supply chain and documents. TradeShift is really procurement, while we have the conditional payments and smart contracts – so if you put all these pieces together, it’s a good picture.”

Stepping back, we.trade differs from other enterprise blockchain efforts because it is a company rather than a consortium. As such, its governance structure seems to be palatable to shareholder and licensee banks, while also allowing the platform to move more quickly than competitors.

“We made it very clear that intellectual property is not owned by the banks. This is a big distinction between us and the other consortia. We are a legal entity and the IP is owned by the legal entity and it can be licensed to any other banks or partners without asking them to become shareholders. With currently 12 shareholder banks that means an average of almost 9% shares ownership.”

Mancone said the banks are content not to own the IP (provided their competitors don’t either), while still owning an equal share of the pie.

“Everybody that’s interested in the company or believes that the company can be of benefit can become a shareholder; it’s not limited, the number of shareholders,” he said. “This creates better acceptance because we put them all at the same level in terms of features, functionality and the platform that we provide.”

Moving swiftly towards production is a good reason to avoid the traditional consortia model where a lot of time is spent around a table, possibly with lawyers present. However, we.trade’s approach is also a significant departure from TradeLens, where the IP is divided between Maersk and IBM, something of an obstacle when it comes to getting other shipping carriers to join the network.

At the moment we.trade’s development is outsourced to IBM, which also provides its private cloud architecture. Mancone said this is because “we want to have a very light company with a very strong partner to start and more partners to come.”

But he said going forward the company is hiring tech expertise and the plan is also to create an API infrastructure so that fintech firms can tap into the platform and help enhance it.

He said this would reduce the dependency on one vendor and foster the creation of an ecosystem. In terms of forming deeper partnerships with IBM, Mancone said there are clear differences between components or activities developed by Big Blue, which it holds the IP for, and the we.trade platform itself.

“But the entire platform that is built, as it is built, that is the IP of we.trade,” he said. “So there is clearly a differentiation between the IP owned by IBM, which are the single components that allow us to build the platform, and the platform itself which is the we.trade IP.”

What Caused Ethereum, Bitcoin Cash to Plunge 15% in Less Than 4 Hours?