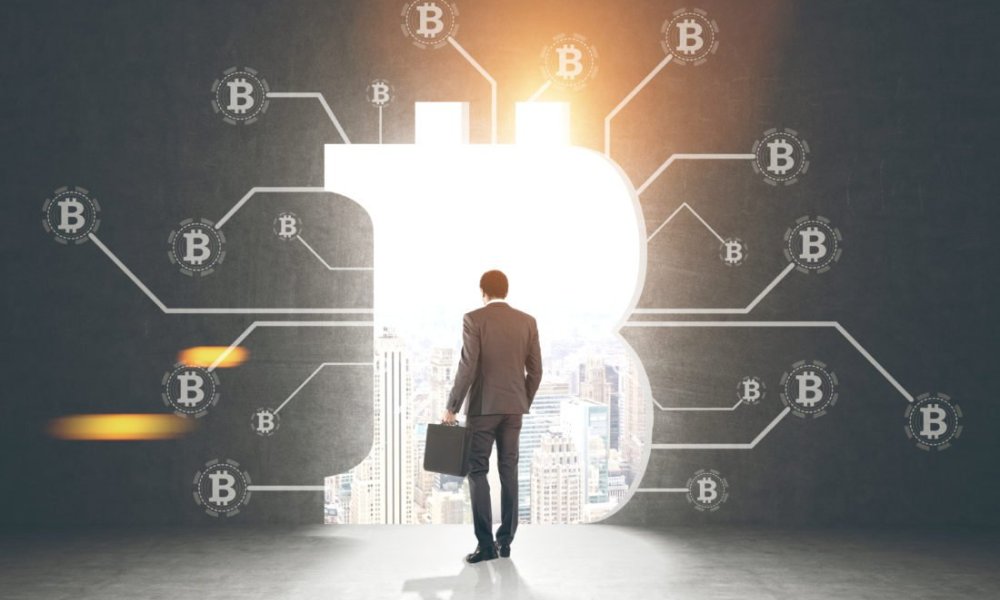 
Both the Dow Jones Industrial Average and bitcoin price took steep losses on Monday, as high-risk assets and traditional investments alike grappled with the ramifications of the government shutdown, a growing US-China trade imbalance, and bearish technical indicators.

Dow Poised to Open to Steep Losses on Monday

As of 8:35 am ET, Dow futures implied a loss of 196 points or 0.82 percent at the open after trading more than 200 points down earlier in the day. S&P 500 and Nasdaq futures also traded firmly in the red, indicating opening bell losses of 0.84 percent and 1.04 percent, respectively.

All three indices had snapped a five-day winning streak on Friday, ending a string of consecutive daily gains that was longer than any the stock market had seen for months. In fact, the Dow and its peers had ended the first seven trading sessions of 2019 with their best start to a year since 2006.

Increasingly, the stock market appears unable to shake off mounting concerns related to the US government shutdown and US-China trade war, and Wall Street must further now contend with what some analysts believe could be a disappointing earnings season.

Many observers had expected US President Donald Trump to strike a deal with House Democrats before Friday when hundreds of thousands of federal workers missed their first full paychecks. (Affected workers will be compensated once their departments receive funding, but many do not possess the savings to tide them over.)

Nancy and Cryin’ Chuck can end the Shutdown in 15 minutes. At this point it has become their, and the Democrats, fault!

However, the weekend came and went without an agreement to pass a spending bill, and Trump continues to issue conflicting statements on whether he will declare the situation at the US-Mexico border a national emergency, which — pending a court battle — could provide him with funding to build his desired border wall without congressional approval.

“Nancy and Cryin’ Chuck can end the Shutdown in 15 minutes,” he tweeted on Monday. “At this point it has become their, and the Democrats, fault!”

Concurrently, newly-published government data indicates that the US trade deficit with China is growing, despite the Trump administration’s controversial trade war.

According to Reuters, China’s trade surplus with the US was at least $323.32 billion in 2018, a year-on-year increase of 17 percent and the largest discrepancy since 2006.

As CCN reported, the US and China recently concluded a round of mid-level trade talks that appeared to bring the world’s two largest economies closer to reaching a deal to end the trade war, which is scheduled to heighten when a “tariff truce” expires on March 1.

However, this data could embolden the protectionists within the Trump administration to increase their commitment to tariffs intended to rebalance the trade relationship between the US and China.

While the government shutdown and trade war continue to weigh on the stock market, traders will be closely watching the beginning of corporate earnings season, as publicly-listed firms publish fourth-quarter results that analysts worry may be less than rosy.

Already this morning, banking giant Citigroup announced that it had missed analyst estimates by around half a billion dollars, or 2.8 percent, blaming a decline in bond trading revenue.

On the cryptocurrency front, the picture is perhaps even bleaker. Sunday saw bellwether the market endure another major sell-off, forcing the bitcoin price as low as $3,481 on crypto exchange Coinbase for a weekly decline of more than 11 percent.

Other top coins have fared even worse, with the ripple price dropping 12.5 percent to $0.32 over the past week and ethereum and bitcoin cash each plunging more than 23 percent. Just one top-ten cryptocurrency — Tron — continues to flash a green weekly candle, though it has completely erased the rally it assembled earlier in the month.

Bitcoin’s five-day chart shows three distinct sell-offs, and many cryptocurrency analysts have taken this recent performance as evidence that the bottom is not yet in for the already-battered crypto markets.

The Bear Case for Bitcoin

Willy Woo, who has long argued that the market will not find a floor until mid-2019, said that Bitcoin Network Volatility (BNV) indicates that the market is in the “middle of the bear detox.”

“In order for the bottom to be in, the volume of coins changing hands becomes steady, currently it’s very erratic, synonymous with middle of the bear detox,” he said.

Is the bottom in? Not yet.

In order for the bottom to be in, the volume of coins changing hands becomes steady, currently it’s very erratic, synonymous with middle of the bear detox. (In this chart I’m tracking the volatility of on-chain volume). pic.twitter.com/aVYI1Ortxh

Similarly, former IMF economist Mark Dow — a hedge fund manager who shorted the bitcoin price from Dec. 2017 to Dec. 2018 — said that $3,500 was a crucial support level for the cryptocurrency. “If it breaks 3500 in the next couple of days,” he wrote on Friday, two days before the sell-off, “the debate is over.”

If it breaks 3500 in the next couple of days, the debate is over. $BTC $XBT #bitcoin https://t.co/ihuYaVMDiE

Unlike Willy Woo, though, Dow believes that bitcoin not only remains in a bear market but stands to see even sharper declines in the months (and years?) ahead. According to him, even the bulls need to “GTFO.”

Of course, not every analyst is that bearish, and others including Mati Greenspan have made the case that the bitcoin price has not yet slipped between a critical support level.

“In line with what we’re seeing above [in traditional markets], the risk assets are on the ropes and bitcoin is no exception,” wrote Greenspan, the senior market analyst at eToro, in daily market commentary made available to CCN. “Just as the stock markets have reached a point of inflection the crypto markets are now giving a heavy test of their support levels.”

Those that have recently called the bottom may not be wrong though. The critical support level for bitcoin is at $3,000, so we’re still about $500 above that at the moment.

At press time, the bitcoin price was trading at $3,540, while the overall cryptocurrency market retained a $118.6 billion valuation.