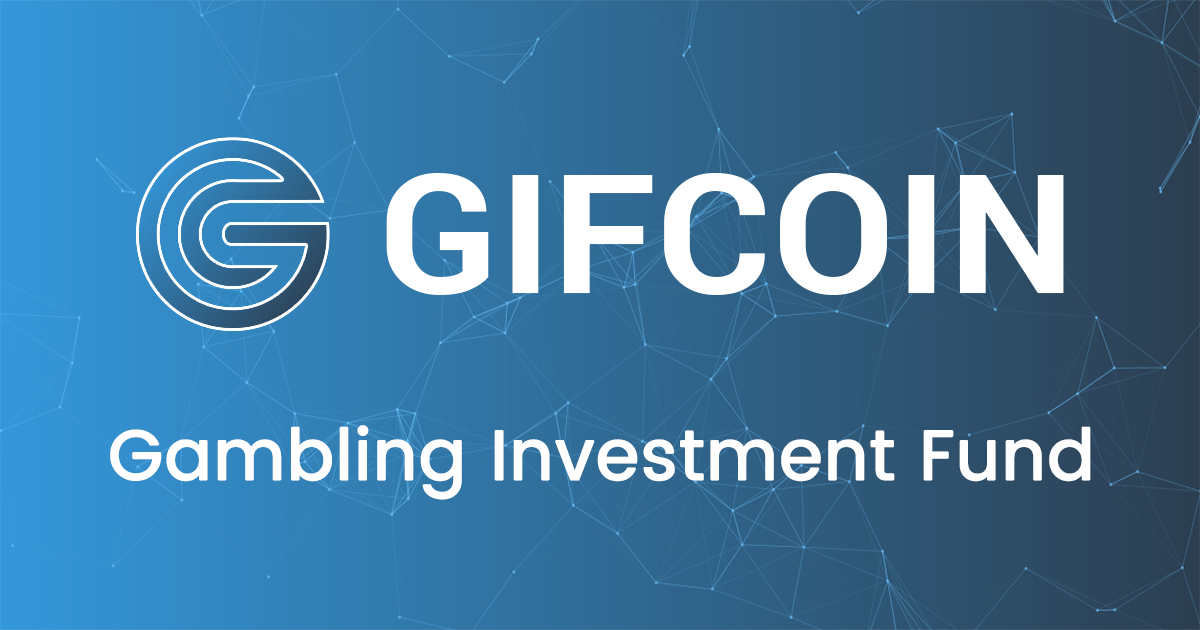 The online betting portal Buff.Bet former name Buff88 launched the GIFCoin token about a year ago. “GIF” stands for Gambling Investment Fund and the token is a fund-raising exercise for a profitable going concern.

Operating in the lucrative online gaming arena, Buff.Bet already has a share of the annual $533 billion global gaming industry.

The company’s origins are from the creation of a small team circa 2011, which was initially centered around affiliate marketing. After many associations, the company’s research pointed to the profitability of the betting and gambling arena. From that focus on producing bookmaker and gaming website catalogs in their home country of Bulgaria, six months later Buff.Bet penetrated the UK gaming market by producing betting affiliate catalogs. By 2015, a number of countries had been added to Buff.Bet ‘s client portfolio.

Buff.Bet primary focus in the ICO is an aggressive advertising and marketing campaign through which it hopes to grow its user base substantially. The company has ambitious plans to enter the ranks of the top 15 bookmakers worldwide, each of which collects around $750 million per annum.

What Issues will the GIFCoin ICO Solve?

Buff.Bet, along with other members of the industry, is aware of the preclusion from participation of users who favor digital currencies. In the current rise in adoption of cryptocurrencies, the frustrating reality emerging for many users has been the inability to game online with digital coins.

Furthermore, transactional speeds and surrounding admin before and after placing a bet has always been an unwelcome process for users. The inability to employ the currency of their choosing and also to quickly dip in and out of gaming platforms have been persistent user nags.

Online gamers will now be able to employ bitcoinor another cryptocurrency as a betting currency. Built on the Ethereum platform, it’s also likely that many more digital coins will become accepted fare on the company’s site. Also, the company’s ambition is to offer state-of-the-art technology, with all of the latest facilities and user experiences built in for gamers and thus will address transactional speed as a given, quite apart from the ease of use of cryptocurrencies, and bitcoin in particular.

This “investment fund” is backed by a going concern and, unlike most other ICOs, is not a new venture seeking startup capital but rather an established concern looking to expand. In the words of the development team, their “… aim is not to convince you that we are crafting something genius.

The idea of GIFcoin’s Initial Coin Offering (ICO) is to raise capital, which they will use to upgrade Buff.Bet gambling platform, as well as popularize and promote the Buff.Bet Brand in the most promising betting markets.

“After we have completed all these steps, we expect a large increase in BuffBet clients. As a result, we will share 80 percent of Buff.Bet’s net proﬁts with our GIFcoin token holders on a yearly basis. As simple as that.”

“It all started back in 2011 when we formed a small team, consisting of a web designer, a SEO master, a PPC expert, and a programmer. Instead of creating a studio for web design and marketing, we decided to begin with our own projects related to afﬁliate marketing.”

And the rest of the team Buff.bet has a strong team, that will deliver no matter what.

Since Buff.Bet is a current member of the multi-billion dollar online gaming industry, with revenues posted in the whitepaper too, the risks of failure are far less. Returns are likely to be good, looking at a relatively pain-free growth chart since inception. Buff.Bet is simplifying its offer with a straightforward give-us-this-and-we’ll-give-you-back-that structure with definite timelines and objectives.

What is the vision of GIFcoin and buff.bet?

Will there be a annual profits end of the year?

“Yes, there will be a annual profit end of the year.”

Where do you think gifcoin and buff.bet will stand over a year?

Can I still buy GIFcoin?

“No, currently you cannot buy GIFcoin.”

When will gifcoin go to an exchange?

“When we have created enough value for the token.”

Can we bet with crypto on Buff.bet?

“Yes, you can bet with all major cryptocurrencies, including BTC, ETH, and LTC.”