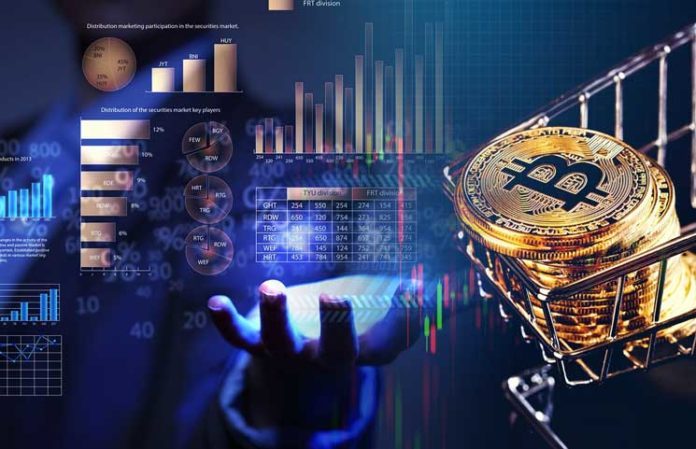 Bitcoin’s close doesn’t inspire either a bullish or bearish bias for the time being. This type of price action doesn’t bode well for bulls as it appears support in the mid $3000’s is beginning to wane

Our analysis from this morning remains unchanged; therefore, our team will still hold its hedges in place from $3900. We expect more downside to ensue for $BTC and alts alike.

Some of the recent sell off may be partially caused by Ethereum’s Constantinople delay. A critical vulnerability in the blockchain upgrade was discovered by a smart contract audit firm on Tuesday.

The long-awaited Constantinople upgrade may have propelled Ethereum’s 100% rally from 2018 lows, but its delay may have negatively impacted the price of Ether as well as the alt market.

With a long-term scope in mind, the discovery of the incorrect code is a good thing for the crypto space as no real harm was able to transpire from faulty code.

Will the implementation of Constantinople provide a resurgence to crypto markets? Unfortunately, our team does not believe this will be the case.

Nonetheless, it is important for this space to continue the battle for smoother operability and system awareness as the crypto sphere continues to evolve.

The BTC price closing at $3,637 (Bitmex Pricing) today, with 24-hour volume leveling around 5.4 billion USD. This price action we have seen the whole week, is considered quite choppy. We typically do not trade these movements.

Maybe the weekend will bring some interesting price action?

For now, it seems the $BTC will continue to consolidate between $3479 and $3718, forming a pennant with an equilibrium price of around $3600.

In case we break out upwards, we probably will see a classic Bart-up towards the 4k region. If we break down, we have a continuous trend and are likely to retest the recent lows of December 15. This could be our first bloody Monday of 2019, let’s hope not.

As a follow up on the Ethereum’s Constantinople fork. Developers just announced that the hard fork activation has been set for block number 7,280,000, scheduled to hit on February 27.

Since the announcement, the market has not really responded to this news, yet. We expect little price movement from Ethereum in particular and we think this news is already priced in.

In other news, the beloved rumor that Russia would start buying Bitcoin is untrue. A Russian government official Elina Sidorenko stated that, at this moment, Russia does not possess sufficient infrastructure to support cryptocurrencies.

Here’s How Profitable Ethereum Is After 48% Correction

Ethereum’s Dropping Correlation to Bitcoin Points to an Altseason