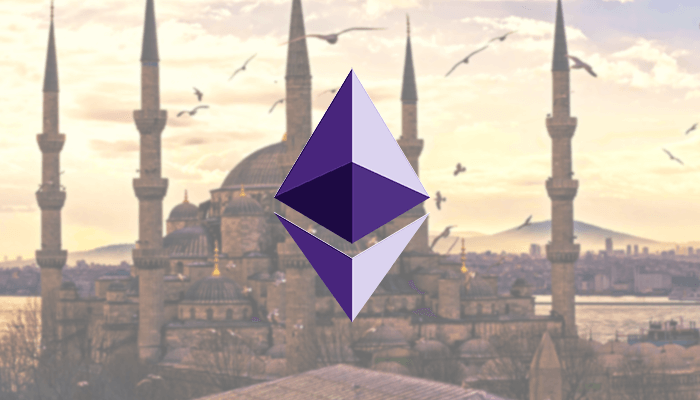 This week the Constantinople hard fork takes place on the Ethereum network, but that will probably not be accompanied by major price fluctuations; something more often the case with previous hard forks.

If all goes well then the update will be carried out after block 7.2800.000 in the Ethereum blockchain, which is expected to be on February 28th. It is possible that a day or two will be deviated from here because of the unpredictability of crypto-mining.

Ethereum fans and blockchain experts have been looking forward to the hard fork for some time. However, it is unlikely that major price fluctuations of ether (ETH) will occur this week. Jehan Chu, co-founder of Kenetic, says he does not expect any violent reactions at all:

The upcoming Ethereum upgrade is an exciting milestone in the largest and most evolved blockchain community.

Although I do not expect a big price response, its implementation will be an important and encouraging signal for the thousands of developers building on Ethereum and for hundreds of companies such as Levi Strauss, JP Morgan and the UN World Food Program.

Big change comes in small steps and Constantinople is simply the last successful step in the journey to a better internet.

Despite possible failures or other problems, Ethereum still retains a significant advantage in terms of the devotion of developers to the platform.

We, as part of the Ethereum ecosystem, want to gain insight into the impact these forks have on our existing work and our code after the upgrade, and what effect this may have on network use, through these and following ‘forks’. costs.

The team behind Ethereum has been careful with the hard fork. On the platform more decentralized applications (dApps) run on any other platform. The blockchain manages billions in value and an error or failure in the hard fork could have costly consequences. In January, a security problem was discovered which caused the then postponement of the hard fork.

Cryptopia Calculates That 9.4 Percent of Assets Stolen in January Hack

The Samsung Galaxy S10 is going to support bitcoin, ethereum and more!

Ethereum’s $1,350 is the Level to Watch Ahead of the Monthly Close