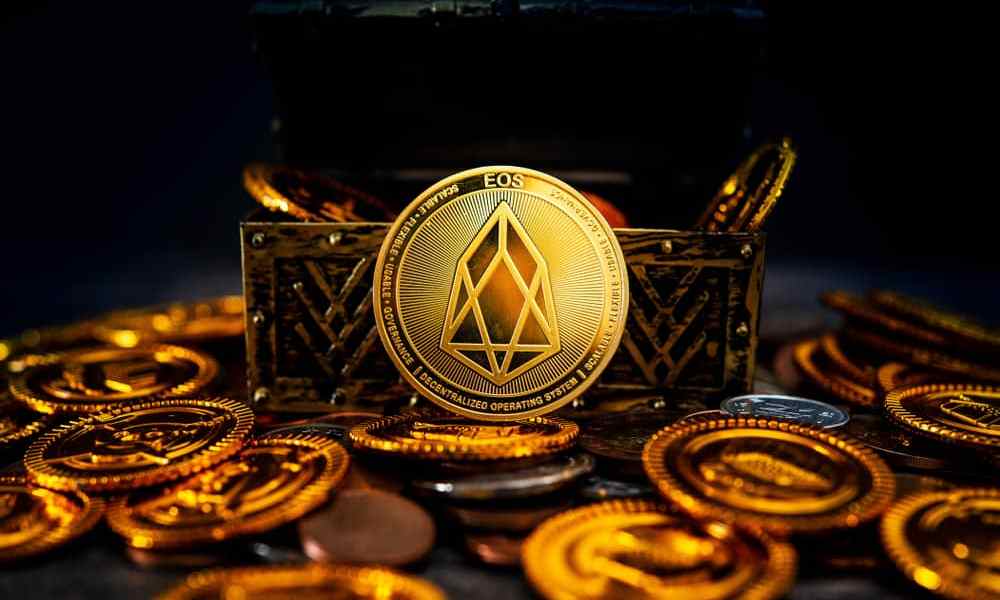 EOS [EOS] in downtrend despite trading in green: Technical Analysis

Even at a time when the major altcoins including EOS is trading in green, the coin is exhibiting a gradual downward trajectory in bullish zone. The hike in Bitcoin [BTC] value has mostly pulled the coins in the green. However, over the day, the fifth most valuable digital asset, despite, enjoying the thrust of bulls is currently moving in downward trajectory. During the brighter phase in the crypto market, EOS has increased almost 6% in the last seven days while it took a major leap of nearly 59% in the last one month.

Though the MACD indicates that the digital asset is trading in bullish territory, however, the coin is moving in a downward trajectory. The 100 EMA line suggests that the coin is in a downtrend. The virtual asset is currently trading bar below its key resistance level, which can be traced at $2.96.

The hourly RSI indicator was noted at 39.6, which implies that the cryptocurrency is rapidly advancing towards the oversold level due to heightened selling pressure in the market. According to CoinMarketCap, its market cap of the virtual currency stands at $2.52 billion. At the time of writing, the coin has edged up nearly 2% against the U.S. dollar to trade at $2.79.

In a recent interview with BCFocus, Thomas Cox, the interim Executive director of EOS Alliance, has provided his views about its progress and its future projects. The Alliance is the fourth attempt by the community to self-organize and form a coordination-and-communication mechanism. The idea has been in the air for years before EOS was created — nearly every significant public blockchain has an analogous structure, said Cox during the interview. The goal of the Alliance is to assist all of its community stakeholders to find their voice and be heard in the community, so the EOS mainnet can evolve to serve humanity’s needs

EOS is seeing a significant hike in prices after Brendan Blumer, CEO of Block.one proposed “vote rebate” to address the EOS vote-buying scandal. Blumer took to Twitter on New Year’s day to propose vote rebate. He said that EOS should change its constitution to enable block producers to pay dividends to the users. He added that this would also give more value to the token holders who provide to block producer’s stake. The proposal could solve the troubles created by the vote-buying scandal including centralization fears of the community. The EOS vote-buying scandal erupted as Starteos, an EOS

This Statistic Shows How Small Ethereum’s DeFi Space Really Is

Vitalik Buterin Acknowledges Zilliqa Saying It Has A Lot Of Room To Grow, Just Like Ethereum