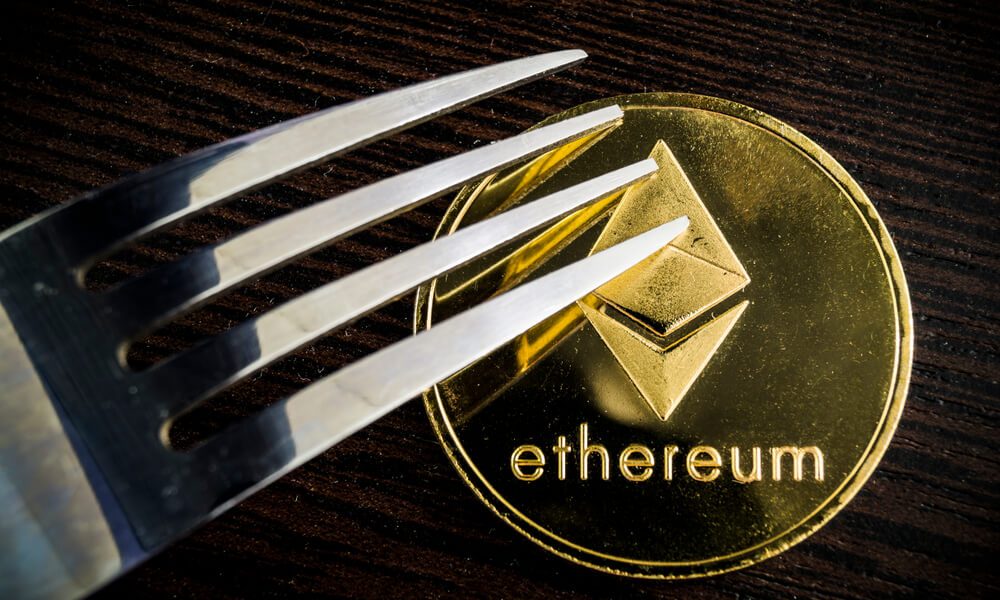 Ethereum Constantinople Hard Fork – What is it and How Might it Affect Prices?

Terms such as soft, hard and fork are currently words on everyone’s lips in the cryptosphere. Let’s take a dive in and try and work out what is about to happen to the second largest cryptocurrency Ethereum (ETH).

Forewarning, if you hold ETH in any capacity, you do not need to do anything!

Put simply, forks are updates to a cryptocurrency’s network. It’s a way of introducing new features and fixing issues which can exist in the system. To ensure that things don’t go wrong, everyone running the blockchain software – the “nodes” must update. It’s in this that everyone has the same features and fixes.

Why the word fork you ask? It’s because it’s like a fork in a road. The blockchain splits into two chains – the new “road” and the old one. The new one contains all the new features and fixes and the old continues on as if nothing changed.

This is where things can get complex – not everyone agrees all of the time. Those running the nodes can decide to support the new fork or the old one. These are is known as contentious and non-contentious forks. Those that are non-contentious, the old chain dies off when users stop running the old software and no new blocks get added to the chain. It naturally slows and dies. The coins have no further value.

The interesting part is where forks are contentious, both roads of the fork continue and have value. This is how Bitcoin Cash split from Bitcoin and how Ethereum Classic split from Ethereum.

This is where Ethereum’s pending fork comes in, the update is currently non-contentious and it’s fully expected that the Ethereum blockchain will proceed down this new path.

There is precedent for this also, the previous updates Byzantium in 2017 and Homestead in 2016 both completed with two chains with the old chain falling away almost instantaneously. The beauty of these updates is that the average user has nothing to fear and will not notice any changes or that the fork even occurred at all.

Without getting too technical, the proposed fixes and updates will result in shifting the cost of operations. Currently the “gas” (gas effectively is equivalent to a transaction charge) cost is 35 to make an operation, this will drop down to a cost of 3. In addition, there will be a lowering of cost toward running a node- Block time should stay at about 15 seconds, with transactions per second remaining at a similar average rate. In short, the changes are there to make the cost of running the network cheaper.

Risks and the future

In the short term, shortly before and during the fork expect to see price volatility pick up although we would expect to see things steady out after there is consensus on the chain. It has been widely reported that this hardfork is expected to relieve some of the tensions that have been building regarding ETH and is likely to be positive for the valuation of Ether in the foreseeable future. Either way, all eyes are on Ethereum over the next 48 hours to see how it all goes.

Bitcoin price analysis: A little push is what BTC/USD needs