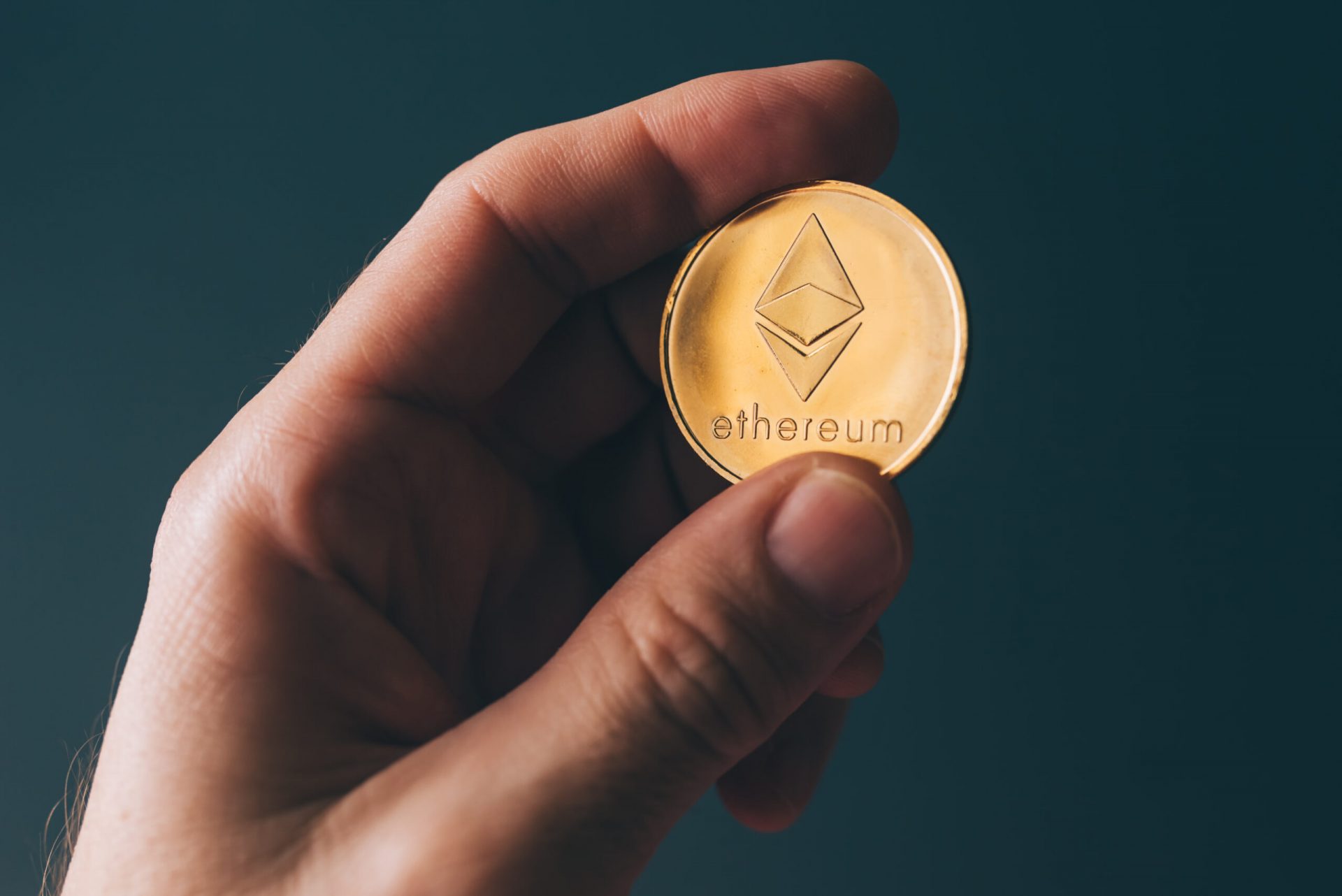 Ethereum was noting a lot of downward pressure on the charts, with its price collapsing from $238.34 to $229.77 within an hour. While at the time of writing, ETH’s price had recovered somewhat, trading at $232.53, the pressure from the sellers continued to linger in the market. Irrespective of the price of the coin, however, Ethereum’s blockchain has been seeing an increasing share of ERC-20 tokens off-late. In fact, according to data provided by Messari’s Ryan Watkins, the market cap of ERC-20 tokens is now closer than ever to that of Ether. 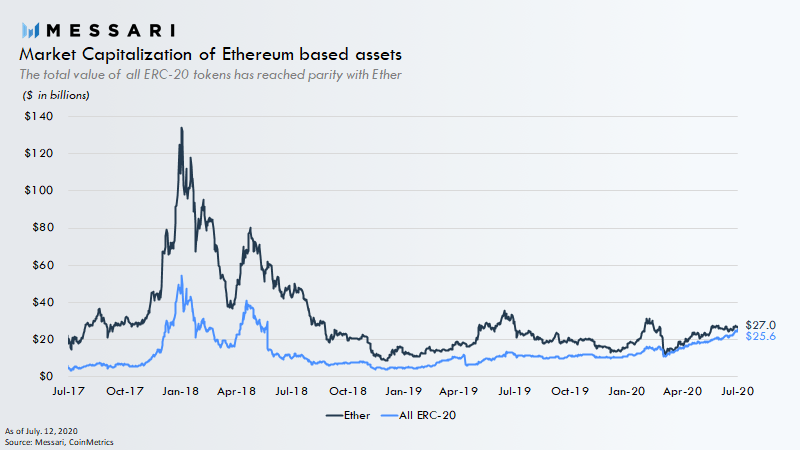 According to the chart attached herein, Ethereum’s blockchain secured $52.6 billion in assets, out of which $25.6 billion were in tokens. This calculation excluded derivatives like Compound USDC and tokens that had migrated to different chains like Binance. Interestingly, even the figures here seemed to be in dispute as on the contrary, other community members were quick to point out that according to Etherscan, ERC-20 market cap had climbed to $33 billion, while that of Ether was recorded to be $27 billion.

Whatever the actual figure may be, the surging growth of ERC-20 tokens’ market share has had a profound effect on the Ethereum blockchain, with the value secured by Ether now at its lowest level. In fact, at the time of writing, Ethereum accounted for only 51% of all the value on the blockchain. 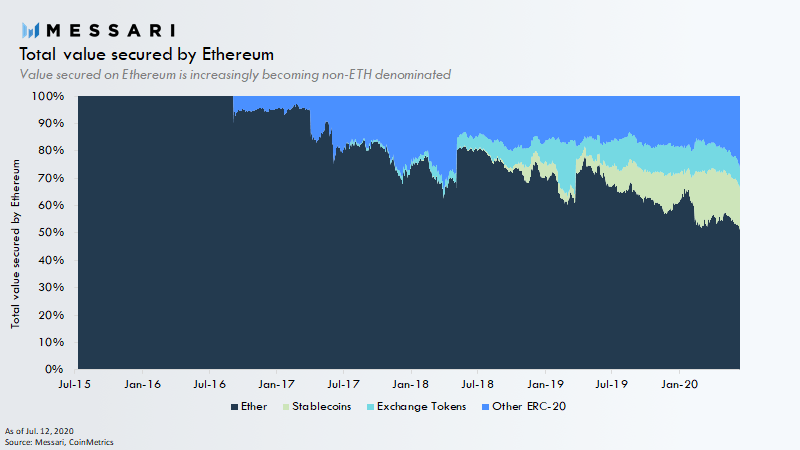 The growth in the ERC-20 tokens’ market cap was contributed to by many sectors of the Ethereum economy, with DeFi and stablecoins mainly responsible. The popularity of such DeFi projects has been catching up off-late, with USDT_ETH representing a large part of the capitalization of the ERC-20 protocol tokens. Such spurts of growth have been brought about by the likes of LINK and CRO, both of whom have contributed the most this year with $5.5 billion and $2.2 billion in market cap growth, respectively. 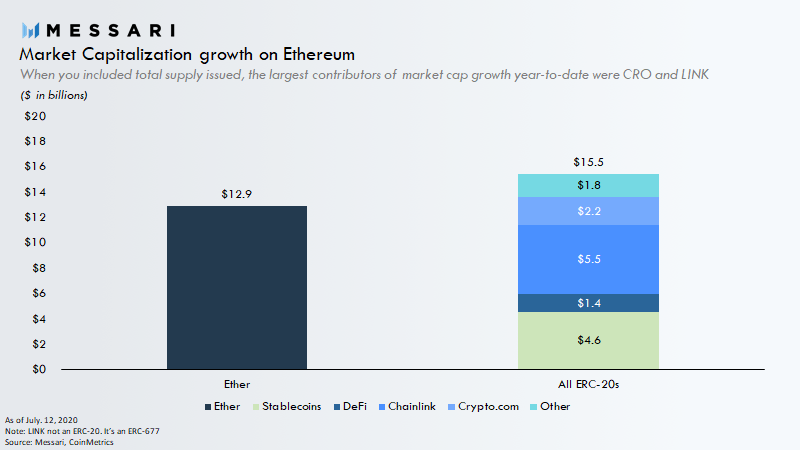 With such ERC-20 tokens gaining momentum, the CIO of Arca, Jeff Dorman, recently compared ETH and ERC-20 tokens to Gold and Gold miners. He claimed,

” Gold-mining stocks have VERY high betas to Gold, so if you are bullish on Gold, you’re often better off owning miner stocks.”

Similarly, owning high beta ERC-20 tokens may be a better way to bet on Ethereum’s success. The select few ERC-20 tokens performing against the tide, like LINK, may manage to have massive up-capture, when compared to Ethereum, since their successes hinge on ETH succeeding. He added,

“So if $ETH has poor down-capture vs BTC (it trades down more than BTC when the market goes down) and other ERC-20 tokens have better up/down capture vs ETH, a portfolio never has to actually own $ETH itself.”

After the Twitter Hack, We Need a User-Owned Internet More Than Ever