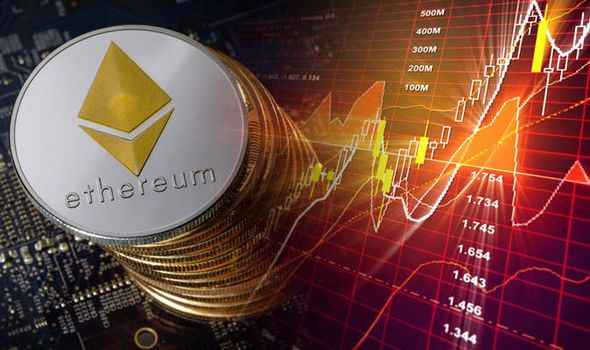 Ethereum (ETH)’s rise comes as a surprise to many, considering that it was one of the cryptos that many had written off as a dead project, in the heat of the bear market. That’s due to the persistent scaling issues that Ethereum has faced in the past, and the rise of so many projects all claiming to be Ethereum (ETH) killers.

However, this is all about to change. A few days ago, the Raiden network announced the release of red eyes alpha on the Ethereum (ETH) mainnet. This will help solve the scaling and privacy issues that Ethereum (ETH) has faced in the past. Here are the key features of Red Eye as per the Raiden Network’s blog.

Going into 2019, this will play a major role in driving up the value of Ethereum (ETH). That’s because, without the scaling issues that have plagued Ethereum (ETH) in the past, it is unrivalled in the platforms blockchains space. This could see the number of projects building on the Ethereum blockchain grow multiple times.

Ethereum prospects in 2019 are also enhanced by the fact that it already has an established network. The Enterprise Ethereum Alliance includes some of the largest corporations in the world. As Ethereum gets to scale better with Raiden and other 2nd layer solutions, more corporations will start building on the Ethereum blockchain.   This wide network will play a significant role in driving up Ethereum (ETH) in the long-run.

With its fundamentals getting better, and its price at massive lows in 2018, Ethereum could draw in more investments than any other cryptocurrency in 2019.  It is already showing signs of massive growth, if its price action in the last 2 weeks is anything to go by.

Ethereum will also be backed by the fact that, with the ability to scale efficiently, it could consolidate the platform blockchains space, and kill off the competition. Most of Ethereum’s competitors are new projects that are far from Ethereum (ETH) in terms of network clout.  As such, there is a real possibility that most of the developments in this space could consolidate around Ethereum (ETH). How high it could go is a matter of speculation. If this momentum continues, Ethereum (ETH) could easily retest its all-time highs in 2019.

Ethereum (ETH) Is Showing Signs of Bottoming Out, According to CNBC’s Jim Cramer – But There’s a Catch