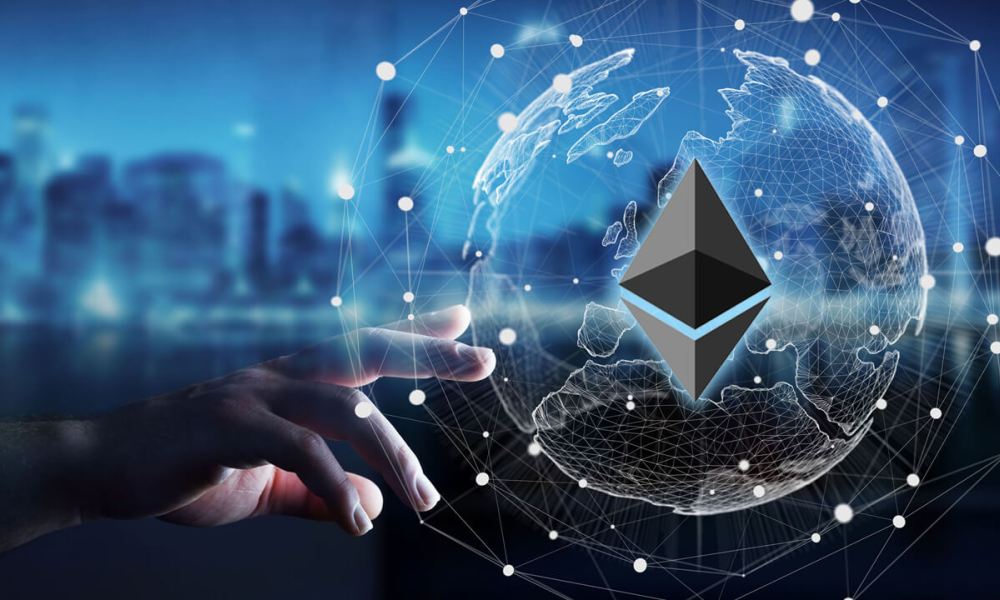 
Ethereum is preparing for its next important milestone, the Constantinople hard fork.

In this article, we will discuss what the Constantinople hard fork means for Ethereum, its implications for the future of the network and the potential impact on Ether’s market value.

As a quick summary, the launch of Ethereum has been planned in four stages: Frontier (the beta stage to develop and to test the decentralized applications (dapps)), Homestead (to stabilize the platform), Metropolis (ongoing) and Serenity (upcoming).

The second update of Metropolis hard fork, called the Constantinople hard fork, should have been finalized on 13th of August 2018, tested for two months and released by the second week of October. Yet, the fork got postponed to January 2019 after developers detected mistakes in its program during the testing period.

This delay has certainly put an additional pressure on Ethereum’s value during the last months of 2018, bringing the price of Ether below the $85 mark by mid-December. As such, the value of ETH came 94% off its all-time peak of $1’389 reached on the 15th of January 2018. Ethereum has even lost its position as the second biggest cryptocurrency by market cap to Ripple, as a result of a negative price divergence versus its major peers.

Hence, the least we can say is that Ethereum had a rough year.

Nowadays, with the global recovery in cryptocurrency prices, Ethereum rebounded 84% against the US dollar since its December bottom; the ETH/USDT advanced past $155 and Ethereum regained its position as the second most popular cryptocurrency in the market behind Bitcoin.

Whether the actual ETH recovery could continue may depend on the upcoming hard fork.

Ethereum’s much-expected Constantinople hard fork is now due by mid-January. There are market rumours, based on Ethereum team lead Péter Szilágyi’s predictions, that the hard fork could become effective by January 16th.

A quick glance at the Constantinople hard fork

The Constantinople hard fork is important, as it aims to smooth the shift from the current proof-of-work (PoW) protocol to the proof-of-stake (PoS) protocol, which should be achieved by the last stage of the Ethereum’s development plan, called Serenity. The PoW – PoS transition is a fundamental consensus change and could be a make-or-break point for Ethereum’s network.

The proof-of-work, also used by Bitcoin’s protocol, requires ‘miners’ to solve complex mathematical puzzles in exchange of a reward. This is called mining and the first miner to solve the problem is rewarded with units of the ‘mined’ cryptocurrency.

As miners become more efficient in solving the complex math puzzles, the difficulty of the computations increases to keep the average mining time stable in term. Hence, the PoW protocol is increasingly energy consuming and tends to consolidate power in the hands of big miners.

The proof-of-stake, on the other hand, will let the miners holding the largest stake create a new block. In opposition to PoW, ‘miners’ in a PoS setting are not rewarded by the creation of cryptocurrency but a transaction fee. As a result, they are called ‘forgers’ rather than ‘miners’.

The PoS is significantly less energy consuming and meaningfully more cost effective. It is more suitable for propping up the scalability of the network and lowering the costs in the long-term. This is why Ethereum is aiming to move to the PoS protocol.

To do so, Ethereum has come up with a procedure for gradually increasing the level of difficulty for miners, called the ‘difficulty bomb’, in September 2015. By making the mining process gradually less profitable for miners, the bomb aims to facilitate the move from PoW to PoS.

In an effort to smooth this PoW – PoS transition, the EIP 1234, as proposed for the Constantinople hard fork, will delay the intensity of the ‘difficulty bomb’ and ease the reward for mined blocks from three to two Ether. As a result, the PoW – PoS transition is expected to be delayed by 5 million blocks and should take around twelve months. As such, the delay will help keeping the PoW protocol unchanged for a longer period of time, though with lower mining reward, and have a less abrupt effect on the transition.

Hence, among the five Ethereum Improvement Proposals (EIPs) for the Constantinople hard fork, EIP 1234 is the most discussed and significant upgrade for miners.

The four other proposals, EIP 145, EIP 1014, EIP 1052 and EIP 1283 – that we will not cover in this article, are also about decreasing the complexity for developers and reducing the gas costs (operating costs).

As a final remark, many crypto-traders have certainly heard about Ethereum Casper. Casper is the PoS protocol that Ethereum developers have decided to adopt; it aims to punish malicious validators.

Ethereum is well bid ahead of the Constantinople hard fork. Yet, there are risks related to the upcoming event.

First, there is a delay risk. At this point, there is no certainty regarding the hard fork’s date. As mentioned earlier in this article, the Constantinople hard fork has already been delayed by several months. A minor delay will certainly not be a major issue for the market, however a significant postponement would raise questions about Ethereum’s ability to keep up with its four-stage development plan, could again damage the sentiment in Ethereum and trigger a fresh sell-off.

Second, there is the risk of acceptance. The PoW – PoS transition is a fundamental change for Ethereum’s network. While PoS should allow scaling the network indefinitely, it is not effective in dealing with the worst-case scenarios, according to many miners. These scenarios include rarely occurring events, such as stolen private keys or network interruptions, which could have a dramatic impact on the network activity and security. In case of stolen keys, bad actors would take control of the network. While in the case of network interruption, the nodes would have hard time reorganizing themselves. This is because the nodes in the PoW setting would be automatically tempted to rearrange themselves and gravitate toward a single chain in case of an unexpected event. However, in the context of the PoS, there might be confusion on which chain is canonical, provided that the PoS doesn’t focus on the authenticity of the chain.

Also, some miners will certainly be opposed to the shift from PoW to PoS, as this would move the balance of power from miners to stakeholders.

If all miners do not switch to the new PoS protocol, then Ethereum’s blockchain might fork. This is because the new blockchain would become incompatible with the old chain following the series of updates.

Nonetheless, this is not the base case scenario in the short-term. The Constantinople hard fork is seen as ‘non-contentious’, hence most developers are expected to shift to the new protocol, leaving the Ethereum’s blockchain intact following the update.

The question of a ‘contentious’ fork will likely be raised in the later stages of Ethereum’s protocol shift.

Don’t be influenced by the Bitcoin Cash hard fork

When it comes to hard forks, the Bitcoin Cash’s November fork is still very fresh in traders’ minds. Although the BCH hard fork was not expected to result in two separate blockchains and a heavy market sell-off, there were major red flags heading into the BCH hard fork.

But this is not the case for Ethereum’s impending Constantinople hard fork.

Traders should remember that technology upgrades are necessary and unavoidable in the context of cryptocurrencies. Of course, the fact that there is no guarantee of a smooth transition is a risk that should be managed by traders. Ethereum could be subject to higher price volatility leading up to the Constantinople hard fork and the days following the fork.

Yet, the hard fork is expected to release some of the tension regarding Ethereum and could be positive for the market valuation of Ether in the foreseeable future.

Will the Struggles Extend to 2019?

SigularityNET starts its phase 2 of migration from Ethereum to Cardano

Ethereum [ETH] To Take It Slow After Its Recent ATH