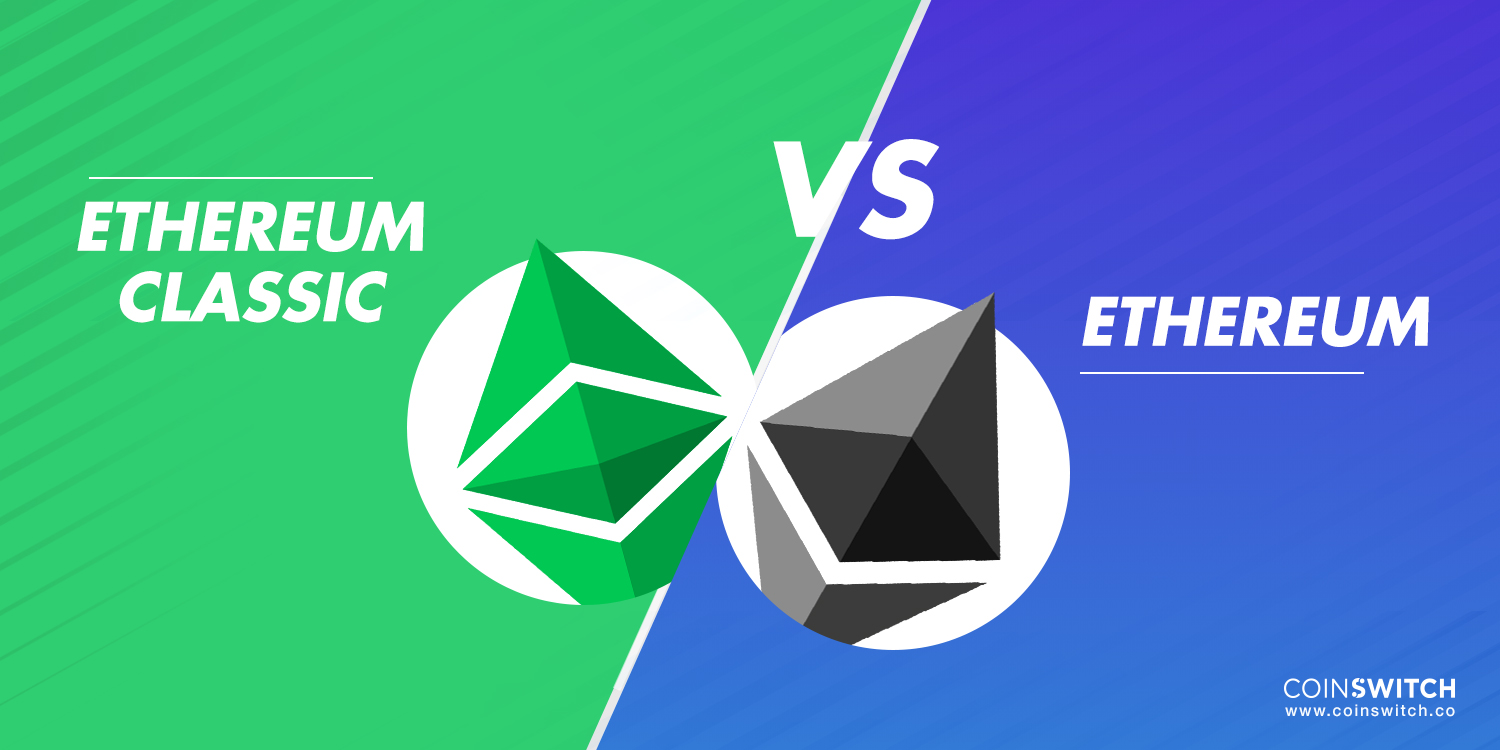 Ethereum vs Ethereum Classic: differences you need to know before investing

What are Ethereum (ETH) and Ethereum Classic (ETC)?

Ethereum is a public, open-source software platform built to support smart contract functionality. The network uses Ether (ETH) as its currency to process transactions and provide computational power to developers. The network also allows developers to build decentralised smart contract applications on top of it. For example, both Tether and Augur run on the Ethereum network.

The concept of a smart contract is critical to the understanding of Ethereum (ETH) vs Ethereum Classic (ETC). In simple terms, a smart contract is an agreement between two parties written in code. It sets out conditions that have to be met by each party for the contract to be executed. Once conditions are met, the contract is processed by the blockchain and executed without a need for third-party verification. Coupled with the immutability of the blockchain and its open-source design, smart contracts present an opportunity for many businesses. In fact, in 2019, Forbes identified more than 100 large American companies actively exploring blockchain technology, with many of them using the Ethereum network.

Ethereum Classic (ETC) is the original Ethereum blockchain. ETH and ETC share the same blockchain record before the July 2016 hard fork. Because of that, the initial design and functionality of these two networks were essentially the same. The hard fork in 2016 split the blockchain into Ethereum Classic and Ethereum, dividing the community at the time. Most developers chose to upgrade to the new Ethereum protocol, limiting the size of the ETC community and its ability to improve the network.

A brief history of the Ethereum network

Ethereum was first described by Vitalik Buterin in late 2013. He argued that Bitcoin (BTC) needed a different programming language to automate the execution of tasks, to allow developers to build applications on top of its blockchain. The idea did not get enough support in the Bitcoin community, leading to the creation of Ethereum in 2014. Initial development efforts were funded through a crowdsale in July 2014. It raised more than 25,000 BTC making it the largest ever crypto raising at the time. After the crowdsale, Ethereum had a market capitalisation of just over $17 million, compared to almost $22 billion today.

Decentralised Autonomous Organisation (DAO) and the ETH vs. ETC split

The DAO was meant to be a decentralised, community-based funding platform. The community would fund the development of blockchain applications and receive a share of the profits if an app was successful. It was built on the Ethereum blockchain and operated based on a set of smart contracts. Imagine a venture capital firm where the investment capital was crowdsourced and there was no management to decide which projects get funded. The DAO allowed token holders to make investment decisions, distributing funds to projects that received more than 20 per cent of community support. It launched in April 2016 and was funded through one of the largest crowdfunding campaigns, raising close to $150 million in Ether. At its peak, the DAO attracted 14 per cent of all the Ether in circulation.

There were several security flaws with the DAO code which were repeatedly pointed out in May and June of 2016. Project backers had to buy DAO tokens with Ether. To enable investors to withdraw their support from a project they did not want to back, a “Split Function” was created. The function allowed an investor to exit the DAO by receiving their investment back in Ether or to form their version of the DAO, called “child DAO”. Once the splitting function was initiated, the holder would receive their Ether back and the network would update the public ledger. The holder would then have to hold Ether for 28 days without being able to use it.

The splitting function, in combination with other vulnerabilities, was exploited on June 17, 2016. The hacker or hackers stole 11.5 million of Ether, worth approximately $50 million at the time, by repeatedly triggering the splitting function. The network continued to refund Ether for the same DAO tokens without registering the transaction on the public ledger. However, the stolen Ether was still subject to the 28-day holding period. Because the Ether was technically recoverable, the Ethereum community could either create a fork to reverse the illegitimate transactions or do nothing.

This debate split the community along ideological lines. The main argument for doing nothing was that the blockchain was meant to be immutable and free from manipulation by any individual or a group. This was the key aspect of decentralised applications. Forking the blockchain to reverse the hack would create a moral hazard, potentially leading to future hard forks based on unknown motivations.

A vote was triggered on July 15, 2016, where 87 per cent of the community voted for the hard fork. However, out of more than 82 million Ether tokens in existence, only 5.5 per cent participated in the vote. The new blockchain, Ethereum Classic, altered the history of the original blockchain to reverse the DAO hack. The first Ethereum Classic block was mined on July 20, 2016, preserving the unaltered record.

Because this was done through a hard fork, not a soft fork, any future updates to the Ethereum blockchain would not be compatible with Ethereum Classic.

The Problem With Aion, Why Ethereum Is Better

Cardano Foundation Is Not Involved in Promoting...