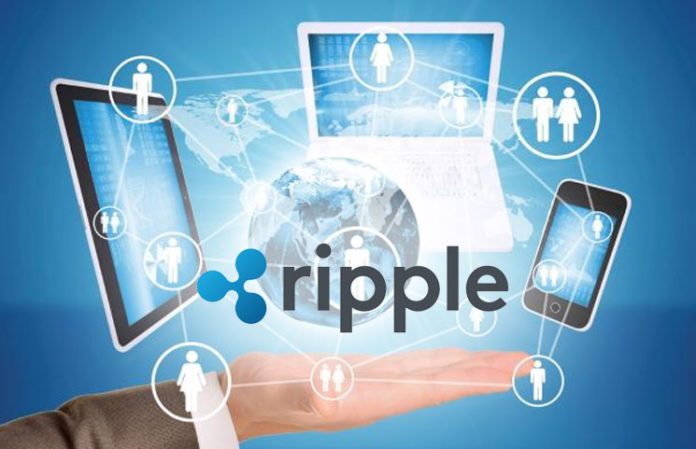 Ripple has revealed more details of its ambitious plan to capture a slice of the $2 trillion cross-border payment business. The private company aims to continue pushing its XRP and blockchain-based solutions to financial institutions worldwide in an effort to make international money transfers more efficient.

As reported by CNBC, Ripple’s biggest goal is to allow customers to make cross-border payments. Ripple’s customers include financial institutions, banks, and money transfer services in 40+ countries around the world.

Today, Ripple has launched partnerships with a number of financial institutions using Ripple or XRP technologies like XRapid and XCurrent. However, there’s still plenty of room to grow. The ultimate goal is to make Ripple and XRP a significant part of the $2 trillion global payment system market.

In an interview with CNBC, Ripple CEO Brad Garlinghouse described the turbulent world of cryptocurrency as like a “holy war”:

“People got really excited about the potential of a new platform and the hype got ahead of the reality. That unequivocally has happened in this space. There’s religious fervor around all of them – some people seem to think there are the crusades and this is a holy war being fought.”

This past week, Ripple announced 5 new banking partnerships, which means Ripple has officially hit the 200 customers milestone. That’s a 350% increase in customers sending live payments. Ripple has partnered with institutions in 40 countries worldwide, although it still has a long way to go before making a splash in the global payment system market.

In the future, Ripple envisions itself becoming something like SWIFT.

SWIFT is a Belgium-based payment system company developed by banks in 1973 as a way to communicate about cross-border payments. The messaging system remains the go-to network for 10,000 member institutions worldwide. Today, millions of banking customers depend on SWIFT for efficient financial transactions. Ripple believes its technology can compete with SWIFT by offering cheaper, faster, and more secure messaging services between banks.

The problem with SWIFT and other legacy technologies is the efficiency: money transfers between countries can take several days using these technologies. There are multiple intermediaries along the way. Correspondent banks can get involved, increasing transfer times even further.

Blockchain-based technologies like XRP, meanwhile, aim to provide a faster and more efficient solution. Ripple also has its own blockchain-based solutions that are entirely separate from XRP, including XCurrent. Together, these technologies aim to disrupt the banking sector. The technologies use cryptography to make transactions more secure while utilizing blockchain to boost transparency.

If Ripple can capture even a small slice of the global payments market, it would be huge news for the crypto community.

Even getting a crumb of the transaction volume facilitated by a competitor like SWIFT would be a massive development for Ripple.

Where Does Ripple’s Technology Go Next?

Ripple’s most popular product is its XCurrent technology. XCurrent is a type of software that allows Ripple to work with a bank’s existing infrastructure to settle payments quickly. With this technology, a correspondent bank still needs to be used. However, instead of using Swift to send a message, Ripple’s software sends the message.

Ripple’s XCurrent software also calculates correspondent bank fees, beneficiary bank fees, and the total cost to the customer before the transaction goes through. The message includes compliance details and regulatory information, including details about the customer’s KYC and AML verification.

By including all of this information in an efficient message, XCurrent allows banks to pre-validate payments in real-time. Instead of waiting days for a financial transfer to be completed, customers can complete the transfer in seconds.

The Asia-Pacific Region Could Fuel Future Growth For Ripple

CNBC interviewed the Chief Technology Officer of Siam Commercial Bank, one of the biggest banks in Thailand, who said that the lack of legacy infrastructure in Asia-Pacific banks made them ideal “guinea pigs” for money transfer startups like Ripple:

“We have a less embedded infrastructure in the payment systems and are in a position to exploit the growth at a faster pace. Certainty and speed are way more important in this modern world.”

While banks in the United States and Europe developed their own solutions in the 1970s, Asia-Pacific banks are just starting to come into their own today. This makes them ideal targets for startups like Ripple.

XRapid Could Push XRP To Become The World’s Largest Cryptocurrency

Much of Ripple’s attention has been focused on XCurrent, the bank-to-bank messaging system that uses blockchain technology and cryptography. XCurrent, however, does not use the digital currency XRP in any way.

XRapid, which is also offered by Ripple, is different. XRapid uses XRP to facilitate international money transfers. It’s not just a bank-to-bank messaging system; it’s a comprehensive money remittance solution that uses XRP as a “bridge” between foreign fiat currencies.

Someone who wants to transfer Indian Rupees to Russian Rubles, for example, would traditionally face friction with the transfer. There would be foreign exchange fees, remittance fees, and other expenses. A growing number of banks are using Ripple’s XRapid to avoid this friction: XRP acts as a global liquidity pool, and money can be transferred securely in a fraction of the second.

Critics will point out, of course, that XRP is privy to the same market movements as the broader crypto space. XRP peaked at a price above $3 in January 2018 before tumbling 90% to where it sits today.

Critics will also point out the potential conflict between XRP and Ripple: Ripple, a private company, allegedly developed and pre-mined XRP during the early days of the company. Today, Ripple continues to hold about 60% of the total supply of XRP. The company regularly sells XRP to generate revenue. As the value of XRP increases, too does the value of XRP, and vice versa.

It’s important to note that Ripple has a stash of 55 billion XRP and they are permitted to sell as much as 1 billion XRP tokens every quarter. The company issues reports on how much XRP is sold each quarter. In Q3 2018, the company offloaded $163 million of XRP.

Some have suggested that XRP could be considered a security. Ripple, meanwhile, is rapidly trying to distance itself from XRP.

Is Ripple The Amazon Or Google Of The Crypto Era?

CNBC concluded its interview with Ripple CEO Brad Garlinghouse by suggesting that Ripple could be the Amazon or Google of the crypto era. After the Dot Com bubble burst, the industry’s weakest companies disappeared. Companies like Amazon and Google, however, survived and prospered.

“Ripple took a contrarian view on a bunch of things pretty early and that made us unpopular among the die-hard crypto community,” said Garlinghouse in his interview with CNBC. “In the face of those kinds of arrows, though, I still have the conviction that we’re on the right path.”

Ultimately, Ripple is one of the most valuable private companies in Silicon Valley – and the company’s brightest days might still be ahead. If Ripple’s holy war is successful, the company will continue expanding banking partnerships worldwide, allowing more customers to enjoy the benefits of XCurrent, XRapid, XRP, and other Ripple blockchain solutions.

Ethereum: Don’t ignore the warning signs before the drop