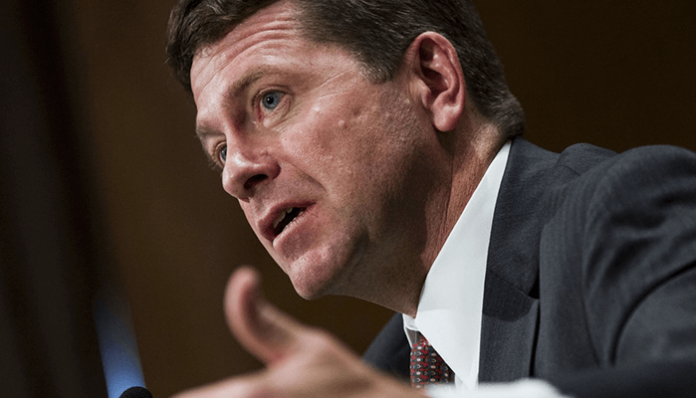 Jay Clayton, president of the US Securities and Exchanges Commission (SEC), confirms in a letter that ethereum (ETH) and similar cryptocurrencies are not securities according to US law, Coin Center reports on March 12.

Coin Center sent a letter to Jay Clayton along with US Congressman Ted Budd last September asking if he agrees with the statements of William Hinman, director of corporate finance at the SEC.

Hinman said in a speech last June that ether in its current state will not be regulated as a security. Jay Clayton states in his letter to agree with this.

Clayton also says that the definition of digital currency security is not static and can change over time.

Clayton also claims that it is possible that a cryptocurrency initially meets the definition of a security, while that is no longer the case later.

In your letter you ask whether I agree with certain statements about digital tokens in the speech by Director Hinman in June 2018.

I agree with the analysis that a digital asset that is offered or sold if a security is not static […].

When we think about how ether works today, we see a highly decentralized network, not the kind of centralized actor that characterizes securities. In its current state we see no added value to regulate it.

It is striking that Jay Clayton never explicitly mentions ethereum in his letter.

Last November Jay Clayton said that he is not yet planning to approve an exchange-traded fund (ETF) for a cryptocurrency if it does not first meet certain security requirements.

More recently, “Crypto Mom” ​​Hester Peirce said that the cryptocurrency market must be free to regulate itself.

Valerie Szczepanik, the “Crypto Czar” of the SEC, announced earlier this week to go on tour to meet people from the crypto industry.

After carrying out trades worth $12B in Ethereum NFTs, OpenSea begins to eye Solana