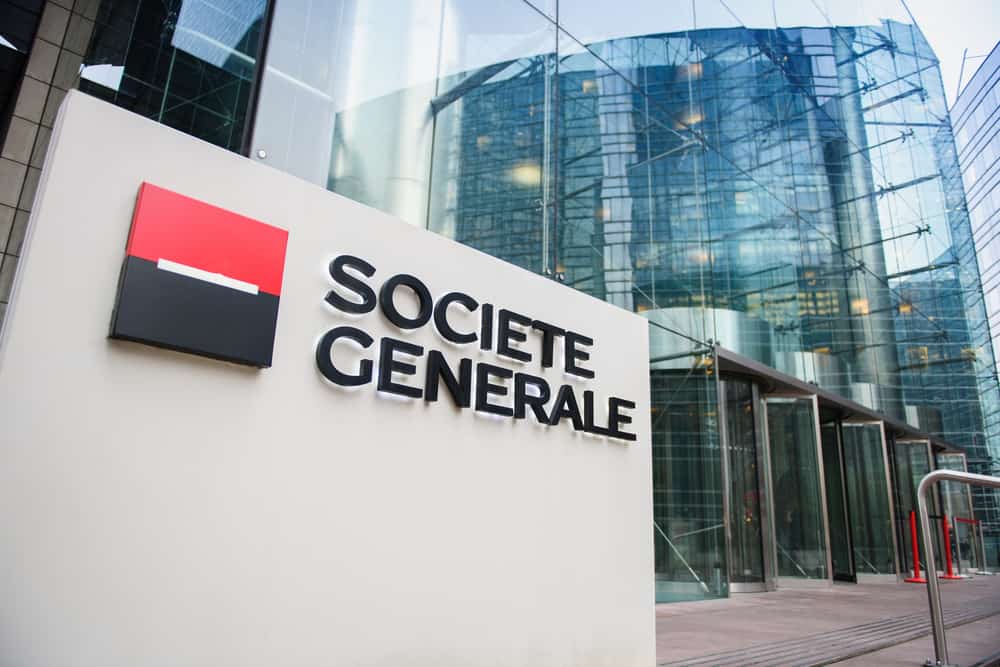 Societe Generale SFH, a subsidiary of the Societe Generale Group, announced yesterday that it issued covered bonds worth EUR 100 million as security tokens via the Ethereum network. This is the first time the lending firm has made such a move as it explores ways to use blockchain technology to ease financial transactions.

In an official blog post by the company, Societe Generale revealed that its subsidiary, SFH issued covered bonds as security tokens on a public blockchain on April 18. The covered bonds, also known as obligations de financement de l’habitat or OFH, were worth over EUR 100 million.
Societe Generale worked with Societe Generale FORGE to carry out this project. FORGE is one of the numerous internal establishments introduced via its Internal Startup Call program. The startup has been tasked with using blockchain tech to develop new activities for the digital capital market.
Covered bonds are a type of security that is backed by specific assets but remain on the balance sheet of the issuer. Societe Generale explains that this live settlement could pave the way for the bond issuance process to become more efficient.

It also adds value to the process by increasing the scalability of products, decreasing the time to market, and enabling computer code automation structuring. These values help boost transparency, enables faster transaction times, and reduce transaction fees and the number of mediators. The company attributes this latest achievement to its legal, finance, and Compliance and Operations teams.
Moody’s Consider the Use of Blockchain As Positive for Societe Generale
The rating agency, Moody’s, published a report on Societe’s latest effort in the blockchain space. Moody’s rated the OHF token as Aaa/AAA and revealed that Societe Generale was the sole investor in this transaction. This implies that the financial institution issued the security tokens to itself, with no external buyers involved in the trade.

The covered bond has a maturity period of five years which could be extended by 12 months. The OHF has similar characteristics to other covered bonds by Societe Generale.
Thus, if the financial firm were to fail, then anyone in possession of the tokens at the time would receive a similar fractional sum as other regular bondholders. Moody’s added that the use of blockchain tech is credit positive for Societe Generale due to the higher level of transparency and the reduction in errors usually experienced by intermediaries.

Societe Generale is no stranger to blockchain and DLT. Over the past few years, the financial institution has participated in blockchain enterprises such as we.trade in 2017, which was the introductory commercial platform that was developed on a blockchain. In 2018, Societe Generale also took part in Komgo SA’s creation, a platform that uses a blockchain platform to digitalize the trade and commodities industry.
The financial institution hired Gide Loyrette Nouel as a legal advisor for the OHF project while PwC France and francophone Africa served as blockchain advisors.

Nike may launch its own cryptocurrency “Cryptokicks”

Life beyond Ethereum: What layer-one blockchains are bringing to DeFi