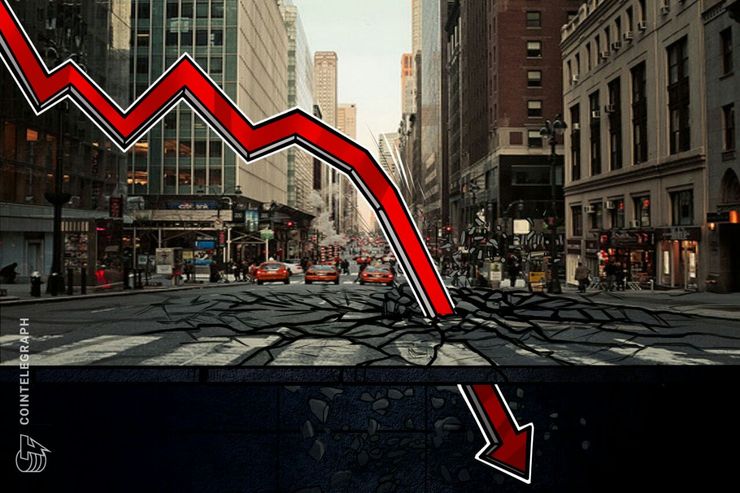 
Saturday, Dec. 15: the top 20 cryptocurrencies report a mix of moderate gains and losses, with Bitcoin (BTC) briefly dipping under $3,200 before climbing back above the price mark by press time.

At press time, Bitcoin is down a fraction of a percent over the last 24 hours. On the weekly chart, the prices in the past two days have been the lowest, down from a weekly high of $3,600.

Ripple (XRP), the second largest crypto by market capitalization, lost 1 percent in the last 24 hours. It started the day at $0.286 and is currently trading around $0.284 after a mid-day high of $0.292. On the weekly chart, the current price is the lowest, seven days ago Ripple was worth about $0.32.

Ethereum (ETH) remains the third cryptocurrency by market cap, losing just a under half a percent of its value in the last 24 hours. At press time, ETH is trading at $84.33, after having started the day around $84 and trading sideways during the day.

On the weekly chart, the current ETH prices today are the lowest. Seven days ago Ethereum was trading at $87, but then shortly peaked at $98.90 last Sunday, Dec. 9, before starting a decline towards the current price.

Among the top 20 cryptocurrencies, several coins are seeing more notable growth. EOS (EOS) is up a solid almost 6 percent, while IOTA (MIOTA) is up 4.29 percent on the day, and Dash (DASH) is up almost 5 percent.

The only top ten cryptocurrency reporting more than 2 percent losses is Bitcoin SV (BSV), having lost close to 5 percent in the last 24 hours.

As Cointelegraph reported Dec. 13, according to a study, while crypto prices have been decreasing, this year the number of verified crypto users nearly doubled. A Bloomberg analysis of the report says that the growth of crypto’s user base while markets are declining “could signal that an eventual recovery could be coming.”

Jeremy Allaire, the co-founder of cryptocurrency company Circle, recently told CNBC in an interview that in three years time, Bitcoin will be worth “a great deal more” than it is now.

Status, an Ethereum-based open source chat platform has recently laid off one-fourth of its staff due to the recent decline in cryptocurrency prices. In an announcement, the startup’s co-founder said that Status is “much larger than we can sustain.”

Ethereum Whales Buying the Dip But Could It Point to Another Rally?

Ethereum L2 Solutions Might Be Added by Coinbase Soon