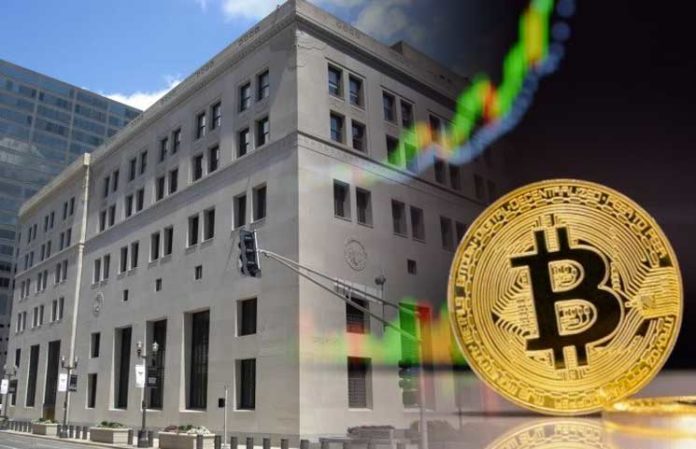 Usually, when Bitcoin dumps, altcoins crash in tandem. However, according to the Federal Reserve Bank of St. Louis altcoins might be the reason why Bitcoin is taking a dump. In its recent paper, it states an alternative case explaining,

“…an ever-expanding supply of Altcoin would keep the price of Bitcoin (and, by extension, its market capitalization) depressed relative to where it would have otherwise been.”

“While Bitcoin’s price is not likely to fall to zero, the prospect of a flood of Altcoin competing with Bitcoin in the wealth portfolios of investors is likely to place significant downward pressure on the purchasing power of all cryptocurrencies, including Bitcoin.”

When it comes to altcoins, out of the top cryptos, Bitcoin SV is seeing the largest gains of 11 percent while Bitcoin Cash and EOS manages to remain in the green. However, Tron is down the most by about 8 percent while other top cryptocurrencies are in the red between 1 to 3 percent range.

According to the analysis by Flipside Crypto, a digital research group, many bitcoin wallets that have been inactive for a long time have now reawakened. And this means greater price volatility that the market is currently seeing.

One of the members of the Flipside Crypto’s research team, Eric Stone says,

“The fact that those wallets have been recently active leads us to believe they could soon be active again… Put another way: We have no reason to expect them to remain stagnant for another 2-plus years.”

If crypto traders and experts are to be believed, Bitcoin is expected to fall to about $3,000 level as DonAlt, a technical analyst says,

Clean break of support.
If we do retest 3700 on the weekend and don’t manage to close above there I’m expecting ~3350.
I’ll most likely close my hedge short there.
This is the reason why you shouldn’t trust mismatched patterns – it’s an easy way to get rekt. pic.twitter.com/IBVroGpptA

“Clean break of support. If we do retest $3,700 on the weekend and don’t manage to close above there I’m expecting $3,350. I’ll most likely close my hedge short there. This is the reason why you shouldn’t trust mismatched patterns – it’s an easy way to get rekt.”

Crypto winter is here to stay, for at least now and in the short term, price is expected to see more red. Though prices aren’t expected to recover anytime soon, the faith in Bitcoin in the long term is still strong as Vinny Lingham, the CEO of Civic says.

The crypto market will rise again, but most likely only when the pain of the recent fall becomes a distant memory. Don’t underestimate the power of psychology in free markets…