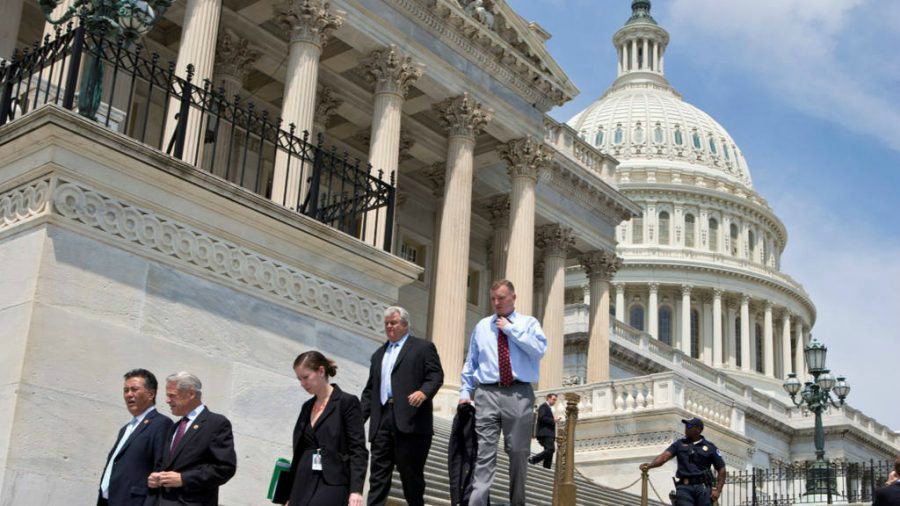 
Two members of the U.S. House of Representatives are seeking to exempt cryptocurrencies and certain other digital assets from federal securities laws.

The “Token Taxonomy Act” was introduced Thursday by Reps. Warren Davidson and Darren Soto, a move that comes months after a roundtable in Washington, D.C. that sought input about regulatory measures for the industry. According to the text, the bill – among other items – seeks to exclude “digital tokens” from being defined as securities, amending both the Securities Act of 1933 and the Securities Exchange Act of 1934.

That definition has several components, all of which center around a degree of decentralization in which no one person or entity has control over an asset’s development or operation. This ostensibly would clear the way for cryptocurrencies that don’t have a central controller to be spared a securities designation.

The bill defines “digital tokens” as “digital units created… in response to the verification or collection of proposed transactions” (mining, basically) or “as an initial allocation of digital units that will otherwise be created” (as in a pre-mine). These tokens must be governed by “rules for the digital unit’s creation and supply that cannot be altered by a single person or group of persons under common control.”

Going deeper, a “digital token,” according to the text:

“…has a transaction history that…is recorded in a distributed, digital ledger or digital data structure in which consensus is achieved through a mathematically verifiable process; and…after consensus is reached, cannot be materially altered by a single person or group of persons under common control;…is capable of being traded or transferred between persons without an intermediate custodian…”

And, perhaps most notably, under the bill’s definition, a digital token “is not a representation of a financial interest in a company, including an ownership or debt interest or revenue share.”

“This bill provides the certainty American markets need to compete with Singapore, Switzerland, and others who are aggressively growing their blockchain economies,” Davidson said in a statement. “To be certain, there will be other regulatory initiatives at some point, but this legislation is an essential first step to keeping this market alive in the United States.”

The bill includes other crypto-friendly measures as well, including parts that focus on the tax implications of buying, selling or using cryptocurrencies.

For example, it mirrors language in a bill introduced in September 2017 that sought to create a de minimis exemption for purchases made with cryptocurrency. As noted at the time, because the U.S. Internal Revenue Service treats cryptocurrencies as a kind of property, transactions involving bitcoin, for example, trigger a capital-gains taxable event when spent, even in trivial amounts.

“The amount of gain excluded from gross income under subsection (a) with respect to a sale or exchange of virtual currency shall not exceed $600,” the new bill states.

Similarly, the bill seeks to make exchanges of one cryptocurrency for another tax-exempt and to create an additional exemption for individual retirement accounts (IRAs) alongside those that exist for gold bullion and other precious metal coins.

The Washington, D.C. industry advocacy group Coin Center celebrated the bill in a blog post on Thursday. “We are happy to see continued action from Congress to implement common-sense clarifications and adjustments to the regulatory treatment of cryptocurrencies,” wrote senior research fellow James Foust.

The bill’s submission caps an active year on Capitol Hill for discussion of cryptocurrencies, having seen a series of hearings in both chambers of Congress.

Thursday’s proposals aside, the lawmakers suggested in statements that the bill seeks to lay the groundwork for further regulatory measures.

“While this legislation is a great first step, we are looking for feedback. The Federal Trade Commission (FTC) has a history of policing web services, while the Commodities Futures Trading Commission (CFTC) has authority over commodity derivatives,” Rep. Soto said.

“To what extent does the jurisdiction of the FTC apply to digital tokens?” he continued. “Can we address this issue in this legislation or will we need subsequent legislation to effectively regulate this emerging sector?”

Ethereum Price Forecast: ETH/USD shines on the way to $250