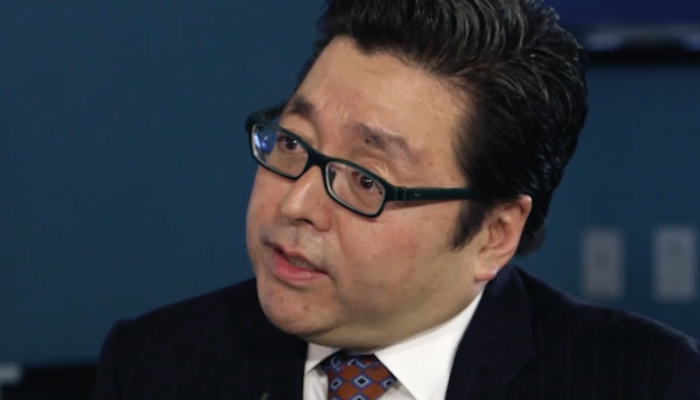 Tom Lee, the CEO of Fundstrat Global Advisors, once again commented positively on the coming year during an interview with Crypto Market News. According to him, bitcoin (BTC) will recover in 2019, despite the fact that no bitcoin ETF is likely to be approved this year.

The interview with the investment expert was held during the Blockchain Economy Istanbul Summit. He said that the current conditions on the market could contribute to new increases in the bitcoin price:

I think it will recover in 2019 … I think 3900 is good (but) that is not what we will end the year with; I think the price will eventually close much higher.

In addition, Lee said he believed that the approval of a bitcoin ETF is not necessary to cause a new cryptocurrency tree. Should one of the two ETFs that are currently being processed by the SEC be approved, this would have a positive effect, according to him. However, it is unlikely that the VanEck or Bitwise ETF applications will be approved in 2019.

Lee also emphasized that the situation on the traditional markets will have a positive effect on bitcoin. The global economy is growing so that bitcoin will also grow. The fact that the dollar is not that strong is also good news for bitcoin.

However, he said he was more interested in the technical factors, such as the 200-week moving average. This is a line that indicates the average price movement over a period of 200 weeks. Lee said about that:

The technicals are much more attractive, bitcoin bounces over its 200-week moving average, and that is often an important support in traditional markets, and I think it also provides important support for the bitcoin price.