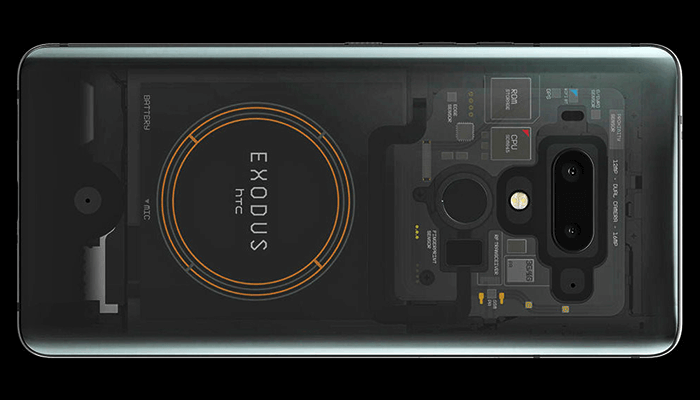 Phone manufacturer HTC has made quite a number of announcements this week for its new blockchain phone: the HTC Exodus.

The HTC Exodus was previously only available with cryptocurrency, but that will soon change. The new phone can also be bought with fiat money.

HTC announces 20 new decentralized apps (dApps) for the Exodus, including a tracker called Numbers, with which you can sell personal data in exchange for cryptocurrency.

HTC also announced a collaboration with Opera, an internet browser, which makes it possible for users to pay micro payments to websites.

Furthermore, The HTC Exodus will be delivered with an app based on stellar with which users can earn NODL tokens:

HTC has also announced that it will cooperate with Decentraland, a blockchain platform for virtual worlds on the Ethereum network:

We’re excited to announce our new partnership with HTC! We’ll be working with HTC to bring the Decentraland ecosystem to the Exodus 1, HTC’s blockchain enabled phone, complete with an integrated hardware wallet. Read more on our blog at: https://t.co/a5g8FhEhry pic.twitter.com/JE6vijVSBC

After the announcement of the cooperation between Decentraland and HTC, the price of the MANA altcoin increased by about 50% from $ 0.037 to $ 0.055. Then the price dropped slightly again and the price, at the time of writing, is around $ 0.047.

All these announcements coincide with the unveiling of the new Galaxy S10 phones from rival Samsung. Samsung revealed yesterday that the Galaxy S10 will support cryptocurrencies such as bitcoin (BTC), ethereum (ETH), COSMEE (COSM) and Enjin (ENJ).

The HTC Exodus has been available since December, but the device can only be bought with fiat money from March. The price is set at $ 699 (€ 614).