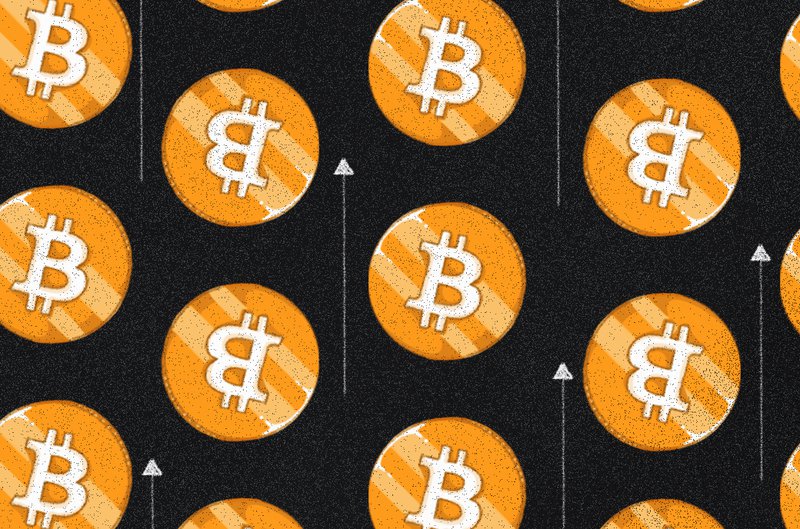 
A Medium post published by Spencer Bogart, a general partner at Blockchain Capital, compares data collected from a set of surveys from October 2017 and April 2019 containing identical questions (plus a few new ones). The results, compiled from an online survey taken by 2,029 American adults, reveal that Bitcoin has been growing in the eyes of the public, despite its shrinking price.

Overall, the results show that more people have heard about Bitcoin now than during the middle of the last hype cycle, when the October 2017 survey was administered. The more recent one from this April, Bogart points out, shows that not only are more people aware of the digital currency, but “familiarity, perception, conviction, propensity to purchase and ownership [of Bitcoin] all increased/improved significantly.” 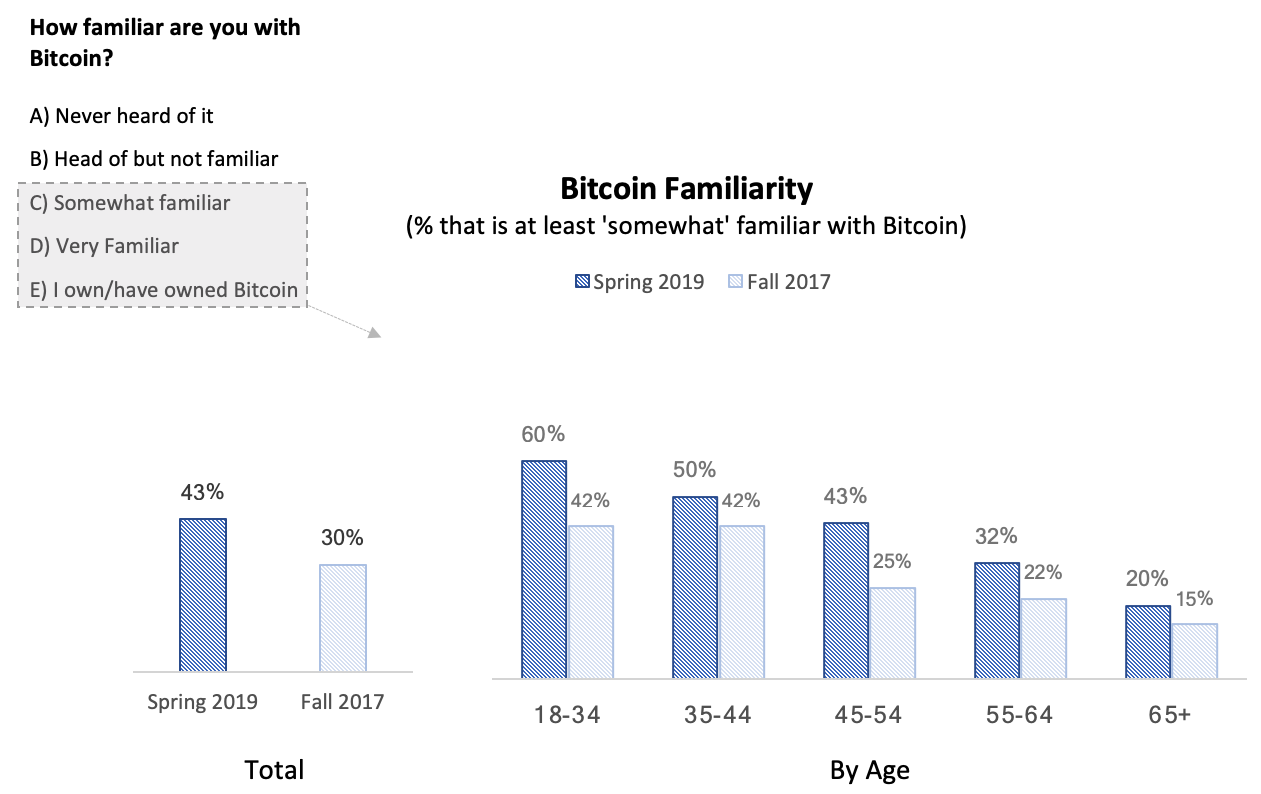 A significant takeaway from the comparison of the two surveys shows that Bitcoin is a demographic-wide trend that has always been led by younger people. The survey data suggests this is true in all but one category: awareness. “Regardless of age, the vast majority of the American population has heard of Bitcoin,” writes Bogart.

This is not too surprising as Bitcoin has never left the scope of mainstream media since its historic rise to almost $20,000.

Despite the nearly 75 percent drop in price since the peak of the bull market, 27 percent of all people surveyed said that they are likely to purchase bitcoin soon, as opposed to only 19 percent back in 2017. 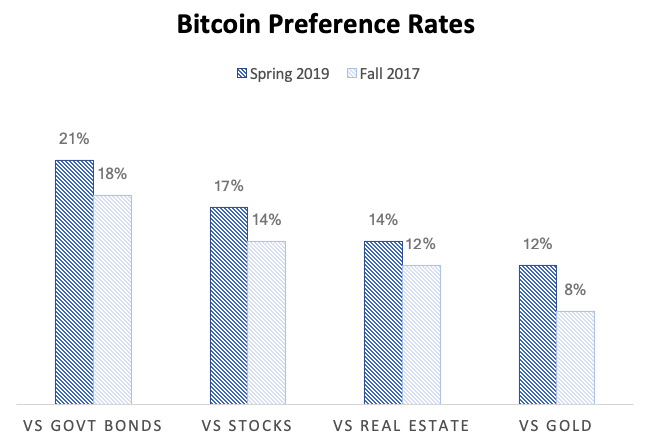 Among the notable differences shown from the data comparison is the percentage of people between 18 and 34 who are “at least somewhat familiar” with Bitcoin in April 2019 compared to October 2017— almost 50 percent more people are familiar with it. In fact, this group of people is three times more likely to be familiar with Bitcoin as those who are over 65.

Younger people, as the data suggests, have the most positive view of Bitcoin as well. Specifically, 59 percent of people between 18 and 34 “strongly or somewhat agree that Bitcoin is a positive innovation in financial technology” in 2019, which is 11 percent more than in October 2017. This makes practical sense when considering that millennials are the demographic most familiar with the digital world, which includes peer-to-peer networks like BitTorrent and Napster.

This trend could perhaps be attributed to millennials vividly experiencing the 2008 financial crisis and being exposed to the potential risks of central banking and poor financial management — which, coupled with their familiarity with the internet, could be why it is easier for this demographic to grasp the concept of Bitcoin before people who were around before the advent of the internet.

Of course, the numbers should support such a thesis, and it appears that they do. According to the April 2019 survey, while 9 percent of the overall population owns some bitcoin, 16 percent of those aged 18–34 are bitcoin owners. 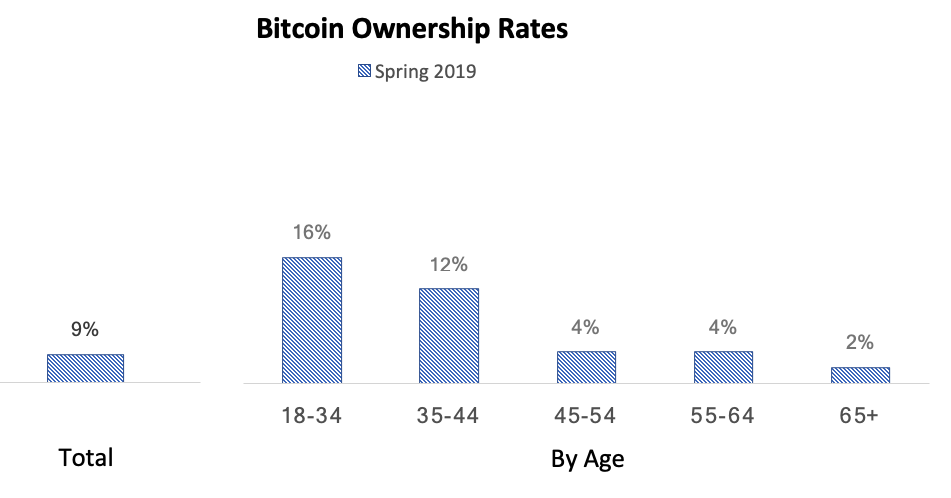