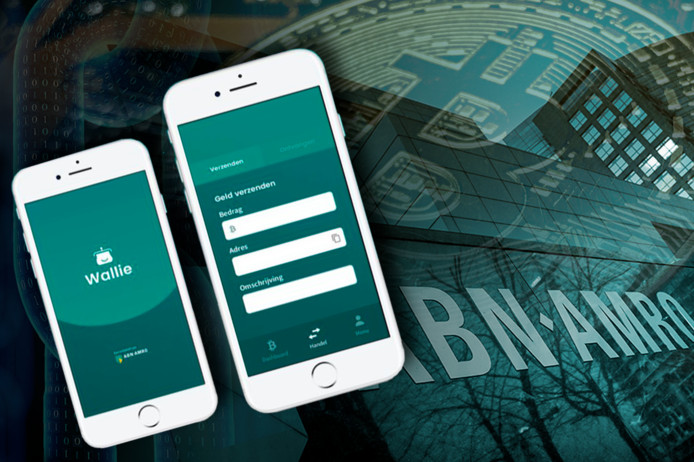 ABN AMRO announced the news on 22 January that the bank will have 500 customers test a new service. The news comes unexpectedly because banks in the Netherlands generally do not want to have anything to do with cryptocurrency.

Even more remarkable is that the Bitcoin wallet for these 500 customers is integrated in the existing online platform Wallie. With the test, ABN AMRO is the first Dutch bank to launch such a service. Earlier, Rabobank also announced that it would like to launch a similar product called Rabobit.

The news is unexpected for many people. On the website of the bank you can even read that you can not go to ABN AMRO if you want to invest in crypto:

De Nederlandsche Bank (DNB) and the Netherlands Authority for the Financial Markets (AFM) have published press releases in the past period in which they warn investors and consumers of the risks of cryptocurrencies. Therefore, you can not invest in bitcoins or other cryptocurrencies at ABN AMRO.

Whether the wallet of ABN AMRO is ideal is still the question. Customers can keep their Bitcoins in it, but the private key remains in the hands of the bank. This goes for many crypto enthusiasts against the principles of Bitcoin, since people remain dependent on an intermediary. However, the Bitcoins of the 500 customers of ABN AMRO are insured against theft up to a value of € 6,000.

When you wake up to dropping open interest in Bitcoin!