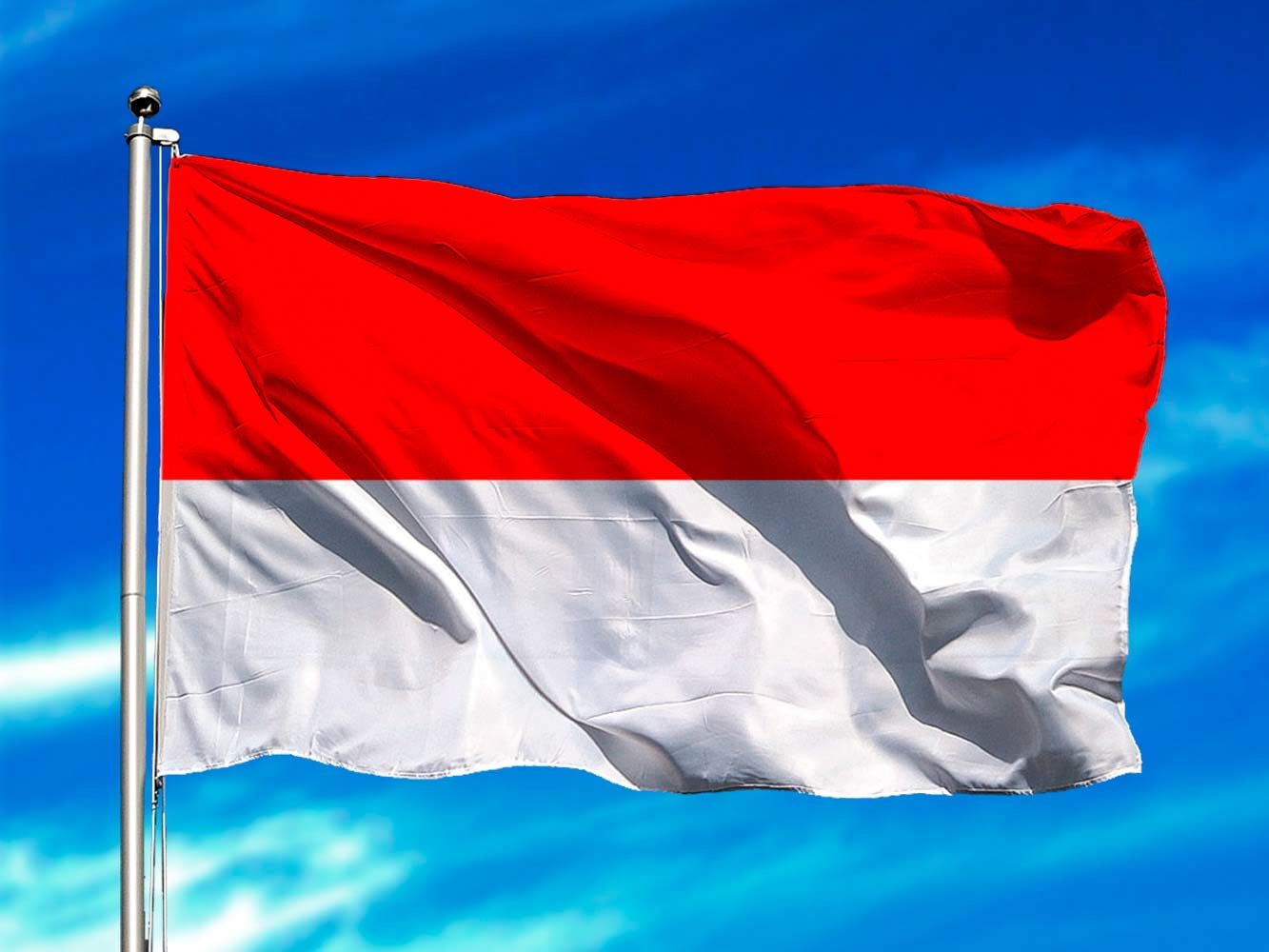 Leah Callon-Butler, a CoinDesk columnist, is the director of Emfarsis, a consulting firm focused on the role of technology in advancing economic development in Asia.

When Chef Bagus closed the doors to his restaurant in the Balinese tourist resort of Kuta, the only thing left in the kitchen was the hallmark aroma of his world-famous BBQ ribs.

With Indonesia’s usual inflow of cash-happy and Instagram-snappy tourists all but dried up due to global travel restrictions, Chef and his crew emptied the chiller, cleared the shelves and cooked every last ingredient on hand. Then, they promptly donated the food – about 150 boxes in total – to a local charity distributing meals to the needy. That was late February and since then Chef’s crew of 32 people have been sitting at home in Bali waiting for the green light to go back to work.

With more than 75% of Bali’s GDP derived from tourism, the fallout of COVID-19 has been brutal on the locals. With his business out of action until further notice. Despite the huge financial losses he’s incurred over the past few months, Chef has channeled his energy and money into buying and assembling packages of eggs, noodles and rice to be personally delivered to poor families around the Kuta area.

“I believe in karma,” says Chef, with a smile. “Helping others during this situation is good for them and good for us as well,” he explains, with deep conviction. His optimism is infectious.

I first learned about Chef Bagus when I got a random text message from my Mum asking if it were “safe” to send $10 to his Balinese bank account. Safe? Probably, yes. But cheap? Umm, no. Mum was not in the habit of sending small tender cross-border, so she nearly fell off her chair when I told her the bank would charge a $10 fee to send a $10 sum from Australia to Indonesia.

It’s an issue for anyone wanting to send small amounts of money overseas; it is prohibitively expensive to do so. The cross-border payments system is highly complex and the funds pass through many hands – each taking a clip – before arriving at the intended destination.

THE EXORBITANT COST OF SENDING A LARGE NUMBER OF TINY, UNCOORDINATED, TRANSACTIONS NEGATED THE VALUE OF DOING ANYTHING AT ALL

There is also extensive due diligence required to ensure the funds are not facilitating illicit activity, with severe consequences for those who fail to identify and act on red flags. Because sadly, not everyone sends cash with altruistic intentions. Just ask Brian Hartzer, the Westpac banking chief executive who resigned last year over the bank’s role in Australia’s largest-ever money laundering scandal.

Via a bank-to-bank system called LitePay, which allowed consumers to transfer small amounts of money to each other, Australian regulators found repeated payments were made to a person in the Philippines who was later arrested for child trafficking and exploitation.

I am explaining all this to my Mum via video call and can see that she is horrified and perplexed both. Why was I telling her this nightmarish stuff when all she wanted to do was send a measly $10 to Chef Bagus for a copy of his BBQ ribs recipe and a spot in his virtual cooking class?

The idea to go virtual came about when a bunch of Chef’s biggest fans piled onto his Facebook page to request the recipe for his signature BBQ sauce. A culinary original of his own creation, Chef’s sweet and sticky BBQ glaze had achieved something of a cult status among Kuta’s global visitors. And now, with holidays canceled, they were locked down at home, bored and suffering a severe case of Bali Withdrawal Syndrome.

So Chef suggested he could run his top-rated cooking classes online – one of Bali’s star attractions – and he would use the proceeds to help fund his local relief efforts. Suddenly he had hundreds of wanderlust-yearning homebodies scrambling to donate. They were just as excited to cook with Chef from home as they were to give back to the beach community that had brought them so much joy in better times.

But the exorbitant cost of sending a large number of tiny, uncoordinated, transactions negated the value of doing anything at all.

So, Heather – a Melbournian who had visited Bali 10 times in the 14 months prior to the coming of the pre-coronavirus – came up with a workaround. Any Aussies wanting to pay money to Chef Bagus could deposit into her local bank account. Then, each Friday, she would relay the takings to Chef’s bank account in Bali, along with a report to reconcile her bank statement against his enrolment list.

Using a remittance app that charged a $4 fee on individual transactions, Heather and Chef decided it made sense to aggregate donations and make the transfer once a week. This is a fairly common practice with people who want to avoid the disproportionate expense of sending a small amount of money overseas, and stretch the value of an individual transfer, such as migrant workers that collectively pool their money before sending it to relatives back home. So Chef endorsed Heather’s bank details to the Facebook group and the money started pouring in. The first transfer was a raging success, totaling US$1,020 from 51 Australian donors (the requested donation was only $10 but many voluntarily paid more).

Spurred by the momentum, Heather offered to do the same for others in Bali, too. Like the much-loved local cover band, Justin n’ Friends, which had started “busking online” for its global fanbase. With the usual venues shut down amid the coronavirus crisis, the group found a new home “life streaming” via Facebook Live. Virtual concert goers post their song requests in the chat function and send a tip via Heather’s bank account if they feel so inclined.

But not everyone in Bali has a product or service that lends itself to a digital pivot. Like Heather’s personal driver for example. With the advent of COVID-19, and the knowledge that he and his family were struggling through the tourist drought, Heather told her driver not to stress. She happily increased the usual amount that she was already personally sending to him in Bali each month. For Heather, this is an emotional transaction. More than just money, remittances represent friendship, family and hope for the future.

Global remittances are one of the world’s largest sources of development finance. According to the World Bank, a record $554 billion was sent to low- and middle-income countries in 2019, a value which is three times greater than official development assistance.

The money has a profound impact on quality of life for some of the world’s most vulnerable populations by fighting poverty and hunger, boosting disposable income and by making allowances for health and wellbeing. Education and entrepreneurial ventures are often at the top of the funding agenda too, creating opportunities to break the cycle of inequality.

The United Nations’ Sustainable Development Goals aim to cut the average cost of remittances to below 3 percent of the transaction. But with the current global average still at 6.9 percent to send US$200, we’ve got serious work to do.

With global remittances expected to fall as much as 20 percent this year, largely due to migrant worker pay cuts and job losses, it’s even more critical to find solutions. The global lockdown has made it increasingly difficult to move physical cash around the world, with devastating consequences for any country where vulnerable households rely on money being sent back home.

For the remaining 1.7 billion “unbanked,” mainly throughout emerging economies, there has to be a physical point at the final destination where the cash can be disbursed. The money transfer companies that fill this void incur high costs including rent, staff salaries, commissions to local agents, and so on. Inevitably, those costs are passed onto the customer.

There also tends to be a lack of options since big-brand money transfer companies like Western Union and MoneyGram are able to snag exclusive distribution arrangements through post offices, convenience stores, pawnshops and the like. This way, they protect their high price premiums by preventing smaller challenger companies from entering the market.

This partly explains the prevalence of informal channels, with many opting instead to trust friends, family, or another traveller – possibly a complete stranger – to physically move the cash. Yes, this method is risky, but some have no other option. Perhaps they have insufficient ID to pass the due diligence checks required by the money transfer companies.

Perhaps they have the status of an irregular migrant. Perhaps they are not even aware that they are using an informal system. If it were possible to measure these money movements, it is estimated that the actual value of global remittances might be twice as much as what is formally reported.

At this point, I know what you’re thinking: If only there were a decentralized electronic cash system designed for peer-to-peer payments that was cross-border by nature and could provide both transparency over transactions as well as privacy and self-sovereign identity for users.

WHOEVER CRACKS IT WILL BE TAPPING INTO THE LARGEST UNDERSERVED SEGMENT IN THE WORLD.

The OECD had the same idea in a 2020 report on this very issue, which identified blockchain technology as a possible solution to address the cost and trust issues surrounding global remittances. By design, blockchain removes the middleman from the equation and promotes transparency across transactions, allowing for more efficient and cost-effective due diligence procedures.

Even MoneyGram, the most traditional of money transfer businesses, jumped on the blockchain bandwagon in mid 2019 to partner with Ripple in pursuit of revolutionising cross-border payments and foreign exchange settlement using Ripple’s XRP digital currency. And recently it was reported that archrival Western Union made a bid to take over MoneyGram.

Nevertheless, the OECD does recognize that blockchain is a relatively new technology and that the entire industry is at an early stage of development, with policy and regulation still taking shape.

Maybe this is why Chef and Justin have never heard of blockchain and Heather assumes bitcoin is a scam. Even so, I think they “get” the use case better than most, and Heather’s desire to choose and control where her money goes – rather than sending funds to a registered charity and trusting they will distribute the funds fairly – is aligned with much of the blockchain community’s ethos around the benefits of disintermediation.

Cross-border micropayments are a conundrum still waiting to be resolved and the current global crises might be the catalyst needed to spark new ways of thinking about the ways we transfer value between parties and countries (and could offer an opening to Libra in Indonesia). It has been hard to strike a balance between empowering and protecting consumers, with strict regulations raising the cost of serving poorer populations and creating barriers to participation, but this needn’t confine remittances to the too-hard basket. Whoever cracks it will be tapping into the largest underserved segment in the world.

Ripple Price Analysis: XRP/USD On The Verge Of A Pennant Pattern Breakout, Here IS Why $0.25 Is Achievable

How to Use DeFi Crypto Exchange Uniswap: A Beginner’s Guide