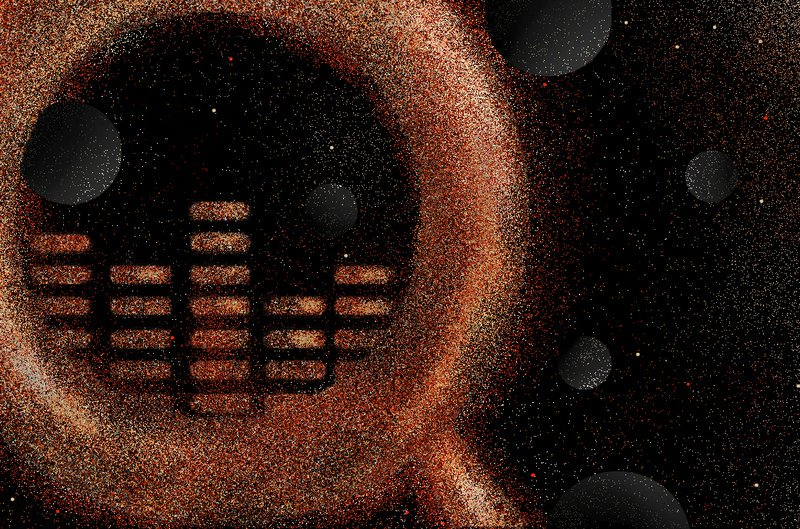 As QuadrigaCX’s legal counsel descends on the courtroom in Halifax, Nova Scotia, for another round of legal proceedings, the court monitor’s third report on QuadrigaCX’s finances — specifically its revelation that the exchange’s cold wallets are empty — lays out some hopeful avenues for fund recovery — and some frustrating dead ends.

QuandrigaCX has been entrenched in a solvency scandal ever since its founder’s untimely death in December of 2018. Gerald Cotten passed away while honeymooning with his wife, Jennifer Robertson. According to his widow and his company, he died with the sole knowledge of the exchange’s cold storage private keys and seed phrases. The exchange filed for creditor protection on February 5, 2019.

Ernst & Young (EY) was appointed as monitor over the case, and it’s now saying that the long sought-after funds in QuadrigaCX’s elusive cold wallets aren’t there. The wallets are empty and have been for almost a year, the accounting firm writes in its third report for the Nova Scotia court. It also reports that it has secured some $25 million CAD in customer funds from QuadrigaCX’s payment processing partners. It also revealed that QuadrigaCX had 14 accounts open on various exchanges, that these exchanges hold some of the previously inaccessible funds and that most, if not all, of these accounts were opened under alias identities.

And if that weren’t enough to chew on going into today’s hearing, Kraken CEO Jesse Powell told Fortune and Forbes that he has been contacted by the Royal Canadian Mounted Police (RCMP) and FBI about the situation.

Cold Wallets Give the Cold Shoulder

The most salient (if disheartening) finding in EY’s third report is the apparent emptiness of QuadrigaCX’s cold storage. More salient still is how long they’ve been empty.

Upon review by the monitor, the following addresses have been identified as QuadrigaCX’s former cold storage:

EY gave no addresses for cold wallets compatible with any of the exchange’s other major cryptocurrencies, like ether and litecoin, though it mentioned that it is investigating three other potential cold wallets which may be related to the exchange.

Of the Bitcoin wallets provided, five have been empty and inactive since April 2018 (with the exception of QuadrigaCX’s “inadvertent” sending of 104 bitcoin from its hot wallets to these addresses after filing for creditor protection). Only one, the sixth on the list above, has seen recent activity; its last transaction was December 3, 2018, an output that would empty the wallet completely six days before Gerald Cotten’s death. In total, 2,776 BTC ($14 million CAD at the time of writing) passed through the cold wallets. Even factoring in bitcoin’s price at its all time high, these 2,776 bitcoin would only account for just over $74 million CAD — just under a third of the $250 million the exchange owes its clients.

The monitor indicates in the report that QuadrigaCX employees were unable to explain why the cold wallets have been empty for so long. Typically, exchanges keep the vast majority (~90-95 percent) of funds in cold wallets, and Robertson said in her affidavit that, to her knowledge, Cotten stored the majority of user funds in these cold wallets.

In the same affidavit, Robertson attested that “most of [QuadrigaCX’s] business … was being conducted by Gerry wherever he and his computer were located.”

Since the monitor can’t find funds in QuadrigaCX’s cold wallets, it’s looking elsewhere, both internally and externally, at other exchanges, to be exact.

“During interviews with the Applicants’ representatives, the Monitor was advised of fourteen (14) user accounts that may have been created outside the normal process by Quadriga,” the report reads.

The report continues to state that the monitor discovered “significant volume[s] of transaction activity” from each account, including withdrawals to addresses that do not belong to QuadrigaCX.

Looking into QuadrigaCX’s ties to other exchanges, EY identified accounts at four other exchanges which were under the auspice of either Cotten or QuadrigaCX. Only one of these exchanges has responded to the monitor’s inquiry into Cotten/QuadrigaCX’s account activity, and the information matched with data QuadrigaCX provided relating to the accounts.

The report does not disclose which exchanges were used, though the findings corroborate research James Edwards of cryptocurrency research site Zerononcense has published. In his latest transaction analysis, Edwards claims that QuadrigaCX funneled ether funds through various exchanges; namely, Kraken, Poloniex, Binance and Bitfinex.

A step in the right direction, the monitor indicated that QuadrigaCX’s exchange processes (both its own and with others) are in the preliminary stages of investigation.

To get a full picture of the exchange’s activity, it has placed a request with Amazon Web Services, QuadrigaCX’s web provider, to view data related to the exchange’s platform. The accounts are registered as belonging to Gerald Cotten and Jose Reyes, the head of Billerfly, one of QuadrigaCX’s payment processors, who became further entrenched in the exchange’s affairs when his bank account was implicated in drafts representing customer funds. Amazon refused to disclose this information even with Robertson’s power as executor of Cotten’s estate.

“The Monitor believes it is imperative that a copy of the Quadriga Platform Data is backed up and secured with the Monitor as soon as possible. The Platform Data will assist the Monitor’s ongoing investigation into Quadriga’s business, affairs and potential assets that may be recoverable for the benefit of the Applicants’ stakeholders,” the report reads.

With all the digging the monitor has done, they’ve only unearthed enough dirt to find even more dirt to sift through before it can get to the bottom of this case. That said, the report included a handful of positive developments, as well.

For instance, EY has secured some $25 million in bank drafts that were formerly held in financial limbo between QuadrigaCX’s motley of payment processors and a bank account overseen by the monitor. These funds are now in a disbursement account with the Royal Bank of Canada.

Another $245,000 from an account at the Canadian credit union, which was frozen in 2017, has been transferred to the account, and the monitor is waiting for QuadrigaCX’s legal counsel to endorse another $5 million over to the exchange, the last portion of bank drafts believed to be related to customer funds.

The monitor also retrieved “minimal cryptocurrency” from one of the exchanges on which Cotten/QuadrigaCX held an account. In addition to this, Robertson has allegedly transferred all of Cotten’s personal cryptocurrency holdings to aid in client reimbursement.

A Committee of Affected Users is underway, the report reveals, but it is not set in stone yet. It also argues that QuadrigaCX’s plea for a stay in proceedings of 45 days is amenable, given that the company needs to appoint a Chief Restructuring Officer (CRO) to properly handle business matters as court proceedings develop.

“Subject to the comments above regarding the appointment of the CRO and the extension of the stay of proceedings, the Monitor supports the relief sought by the Applicants … The Monitor further requests that the Court grant relief authorizing and directing [Amazon Web Services (AWS)] to provide access to the AWS Account to the Monitor and the Applicants,” the report concludes.

Monero Price Analysis: XMR shies away from the $198 mark

Jed McCaleb Sells $22 Million Worth of XRP, Ripple Cofounder’s Stash Could Run Dry by May