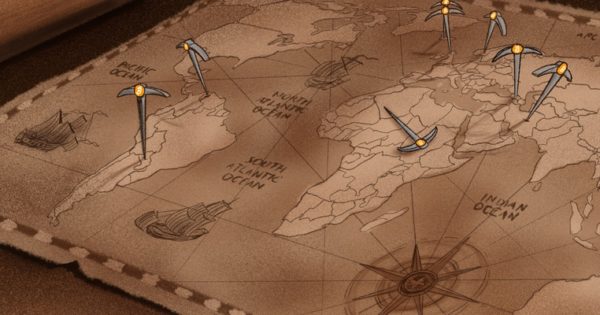 Beyond China and North America: The Decentralization of Bitcoin Mining


Most of what you’ll read about bitcoin mining will be about mining operations in China and North America, but there is a small, growing sector of active mining operations in parts of the world that you don’t often hear about, in countries like Norway, Russia, Venezuela and Paraguay.

China currently accounts for roughly 60 percent (down from a previously estimated high of 80 percent) of global bitcoin mining. But recent signals from the Chinese government that a mining ban may be in the works is causing some speculation about the future of China’s dominance in bitcoin mining.

Given China’s development of its own digital currency (expected to be released by the end of 2019), it’s not surprising that the government is trying to push out bitcoin, arguing that it uses too much energy and is bad for the environment. And, in a recent discussion on Bitcointalk.org, speculation was that, in the case of an all-out ban, Chinese mining operations would likely go underground or move to other, friendlier locations.

Since 2017, Chinese mining company Bitmain, the largest in the world, has been looking around at alternative locations and partnering with companies in other parts of the world. Recently, Bitmain announced a new operation in Rockdale, Texas, or what it says will be the largest mining operation in the world at 50 MW. In this venture, Bitmain partnered with Canadian firm DMG and attracted major investment backing by Peter Thiel.

Marked by its recent new headquarters, Bitmain is establishing its place within a larger trend of bitcoin mining operations spreading across the globe. In fact, it has even introduced a new service for mining companies seeking to relocate or start up in new global locations.

Called the World Digital Mining Map (WDMM), it is meant to serve as a directory for potential cryptocurrency mining farms, listing power sources and other specifications.

So, what will mining companies be looking for if and when they do spread out?

The bottom line for profitable mining is inexpensive power, preferably electric and otherwise sustainable power, though coal-fired generating stations are still used in some Chinese mining operations — another reason the government is considering a ban.

As noted in the June 2019 CoinShares Bitcoin Mining Network Report:

“… chasing down the cheapest power remains the cornerstone of capturing competitive edge in Bitcoin mining. Power is the single complexity of the mining ecosystem that can be controlled or confined. You may not be able to control hashrate, price, or hardware costs/specs, but locking yourself into an advantageous electricity contract will allow for flexibility and profitability.”

According to Bitcoin analyst Alex de Vries, who operates a Bitcoin energy consumption index on the website Digiconomist, Bitcoin energy consumption is currently on the rise globally, after receding late last year following a drop in the currency’s value. As environmental concerns grow, renewable sources like hydroelectric, wind and solar power are looking more attractive. The Coinshares report offers a lower-bound estimate of 74.1% renewable energy use in the industry.

Mining companies prefer locations that have cool climates to reduce the costs for cooling computers, although recent technical improvements are making this less of a factor.

The temperate climates of Norway, Scotland, Iceland and Siberia are naturally suited for mining and for mining companies that are looking beyond their borders.

When bitcoin companies are assessing possible mining locations, one factor to take into account is the political environment. Stability is an important element in the mining location equation.

Is the government stable, not likely to be overthrown or change laws on a whim that could impact a company’s ability to operate?

On bitcointalk.org, bitcoiners in Venezuela have expressed how the lack of stability of President Modura’s regime is impacting their ability to plan.

“…in most of the world there is such a thing as the rule of law. But current Venezuela is different. Think wild west or medieval justice. You ‘could’ do everything by ‘the rules’ and still get all the aforementioned. Or you could smuggle the ASICS and keep a low profile and still manage to go undetected,” said platform user Artemis3.

“Right now when a regime change is imminent, anything goes. We just don’t know what will happen.”

Countries like Iceland and Scotland are likely to be stable for the foreseeable future so this is a positive in the mining location equation.

If a country’s government has difficult-to-understand or restrictive rules governing bitcoin mining operations, that will also impact a company’s decision to set up shop there.

Where in the World Are People Mining Bitcoin?

Balancing all of those different priorities, many bitcoin mining operations have decided to relocate or open operations in places far beyond China and North America. Here’s a brief look at some upcoming mining locations around the world:

Northern Bitcoin, based in Germany but operating in Norway, has found just about all that it needs in Lefdal mine — a data center located 31 miles northwest of Sandane, Norway.

Sustainable, renewable hydropower comes from mountainous fjords there. Cheap, renewable energy is produced by hydroelectric plants, and the Norwegian government exports the surplus. Plus, Norway’s northern climate makes it easier for miners to keep equipment cool.

Scotland and the U.K. are both developing offshore wind farms to produce inexpensive, renewable energy, so this area seems to be of growing interest to some bitcoin mining companies.

A small mining farm in Southwest Scotland (near Ayrshire) close to the sea hopes to expand when more renewable wind energy becomes available. Already, this site benefits from cool sea breezes and a temperate climate.

With a politically neutral environment, there are no clear restrictions to bitcoin mining here.

Siberia is reportedly a growing international bitcoin mining hub, as bitcoin farmers are benefitting from abandoned factories and hydroelectric dams built during the Soviet regime of forced economic development.

The Russian government is offering cheap energy rates in areas like Irkutsk in Eastern Siberia where hydroelectric dams generate power, whether it’s used or not.

And Siberia’s naturally cold climate is a clear advantage for cooling equipment.

According to recent research, mining farms in Russia account for 10 percent of the total Bitcoin network worldwide, with a total of 600 MW. Bitcoin has no legal status in Russia and is not subject to taxation or securities regulations (so far).

Georgia has become known for its “crypto-friendliness,” and in the heyday of the last bull market was ranked third in the world for the amount of bitcoin mined, after China and the U.S. It is also the home of BitFury, a full-service blockchain company and one of the world’s largest mining equipment manufacturers.

The government is proactively encouraging bitcoin mining and has a comprehensive blockchain strategy backed up by several government offices. Much of the attraction is due to its subsidized electricity rates, as well as tax-free opportunity zones and favorable regulations.

In July 2019, for example, Georgia exempted bitcoin-to-fiat transactions from its value-added tax (VAT) levied on the sales of goods and services.

The government of Paraguay has proactively stepped up to promote and encourage bitcoin mining, hoping to make the country a bitcoin mining mecca and one of the largest mining centers in the world.

According to Bitfury, which has partnered with South Korean firm Commons Foundation to launch a network of mining operations, Paraguay currently only utilizes roughly half of the electricity produced by these two power plants.

Bitcoin mining in Iran has been popular at an unofficial level for a number of years, in part due to the very low cost of energy there.

The main advantage of bitcoin mining in Venezuela is the very low cost of energy.

Recently the government expressed interest in using bitcoin, in addition to its own digital currency, the petro, to pay government expenses as the country is feeling the effects of international sanctions and a crumbling economy.

Bitcoin miners have been significant in Venezuela since 2014 and have an active community, but in a recent thread on Bitcointalk.org, concerns were expressed about the erratic nature of the government as it seeks tighter control over miners.

Iceland clearly meets the climate requirements for bitcoin miners, and hydroelectric dams and geothermal power plants there create sustainable green electricity. There is already an international community of cryptocurrency miners in the country; Genesis Mining has operated a plant in Keflavik since 2014, for example. The recent increase in mining, however, is still a concern for local environmentalists.

Mining Decentralization: Why Does It Matter?

In the last couple of years, uncertainty in China and the growth of new mining centres has started the process of decentralization, but there is a long way to go.

Increasing decentralization reduces the potential influence of governments over mining, making for a freer, more open network. And with more competing miners, there is less chance of a 51% attack on the network.

As a beginner to buy your first bitcoin (BTC)?

SBI Holdings has big Plans for RippleNet and XRP in Asia