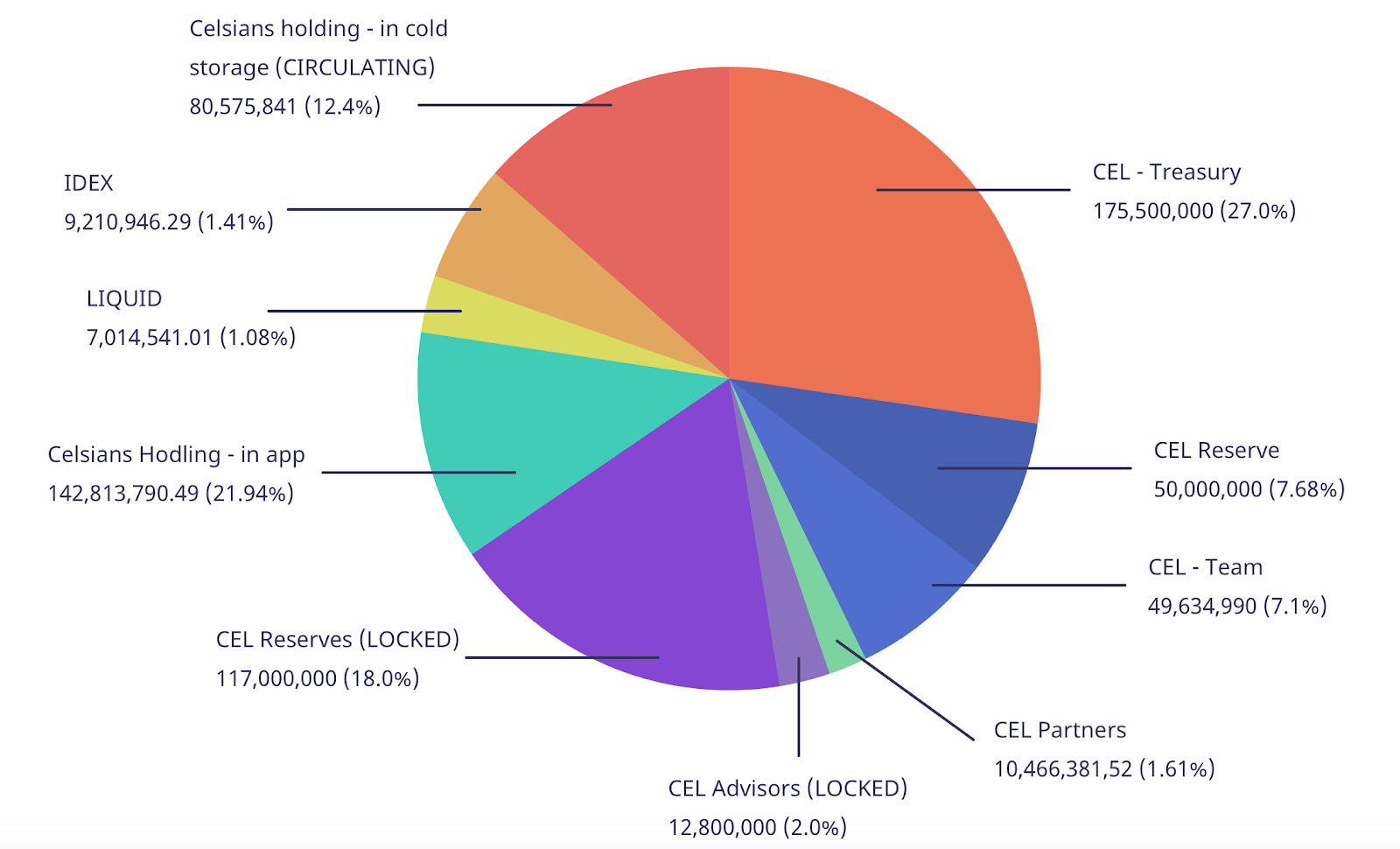 A new meme has begun circulating among Bitcoiners. Much like the “be your own bank” and “digital gold” memes before it, it’s straight and to the point.

Don’t believe me? Check out this website and see how your bitcoin stash would be holding up depending on if you bought X amount on Y day (this does assume a dollar-cost averaged or, as the hip kids says these days, “stacked sats”). Another way to look at it: Bitcoin has been profitable to hold (up to the time of this writing) for 92 percent of its existence.

“Number go up” is, relatively, a great savings impetus, but there are also ways for you to accrue interest on your coin as it sits idle in storage. When my father first informed me of savings interest, I was astounded. “You mean I can make money on my savings for doing nothing?” Well, yes, but I was also born a decade or so too late for this to make any discernible difference on my finances. Compared to my father’s young adulthood, any interest I earn on my fiat savings account is laughably insignificant (I think I’ve earned an incredible $2.00 since opening an account some six or seven years ago).

Thanks to the sprawling infrastructure being built around Bitcoin, however, you can earn more than that on your bitcoin through various loan services. Of course, this comes with a cost of custody; under these schemes, you relinquish your keys to a third party, which has given some of us pause.

So whether or not you want to use these services is up to your own risk tolerance, as none of them come without risk.

A New Way to Save

BlockFi is perhaps the best known bitcoin lending service, so we’ll use it as a jumping off point.

The service is twofold: It allows its clients to deposit their bitcoin (or ether or GUSD, if you’re, you know, one of those people) into BlockFi Interest Accounts to earn up to 8.6 percent annual compound interest on these coins. It also allows clients to deposit their coins to take out a USD loan of up to 50 percent of the value of the collateral.

For those leveraging BlockFi’s interest program, the interest is paid out in the cryptocurrencies that the client deposits. The rate of interest also varies based on the amount deposited and which asset is deposited. For example, 0 to 5 bitcoin will earn you 6.2 percent, while anything over 5 bitcoin earns you only 2.2 percent; for ether, larger amounts are even lower, as anything above 200 ether only earns you 0.5 percent. GUSD, on the other hand, may earn you the maximum 8.6 percent.

Why is that? It has to do with volatility. Whereas bitcoin and ether are subject to the frenetic price movements that have come to define the crypto market, GUSD, as a stablecoin with an ostensible 1:1 parity with the dollar, doesn’t fluctuate at all, really, except under deviant circumstances.

“Actual yield will vary based on account activity and compliance with BlockFi’s terms and conditions. Rates are largely dictated by market conditions, which are a key factor in a company’s ability to provide its clients yield on their crypto assets,” BlockFi’s website reads.

On the other side of the aisle, we have Celsius Network, which offers the same services as BlockFi (and, on its website, constantly tries to convince you it’s the superior alternative), but one key difference is that it accepts a mixed bag of 25 coins and tokens — and even features a token of its own.

Celsius has no minimum deposits or any fees. It supports basically every relevant stablecoin (including DAI) and promises up to 10 percent return on its interest accounts, though like BlockFi, this varies by coin.

According to the website’s interest estimator, 1 BTC would earn you $7.27 per week for a total of $378.08 over the course of 12 months (that’s roughly 4.5 percent) to be paid in bitcoin. But you can also choose to take your payment in the Celsius token (CEL), which increases your payout by almost 20 percent; for 1 BTC, interest in CEL would entitle you to $9.09 per week or $472.60 over the year.

CEL token payouts, Celsius founder Alex Mashinsky assured me, come from token buybacks on the spot market. The fear here is that Celsius could just print more CEL tokens as needed to pay back interest accounts.

“We’re not the Fed. We’re not going and printing money on demand,” he said, bristling at the accusations flung by Bitcoin maximalists that Celsius has a war chest of printed tokens to remunerate users.

“Every week we go out and buy $500,000 tokens from the market,” he continued, explaining that one-third of Celsius’ clients choose their interest in CEL. “Why did a third of our community decide to take CEL tokens? Because they’re smart and thought ‘If Celsius continues to increase assets under management and they continue to add users and continue to pay more interest, they’re going to need to buy more CEL tokens so the price will go up because Celsius is the largest buyer of CEL tokens out there.’ Just like JP Morgan is the largest buyer of JP Morgan stock.”

He added, “That’s exactly what Wall Street does for the shareholder. Celsius is doing it for the community.”

Roughly 36 percent of the CEL token supply is circulating, while the rest is locked up in its treasury, reserves or accounts held by its team/advisors.

In our conversation, Mashinsky said that 90 percent of Celsius’ business comes from interest accounts. To generate revenue, the company employs a combination of rehypothecation (taking deposits and refinancing them on the open market), trading arbitrage and other techniques. Of the total revenue from these actions, Mashinsky claims, 80 percent goes back to paying depositors.

It also hosts a bitcoin exchange that doesn’t charge commission on purchases, presumably motivating users to then park their BTC in a term deposit account.

“Our goal is always to encourage the adoption of bitcoin,” Yifeng Mao, the CEO of BitLeague, said when the company announced its commission-free trading. “And of course, after our clients get their bitcoin, we encourage them to invest in our Bitcoin Term Deposits.”

BitLeague also offers customers loans on their cryptocurrency holdings. Users can enter the fiat amount they’re after and BitLeague will calculate a BTC collateral amount in kind, based on a 30 percent loan-to-value ratio (so, if you borrow $10,000, you will have to stake $3,000 worth of BTC). Borrowers will then agree to pay a calculated monthly interest rate and can purportedly get their fiat loan within 48 hours. The advantage for HODLers is that you can get fiat if needed without having to actually sell any BTC.

To date, all of BitLeague’s services have been bitcoin-focused, but it is planning to launch a libra interest account soon, offering an expected 6 percent rate.

Celsius, along with another cryptocurrency lending platform SALT (which doesn’t provide interest accounts), has taken flak for including a token in its business model. There are other obvious drawbacks to these services, including surrendering your keys to the companies providing them. Celsius claims on its website that users will always have “access to 100% of the funds” and boasts no fees or minimum deposits.

BlockFi has no minimum deposit, though each user is subject to Gemini’s minimums because this is where BlockFi custodies client deposits. Withdrawals are capped on a monthly basis, though these figures are extremely high (100 BTC) and wouldn’t affect lower net-worth HODLers. Coincidentally, much of BlockFi’s business comes from whales.

BitLeague maintains a 0.00001 minimum deposit and no maximum deposit for its term deposit product. BitLeague claims that most of its customer assets are held in a cold storage system, while a small percentage is held in its hot wallet. Its website outlines multiple security and insurance measures in place. But BitLeague does not let its customers make withdrawals from their term deposit accounts before they mature. In cases when it does allow users to do so, it imposes a penalty equal to the total interest that has been accrued in the account — essentially, it will just give you your bitcoin back.

Over 80 percent of BlockFi’s business comes from the United States (and it is barred from users in Washington State), though BlockFi’s interest accounts are available in just over 100 countries after a recent expansion. Celsius is available in about as many locales with the majority of its business coming from Europe, while the United States accounts for 30 percent. BitLeague serves clients from over 14 countries.

All three businesses have been growing rapidly in the past few years. Celsius claims that it has generated over $2.2 billion in loans across 45,000 active accounts with $300 million of assets in custody since it launched in 2017; its token currently trades for $0.05 and has extremely thin liquidity with a little under $100,000 in daily trading volume.

Zac Prince told me that BlockFi currently has somewhere in the ballpark of the hundreds of millions of dollars in custody and rakes in seven figures of revenue monthly.

BitLeague claims to have handled millions of dollars worth of BTC on its platform to date.

It should go without saying that these services are still extremely young and all would caution that their services are subject to the volatility of the market and the risk inherent to cryptocurrencies. Both offer insurance for deposits, though this will likely not appease maximalists who object to these services because they forfeit self-custody (and in the case of Celsius, SALT and a handful of other smaller tokenized loan services, they ran ICOs).

If you choose to utilize these services, do so at your own risk, and of course, do your own research. But if you’re willing to take that risk to earn interest on your idling coins, the barriers to entry are pretty low.

For the rest of us, we might be content just to HODL — it’ll probably help us save all the same.

The post Bitcoin as a Savings Technology: Are Interest Accounts Worth the Trade-Offs? appeared first on Bitcoin Magazine.