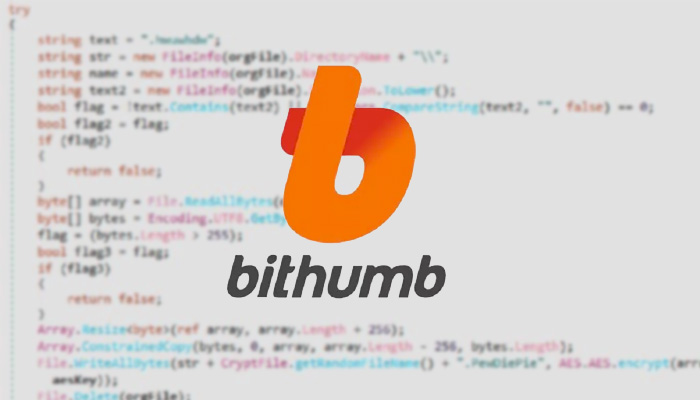 Bithumb hacked for at least $ 13 million, possibly inside job

Bithumb, a large South Korean cryptocurrency exchange, is reportedly hacked. In addition, millions of EOS would have been lost. Customers cannot deposit or withdraw crypto at this time.
In a statement, the exchange writes that around 2 p.m. Dutch time a number of striking transactions took place. The exchange monitoring system noticed the transactions, after which the team acted immediately.
During the hack, about 3.07 million EOS would have been lost, which is worth $ 13 million. Currently, customers cannot access their cryptocurrency. Bithumb writes in the statement that all cryptocurrency of customers are secure:

All lost cryptocurrency was owned by the company and all our customers’ assets are securely stored in our cold wallet.

There are also rumors that around 20 million of XRP has been lost. That would amount to around $ 6.2 million. However, it remains unclear exactly how much has been lost. Bithumb would have tweeted at some point that about $ 30 million in cryptocurrency was stolen during the hack. However, this tweet has been deleted again.
The exchange also said that the hack is the work of an insider. Bithumb did not find any traces of a breach in security by an external party. The exchange has informed all relevant regulators in the country and the largest cryptocurrency exchanges about the incident:

We work together with the largest exchanges and authorities and expect to find the lost cryptocurrency.

In the same statement, the exchange apologizes for the fact that security was really only focused on external attacks. It would not have paid enough attention to the possibility of an insider attack. The coming hours will become more clear about when customers can use the exchange again and what the exact damage is.