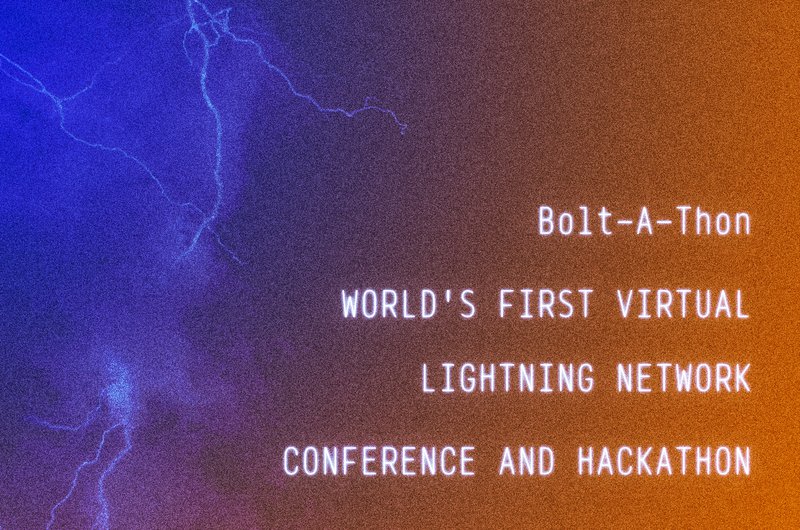 
Bolt-A-Thon, a unique kind of Lightning Network hackathon and conference kicks off today, April 5, 2019, to help gather contributors from all over the world and propel Bitcoin’s vital Layer 2 solution. But rather than host the event in person, the organizers adopted a core tenet of the Lightning Network itself into the very fabric of Bolt-A-Thon.

“The Lightning Network was built around the idea of financial inclusivity,” explained Andrew Yang, the COO at BlockFuse and an event organizer. “Anyone in the world can pay and it can be done pseudonymously … As the world’s first online Lightning Network and hackathon, that’s exactly what the Bolt-A-Thon was designed to be.”

By creating a borderless, affordable event that people could attend anonymously, the team behind Bolt-A-Thon is hoping to draw the very attendees who are central to both the growth of the Lightning Network and the development of Bitcoin in general.

The Bolt-A-Thon hackathon will begin on the evening of April 5 and run until April 7, 2019. Hackers will be given a suggested theme for their work and will build their projects over the two and a half days, culminating in a presentation to their fellow hackers and a panel of judges. Anyone in the world is eligible to participate and there are BTC prizes for the top projects.

The conference, which begins on April 6, includes a lineup of Lightning-focused speakers like Rusty Russell from Blockstream, Conner Fromknecht from Lightning Labs and Fabrice Drouin from ACINQ.