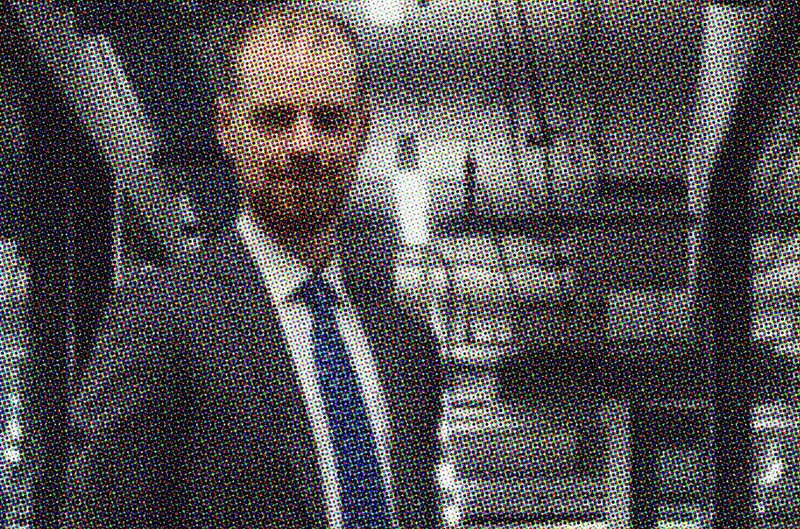 
Technology lawyer Addison Cameron-Huff launched his new, Toronto-based, all-crypto legal firm on January 3, 2019, Bitcoin’s 10th anniversary, as a statement of his commitment to working for and promoting Bitcoin and cryptocurrency-based businesses.

Cameron-Huff has worked as the lawyer for a Bitcoin core developer, several token-based companies, and dozens of crypto startups. As president of Decentral Inc., he managed a staff of 30 and helped to take the company to 750,000 monthly wallet users.

As the first, all-crypto legal services firm in Canada, Cameron-Huff expects the ongoing uncertainty around Canada’s cryptocurrency regulations to create some business for him, but he is also looking to build a global presence.

“It’s likely that the first legal work that I do in 2019 will be for a company from Malta or one from Singapore. I’ve had client inquiries from as far away as Papua New Guinea,” he told Bitcoin Magazine.

“There is an ongoing global talent shortage, and lawyers are a part of that. Although most law is national/sub-national, there are certain corporate-commercial considerations that are cross-border, and legal strategy is international. Many businesses around the world can’t find local legal talent that meets their needs, and this is an export opportunity for Canada’s blockchain lawyers.”

Cameron-Huff notes that Canada has a relatively welcoming regulatory and legal environment, especially when compared to the U.S.

The challenges continue to be “non-legal areas like commercial bank accounts (i.e. not being able to have access to the banking system), access to capital (especially post-angel), and competition for talent (crypto companies aren’t the only ones trying to hire smart technologists),” he said.

As noted here, the Canadian government’s previously drafted regulations, which had been circulated for comment, have been quietly shelved at least until after the next election (expected in October this year), meaning that any enforcement date gets pushed back well into 2021.

Cameron-Huff, who was involved in the original, confidential regulatory consultation process in 2014, said the industry should be thankful that those efforts were never enacted. He told us he’s not a fan of cryptocurrency-specific, even though he’s heard from quite a few crypto businesses who are keen on regulation.

“What they don’t understand is that the regulations won’t be written by them or even for them. They assume that any regulations will be supportive of their vision for the industry and the Canadian payments space, but that’s not necessarily the case, and even if it was, it has the potential to freeze existing models in place.

“The major issue over the last two years has been how to avoid illegal securities. Exchanges have increased their scrutiny of new digital asset listings and the rest of the industry has followed suit. In 2019 will see a continued maturation of the space and an increased focus on regulatory/compliance. It can’t be ignored anymore.”

Cameron-Huff commended the federal government for its caution saying:

“The current situation is one in which there is significant freedom to operate and experiment with new models. That’s exactly what’s needed right now.”

Cameron-Huff is sanguine about tying his future to bitcoin:

“The price goes up. The price goes down. The price goes up. That’s the history of bitcoin in a nutshell. The only thing that would surprise me is if the price stays the same throughout 2019. I’m dedicating myself full-time to this industry, so I think that shows my long-term view better than anything I could say. Developers aren’t stopping and neither am I.”

As far as working with the many altcoins out there, Cameron-Huff is not looking for any business and says of altcoins:

“The vast majority of altcoins are inconsequential copies of the source code of major projects like Bitcoin and Ethereum — copies that don’t involve technological innovation will almost certainly continue to fail.”

However, Cameron-Huff expects to be advising some startups on token sales and he thinks that ICOs are likely here to stay, saying:

“I expect that 2019’s token sales will be of higher quality than many of the ones from 2017/2018. There’s a growing sophistication in the market and I think the ‘gold rush’ mentality has cooled.”

Cameron-Huff said that he is happy to accept bitcoin as payment (as well as fiat) and, in what he sees as another pioneering step forward, he has a fixed-fee payment system for his clients.

As described on his website, a fixed-fee service is designed to ensure a firm has access to legal advice, no matter what the issue and when. Like a membership fee, it ensures access when needed.

Cameron-Huff sees this as more suitable billing model for the more complex needs of blockchain and cryptocurrency startups.

Stuart Hoegner, general counsel for Bitfinex, told us he sees a successful future for Cameron-Huff and commented about the fixed-fee system:

“I suspect he’ll also find a very willing audience for the fixed-fee arrangements that he’s proposing. Smart and forward-thinking lawyers have been open to these kinds of alternative billing arrangements for years, and they continue to be in demand.

“They do not always fit a client’s circumstances, but the key is modularity and choice. The attorney’s way of working and billing should fit the client’s business model and objectives, not the other way around.”

Evan Thomas, a Toronto-based lawyer who works with crypto businesses, is also enthusiastic about this new billing arrangement saying:

“What seems unique is that Addison is leveraging his particular legal and business expertise to offer a fixed price scope of work that goes beyond the typical legal work any startup needs and includes work and advice specific to companies in the blockchain/crypto space. An innovative model like that requires strong knowledge of the legal, business and technical issues specific to clients in the industry.”

Cameron-Huff remains optimistic about wading into unchartered waters. “There’s a lot of talk online about crypto prices and whether or not 2018 was a bubble, but I’ve only seen a steady increase in the number and quality of Toronto’s blockchain companies. Canadian banks continue to hire blockchain developers. Startups have doubled-down on the value of their products rather than the value of their coins or tokens. I expect 2019 to be a big year for product development. The speculative side holds little interest for me.”