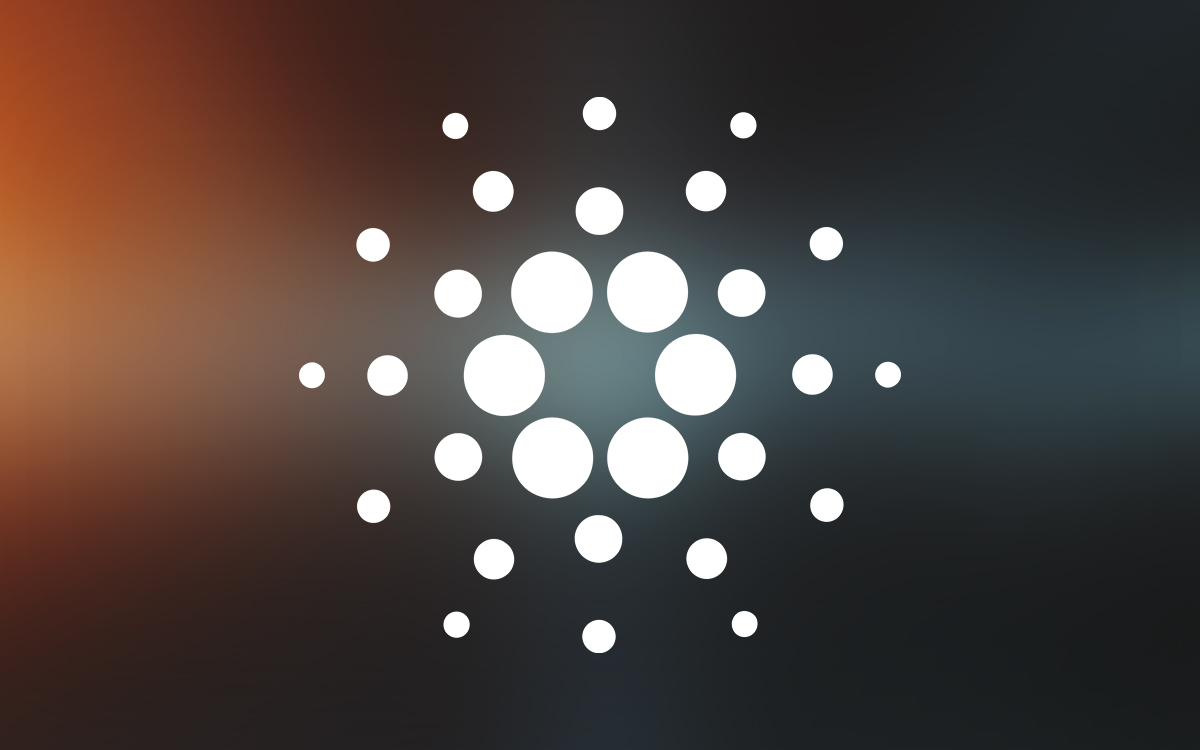 Cardano is the habitat for the ADA cryptocurrency, which is mainly used to send and receive digital funds, making direct transfers fast and possible through the use of cryptography. More than being a cryptocurrency, it is a technological platform that helps run the financial applications which are being used by individuals and institutions all around the world. The platform is being constructed in layers which gives the flexibility to allow for upgrades of a soft fork.

Cardano blockchain also runs decentralized applications and services which are not being controlled by any third parties. This is the first blockchain project designed by a global team of engineers and can be implemented on mission-critical systems such as aerospace and banking applications.

Recently the Cardano Foundation declared its first step in the rollout of the Shelley testnet, i.e., Shelley Testing Program, after which the members would be able to select from a detailed interface of available stake pools. Apart from that, there will be several upgrades done for the Daedalus wallet.

It was created by Charles Hoskinson, ex-Ethereum Co Founder and is considered a third generation blockchain behind the likes of Bitcoin and Ethereum. It was launched back in 2017 to compete with ethereum.

Cardano has been involved directly or indirectly in several projects since its launch. In April 2019, The company behind the Cardano Blockchain, IOHK also launched Atala which is an enterprise blockchain framework designed for the Ethiopian government and other African countries. Later on in September of the same year, Cardano entered into a partnership with the athletic wear company, New Balance which will enable the company to use the blockchain to detect fake footwear.

In 2020, IOHK launched Project Atlas and Project Catalyst. The goal of Project Atlas was to improve users’ experience on the Cardano platform through services integration and more accessibility to its tools and products. Project Catalyst on the other hand sought to accelerate community innovation and develop on-chain governance.

FXStreet provides a detailed technical analysis of Cardano price action in the past day using its 12 hour chart which shows that there have been two equal highs and three higher lows since February 22. It predicts that the cardano price could see a 43% bullish rally that will see it rise to $2.09 if it breaks a crucial supply barrier. Thus, for the bullish rally to actually happen, ADA has to maintain a 12-hour candlestick above its breakout point of $1.46.

However, for this bullish bias to remain, the price must remain above $1 and any increase in selling pressure which leads to a lower than this could lead to bearish moves for the currency which will it dip to about $0.95 and the if the momentum should persists, a further decline in price t about $0.70.

There have been various views on how much Cardano could be worth by the end of the year and here we examine the cardano predictions. According to Wallet Investor, ADA coin will drop to $1.16 by April before rebounding to finish 2021 at $1.52.

According to Coin Switch, the currency will be worth around $1.23 by the end of 2021. Digital Coin believes that ADA price will increase significantly over the coming years and its Cardano USD predictions put at an average price of $1.84 for 2021.

Coinpedia has a very optimistic view of this token which is regarded as the Ethereum of Japan due to the fact that Japanese people hold 95% of the asset. It believes that the coin will surge right from the beginning of the year and could go as high as $10 by the end.

Previsioni Bitcoin predicts that Cardano could be worth as much as $5.90 by the end of 2021 and even make a more outrageous prediction that it would be worth $4.48 by April. While this seems impossible considering its current price, the cryptocurrency market has been known to be unpredictable and anything can actually happen. Long Forecast predicts a peak of $1.63 while Trading Beasts predicts $1.78.

According to Cardano, this will be the third generation crypto with the goal of overcoming the problems other currencies have encountered. It was designed with the aim of offering fast transfers as well as a platform for financial applications. The Basho and Voltaire phase is likely to officially get introduced, which is akin to contributing to the overall performance, scalability, and security of Cardano(ADA).

The blockchain technology will gain more trust and traction from the users and if Coinswitch believes that Cardano can touch $2.16 by 2023. Beyond the 12 Months price outlook, Wallet Investor also has a long term Cardano forecast where it sees the token would reach $1.88 by December 2022, finally crossing into $2 by 2023.

Digital Coin also predicts an increase in the price of the token and expects it to be worth $2.28 in 2022, and reach $2.55 by 2023. Coinliker.com predicts that Cardano would be worth $3.31 by 2023 and will reach $5.35 by 2025. Coinpedia believes that ADA coins will start 2022 at $12 and it is possible to see it trade around $22 by the end of that year as the new developments and more investments could spur a rise in its price. Previsioni Bitcoin is optimistic in its predictions as it expects Cardano to reach $7.80.

In 5 years or more, Cardano might achieve greater victory as there are lots of partnerships and integrations planned down the line. This is going to impact ADA positively for the longer term. Cardano might even go up the ranking order and establish itself as one of the top 10 cryptocurrencies in the world.

The long term prediction of DG is that ADA will be worth around $3.68 by 2025 and expects it to finally cross the $5 mark in 2028 when it will reach $5.53. Coinpedia optimism about the price of Cardano price extends to its long term prediction as well as it expects the currency to be worth $100 by the end of 2021.

Adam Web, the author of Smartereum believes that ADA has a bright future and expects that it will be worth about $10 in the next five years. Cryptoground.com predicts that the price of Cardano will reach $1.57 in 2022 and by 2025, it would be worth $3.87.

It is impossible to rely solely on price predictions to determine how much a virtual currency will be worth in the next few years, but it can give a good idea. That is why we will look at other cryptocurrencies and their prediction.

One of such is the tokenized oracle network, chainlink. Current link price as at March 30 2021 is $27.33. Looking at chainlink price prediction, there is a chance it could finish 2021 at an average of $38. Another cryptocurrency worth reviewing here is tron. tron price is currently at $0.830 and tron price prediction shows its expected maximum price is $0.15 by the end of the year. Its minimum price is put at $0.05. Ripple XRP is also one of the top cryptocurrencies by market cap. Although faced with a SEC lawsuit, XRP price is curretly at $0.55, an im

For Bitcoin, its day price is $59,065.37 and bitcoin price prediction believes it could reach $100,000. Its closest counterpart in terms of value and market capitalization is ETH which is currently worth $1,856.11 with experts believing that Ethereum price could reach $2000 very soon. Ethereum price prediction is generally optimistic with Long Forecast even predicting an average of $3,828 by the end of the year.

Due to the current crypto bull run, Cardano, like all other altcoins and cryptocurrencies have seen a significant rise in value and if the current predictions is anything to go by, there is still room for more improvements. Most predictions point to a more increase with the most ambitious prediction claiming it could reach $5.9 by the end of 2021. While this might seem outrageous, we believe that the price could inch close to $2 this year alone. Unless something totally disastrous happens, we don’t expect to finish the year at anything below $1.

On a long term basis, we believe that the coin could finally reach $2 latest by 2023 and we see it reaching $5 by 2025. This is not to say the road will be completely smooth as we expect it to alternate between highs and dips within this period, but the chances of achieving $5 is more than likely.

However, the crypto market generally would have to remain favourable and what this means mostly is that bitcoin will maintain its value. The value of other cryptocurrencies depends greatly on the shifts in the trend of bitcoin price as we have seen so far and it is very likely that this will remain so for some time.

What makes Cardano a good investment

If you are planning to invest in Cardano, you will most likely be wondering whether it is worth it and if it is a good investment. If we are to judge solely by the growth in the price over the past few years, Cardano is a great investment considering the fact that it is more likely to increase significantly in the next few years.

The fact that it is similar to Ethereum and shares similar functionality with it means it has lots of potential for growth. The low cost of Cardano means there is potential for growth and cost less to acquire more coins as compared with other coins. Cardano offers security and scalability through layered architecture, which makes it unique and special.

Cardano is one of the best-performed cryptocurrencies with good potential. However, this should not be taken as investment advice and if you’re thinking of investing, it’s always recommended to do thorough research before making any such decisions.

Will Cardano ever reach $10?

It might take some time, but cardano price can reach that value if the developments happen as per the cardano roadmap and it is likely to do so in the next five years.

Yes, Cardano price can reach $100. The real question should be how long would it take the currency to reach this number. using an analysis of the current price, it is crystal clear that the digital currency would not be reaching $100 anytime soon. At least not in the next life to ten years.

Does Cardano have a future?

Cardano ADA cryptocurrency has seen significant gains in the 2021 market which has seen it rise in value. This was mostly due to the crypto bull run and the emergence of DeFi. While most of the DeFi applications have been running on its competitor, Ethereum blockchain. Cardano still has significant potential and with its continuous development, it can become a force to reckon with in due time.

Cardano is the only peer reviewed blockchain project. In simple terms, what this means is that academics reviewed its code to determine its validity and scalability. Its layered architecture also makes it incredibly safe. The three qualities that make Cardano truly special is its scalability, interoperability, and sustainability. It has a long term goal of becoming the High Assurance Code and according to the founder, the high level of the code maintains the integrity of the platform and will prevent a situation like the ETH-ETC split.

What price will Cardano reach?

There are several views on how much cardano will be worth in the coming years. With the current state of the market which has seen unprecedented rise in the value of all cryptocurrencies in general and led by Bitcoin, every coin price prediction for the crypto asset points to a positive year. If the crypto market bull run should continue, there is no doubt that ADA price will also benefit from it and rise.

Most crypto experts are of view that it may reach $2 by the end of the year. On a more long term view, it is expected that ADA coin can reach $10 by 2030. There are those who believe 2030 is too far and it will achieve this by 2025. However, the known fact is that all cryptocurrency price predictions are only that, predictions. The market is a volatile place and could shift anytime.

There’s a Bitfinex “Whale” Looking to Buy Bitcoin in the High-$8,000s