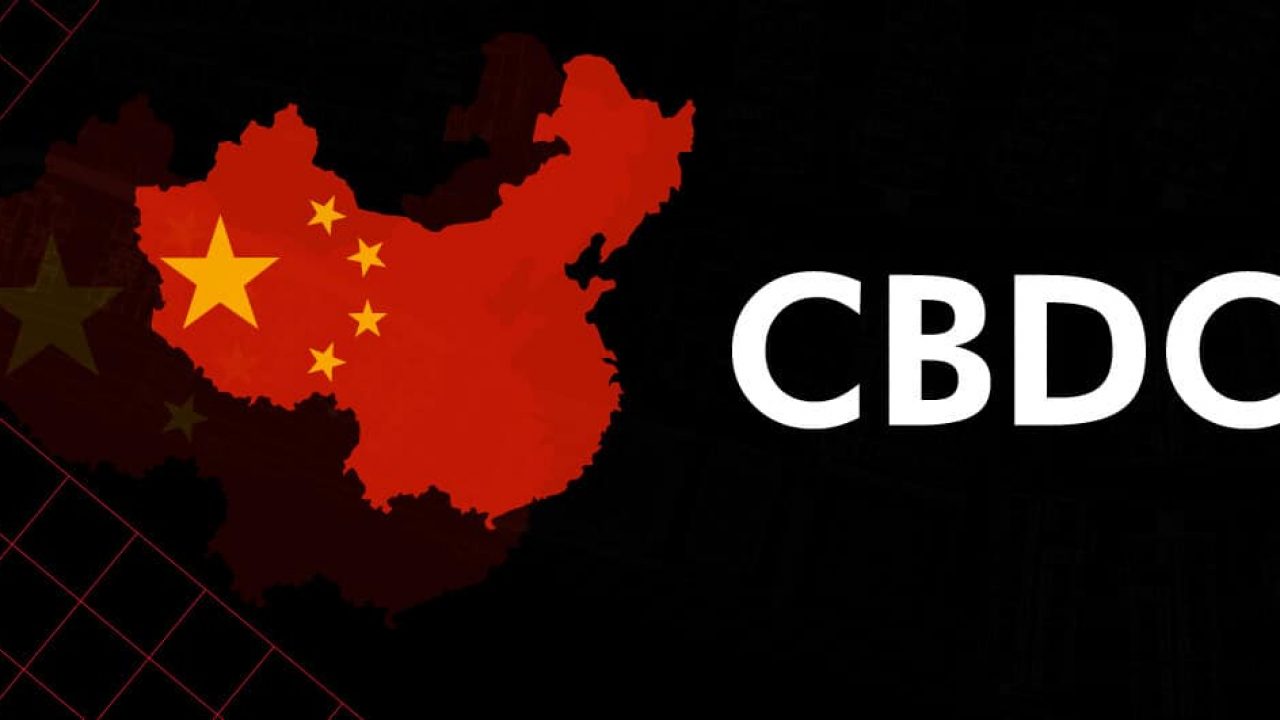 Today, the relationship between China and the United States is one of escalating competition. On Oct. 23, 2019, Facebook CEO Mark Zuckerberg testified before the U.S. House Financial Services Committee on Libra. Zuckerberg and members of Congress had much to disagree on. One consensus that did emerge, however, was concern regarding China’s digital currency project. Zuckerberg noted:

“While we debate these issues, the rest of the world isn’t waiting. China is moving quickly to launch similar ideas in the coming months.”

Building on this, the U.S. Senate Banking, Housing and Urban Affairs Subcommittee on Economic Policy recently discussed the need for a digital dollar as a response to China’s growing economic influence. Similarly, Huang Qifan, vice chairman of the China Center for International Economic Exchanges — a leading think tank backed by the Chinese government — claimed five days later that the Chinese government-led CBDC project, referred to as the Digital Currency Electronic Payment, or DCEP, would replace the SWIFT international financial messaging and payments system, describing it as a tool for the U.S. to exercise its global hegemony.

China has committed to advancing blockchain and CBDC technology. Digital currencies fall within the broader geopolitical competition between the U.S. and China — which makes sense. The two countries have much to disagree on, particularly given the context of military and economic interests, political alliances, and approaches to issues such as human rights and privacy. This has led to a lack of trust between the two countries. Both countries, however, should not limit their responsibility to innovate amid their great-power competition. Digital currency technology offers an opportunity to remake the financial system into one that is more efficient and inclusive, an outcome that is critical for both countries and for a more prosperous world.

Economic slowdown and inequality threaten domestic stability. Sustainable economic growth will be necessary for both the U.S. and China to help lead a more integrated world. Digital currency innovation, therefore, must be framed as a way to solve the critical problems of inefficient payments systems, financial exclusion and economic inequality, rather than as a geopolitical tool to gain influence. Technology should be seen as a force for good rather than as a tool for geopolitical competition. The COVID-19 pandemic has demonstrated how interconnected the world is. Similarly, the future of payments will necessitate imagining a more interoperable and integrated framework. Consequently, the two great nations of the East and the West must seek out ways to learn from one another and collaborate for global prosperity.

The collapse of the U.S. innovation triangle

According to one commentator, U.S. innovation has historically existed through the “triangular alliance of government, academia, and private business.” This relationship, however, has broken, as federal research grants have been increasingly replaced by corporate funding. What is the outcome for digital currencies? Facebook’s Libra sought to expand its payments system without collaborating with the U.S. government.

Libra initially proposed a global stablecoin, which was immediately met with concern by regulators, central banks and other stakeholders who worried about its effects on fiat currency. In response, Facebook released a second version of the Libra white paper in April. These changes toned down Facebook’s ambition for a global currency. Importantly, the new design is meant to promote digital payments within countries and at its core prioritizes blockchain over crypto.

Libra met with strong resistance from the U.S. government, not only for consumer protection and financial stability reasons, but also due to broader national security and geopolitical interests. Libra threatened to upend the U.S.-backed payments system established at Bretton Woods in 1944 by:

Libra tests the extent of private-sector innovation. Broader payments-system transformation requires a more active and engaged U.S. government. The country, however, has not engaged heavily in CBDC conversations beyond expressing some openness to the technology at recent hearings held by the Senate Banking Committee and House Financial Services Committee, nor can it allow private-sector players — like Libra — to lead innovation in this space, as the U.S. government distrusts private-sector projects that undermine or circumvent the dollar-based system.

Furthermore, U.S. regulators must better define the role of cryptocurrencies and private sector projects, and how they might fit into an increasingly digitized payments system. A digital dollar alone cannot advance the payments system. Cryptocurrencies will be needed to operate alongside and interact with a digital dollar for financial solutions such as cross-border remittances and decentralized finance. A lack of government leadership, however, has resulted in weaknesses in the payments system, demonstrated by the government’s inability to quickly distribute COVID-19 stimulus checks to Americans.

For China, blockchain and digital currency technology is a critical piece in furthering the country’s global ambitions. In 2017, China banned all private-sector cryptocurrency trading and fundraising through initial coin offerings. The purpose was — as is now clear — to make way for the development of the DCEP. Shortly after Zuckerberg’s hearing with Congress, President Xi Jinping delivered a speech saying that blockchain technology will be a core facet of China’s vision for future innovation.

Rather than relying on private-sector innovation, the People’s Bank of China — the nation’s central bank — took on the role of innovator. This centralized approach was to foster innovation that fit the payment needs and political goals of the Chinese government. In 2014, the PBoC established a research team to find solutions for digital fiat currency. After the announcement of Libra, China accelerated research and development of the DCEP.

The Chinese digital currency is backed by a one-to-one reserve of yuan at the central bank. This digital currency will likely be integrated with private payment providers such as Alipay and WeChat Pay. In 2020, China has taken major steps toward this ambition, completing the top-level design for a new CBDC, piloting its distribution and beginning tests with private companies.

In line with China’s approach to innovation, the core ledger will be centralized, allowing for a high transaction volume. The DCEP is also designed to further China’s geopolitical interests, as it offers a new system to clear and settle cross-border payments that can bypass the traditional SWIFT messaging system, allowing for Chinese international payments to operate independently from the U.S. dollar and circumvent any potential sanctions.

China’s lessons for the U.S. on government action

The U.S. should not embrace a centralized approach to innovation, like that of China’s, as this undermines the private sector and goes against the U.S.’s form of governance. The U.S., however, can learn from China to advance innovation in payments systems.

Rather than responding to private-sector development after the fact, the U.S. Federal Reserve needs to design a CBDC or, at the least, take on a more proactive leadership role in its design that moves beyond high-level Senate hearings. This includes developing technological frameworks — such as ledgers, cryptography, APIs, interoperability, etc. — and determining how to protect consumers, guarantee cybersecurity, ensure financial stability and promote inclusion.

Policymakers and regulators — including Congress, the Federal Reserve, the Financial Industry Regulatory Authority, the Securities and Exchange Commission and the Treasury Department — must better define the role of private-sector involvement. The development of the global payments system has historically been supported by the U.S. government through the issuance and management of the dollar and a regulatory framework that creates space for an ecosystem of financial institutions. Similarly, the evolution of the digital payments system will require a digital foundation set by the U.S. government.

The U.S.’s lessons for China on decentralization and consumer protection

The PBoC has thus far released little information about the DCEP. A more open design, inspired by the U.S.’s approach to innovation, is needed for testing, inclusion and innovation.

The PBoC should open the research and development process of the DCEP, allowing private-sector and academic experts to participate publicly in a more open-source creation of digital currency-based payments systems. This would allow regulators to better test the DCEP and identify problems, as well as proactively promote innovation for payment platforms that will interface with the DCEP.

The government should open public debate on defining the role of cryptocurrencies — as commodities or securities — and establishing consumer protection policies that safeguard retail investors. Despite the government ban on issuing and trading domestic cryptocurrency, a large number of cryptocurrency exchanges today are registered abroad and hold money from Chinese investors whose rights cannot be guaranteed.

The PBoC should build and maintain a cooperative relationship with other central banks and multinational institutions — for example, the Bank of England, the International Monetary Fund, and the Bank for International Settlements — to jointly develop international CBDC standards and explore a cross-chain payments system.

It should establish more stringent data protection standards so that CBDC-based payments are secure and protect anonymity. The global pushback against the social networking service TikTok demonstrates a movement for data privacy, particularly in regard to government surveillance. The Chinese government can enhance international trust and garner recognition if it proactively designs a CBDC system that protects privacy and limits government intrusion.

The current payments system is slow, expensive and fragmented, preventing billions of people from using the global financial market. As a result, billions of people, including American and Chinese residents, are unable to generate wealth. Prosperity for people on the ground in an increasingly global world, however, necessitates cooperation between the U.S. and China in the midst of competition. For this, cooperation should begin between the central banks and take the form of:

A digital currency war between China and the U.S. will not improve the lives of the Chinese or American people, much less the world. Instead, it risks creating two separate payments systems that will only serve to promote further global competition and distrust. People on the ground who simply need an inclusive, efficient, low-cost system will be left behind and forgotten once again in a digital world driven by egos and great-power competition.

Digital currency technology offers an opportunity to create a more prosperous payments system. By working together to advance payments systems, the U.S. and China can usher in a new era of inclusive economic growth for a more interconnected world.

VeChain can take decarbonization to the next level, says Sunny Lu