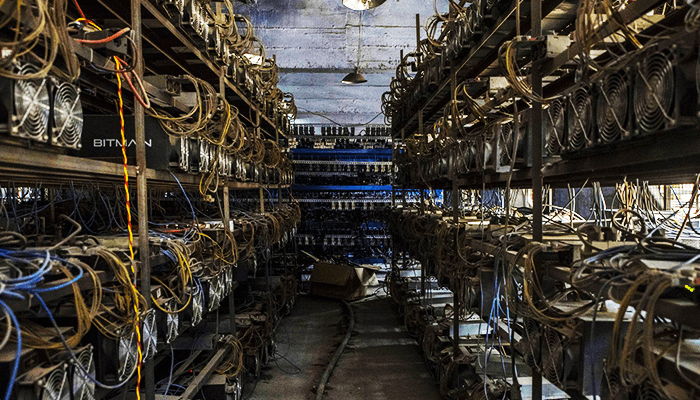 The Chinese government wants to introduce a ban on cryptocurrency mining, according to a report from the National Development and Reform Commission (NDRC) published on April 8.
The NDRC has set up a list of 450 activities that the committee sees as unsafe, bad for the environment or a waste of resources. Cryptocurrency mining has been added to the list, allegedly due to high energy costs.
Details of how and when the ban would be introduced are still unknown. However, the report states that the ban must be introduced as quickly as possible. The NDRC is currently looking for feedback on the prohibition of the public. This consultation period ends on 7 May.

A ban on bitcoin mining and altcoin mining in China could lead to a considerable blow in the prices of the cryptocurrencies of the same name. In China about 74% of all cryptocurrency mining is carried out in the world, mainly due to the low electricity costs in the country.

Yet there are also market analysts who believe that if the ban continues, it can have a positive effect on the prices. It could alleviate concerns about the centralization of mining in China and increase mining costs.
Mati Greenspan, cryptomarketer of eToro trading platform, says the following on Twitter:

If this ban does end up happening, it’s more likely to push BTC prices up than down.
The loss of cheap Chinese electricity would raise the mining cost, which is just positive on price.
It would also serve to kill the FUD that Bitcoin mining is centralized.https: //t.co/OhVh8fUaXv
– Mati Greenspan (@MatiGreenspan) April 9, 2019

There are rumors that this ban is part of an attempt by China to “reset” the overall cryptocurrency market and then gain more control over the industry as it did with the internet. Earlier in 2017, the country also banned initial coin offerings (ICOs).
Bitmain, the largest crypto-mining company in China, may have seen the ban coming. The company already started expanding to the United States and Canada last year. On the other hand, it closed an office in Amsterdam at the beginning of this year.

At the beginning of March, research agency Diar issued a report that showed that cryptocurrency-mining saw profit growth again for the first time in a long time.

Key Reasons Why Ethereum Just Hit Fresh Record High Within an Inch of $2,600