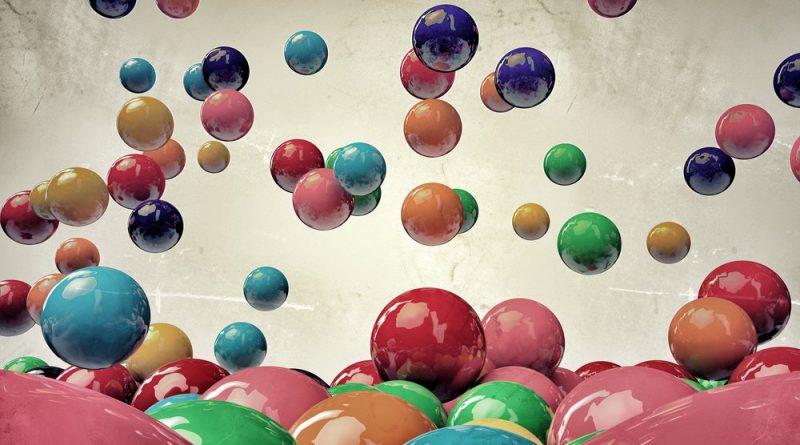 The cryptocurrency markets rebounded after global equities ralliedas the US Fed announced a new round of stimulus.

Data shows that the number of entitles holding at least 1000 BTC has been steadily rising since January.

ETH and ADA may need further consolidations, while XRP and MKR rallies could be short-lived.

The cryptocurrency markets rebounded Tuesday Asia after BTC prices briefly touched $8900 levels for the first time in June on Monday. The leading cryptocurrency prices recovered to around $9500 levels in the early session, while ETH and XRP also reversed some of yesterday’s losses.

The Monday selloff came after US equities tumbled on the back of the rising fear of the COVID-19second wave breakout in the US. Data from John Hopkins University shows that the daily confirmed new cases in the US have rebounded recently, while countries like Brazil and India seem already peaked.Since traditional markets seem to take the lead these days, the sentiment revolves around the virus outbreak could eventually affect short-term crypto prices.

While the new confirmed cases have sparked new worries in the equities markets, the fundamental seems to remain solid on the crypto side. Data from Glassnode shows that the number of bitcoin whales has been growing steadily since January, with over 1880 entities holding at least 1000 BTC, the highest level since September 2017. The rising number of whales could indicate that investors have been accumulating BTC on the back of the Fed has been expanding its balance sheet, results in the continuation of asset price inflations.

In the altcoin space, ADA rebounded more than 8 percentas the network progresses toward the Shelley upgrade next month. KNC jumped about 5 percent on the expectation of the launch of Kyber DAO, whichreportedly will occur by the end of 2Q20. We also saw MKR, NANO, and ZIL among the altcoin movers.

Looking ahead, we expect the equities market will continue to play the leading role over the short-term. Also, gold could be another indicator to watch. If the two started to trade lower together, that could reignite the downward momentum for crypto assets.

BTCUSDT has initially turned the one-year downward trendline into support, as the price rebounded into the triangle pattern.

The squeeze of the Bollinger Bands suggests that the price volatility could increase in the short-term. While the BB squeeze may not be able to predict which direction the price will go, we may able to forecast with momentum indicators.

The stochastic produced a bullish crossover recently, suggesting the bulls have started to regain some grounds. That may able to support a short-term price rebound. This shift is also reflected in the RSI, which rebounded to the top of the recent downtrend.

ETH/USDT –consolidation is needed before the bulls takeover?

ETH/USDT recovered from June’s low of 218.30 alongside with the rebound of BTC. The pair has been changing hands in the 230 handles during the Asia Tuesday session.

The Monday selloff created another leg for the pair. Another triangle pattern has formed.

Although the price has somewhat rebounded, the pair may first retest and consolidate near the lower support of the triangle first, which is near the 78.6% Fibonacci retracement at 223 before a meaningful rebound occurs.

Readings of the momentum indicators also strengthen a consolidation case. A bottom seems in the making in the stochastic, signaling much of the downward pressure has already been eased, yet, the upside momentum still not fully takeover.

The DMI also suggests the same story, with the -DI line still above the +DI line, meaning that there was more downward movement than upward movement in the price, however, the difference has been narrowing.

XRPUSD briefly touched 0.194during the Tuesday rebound. However, from a broader perspective, the pair has been producing some lower highs on the prices, and the descending triangle remained intact.

Momentum indicators haven’t shown a significant pick up of the upside momentum despite the 3 percent rebound on Tuesday. With the fast and slow lines of the stochastic twisted, while the MACD was largely in the red.

Although the Tuesday high is higher than the Monday’s, if there rebound was unable to continue in the short-term, a retest of the lower support of the triangle near 0.182 could become more likely.

ADAUSDT has been one of top movers in the altcoin space in the Tuesday session, surged over 9 percent, just shy below 0.08.

The pair has touched the 30-day moving average during the Monday selloff, but it managed to rebound quickly, and the 30MA support remained valid since early April.

Like many of the altcoins, the pair may need further consolidations at current levels before starting a new trend.

The case of having a consolidation seems also supported by the DMI, with the -DI slightly dipped and the +DI ticked up marginally. A continuation of a twisting of the two lines usually indicate a consolidation period.

MKRUSDT has booked another massive gain on Tuesday, surged more than 18 percent during the session. However,the rebound could be a short-lived one, as bears may just start to growl.

The RSI has produced a bearish divergence with the price, with the indicator has generated some lower highs, while the price has produced some higher highs.

Also, the bearish crossover of the daily MACD suggests that the bulls may start to get tired.

450 levels which is near the 30MA could be the first level to watch.