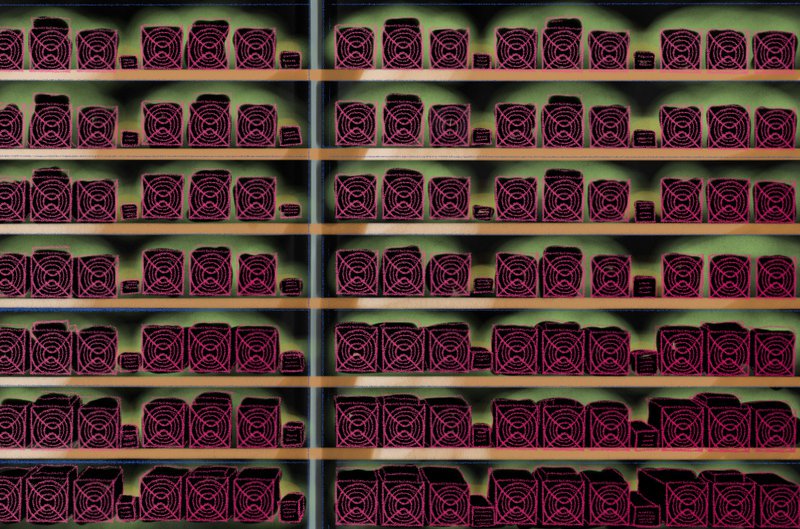 Ebang, one of China’s top manufacturers of bitcoin miners, is planning to produce 400,000 mining machines in 2019.

On February 22, 2019, Ebang reportedly announced this plan to expand dramatically throughout the fiscal year. Currently, Ebang is the third largest manufacturer of cryptomining equipment.

There is one main reason that Ebang might have a solid chance of moving up in the mining manufacturing world: Bitmain’s recent financial troubles. Also based in China, Bitmain is currently China’s unequivocal leader in ASIC mining hardware manufacturing. Canaan, the second largest company on the list, is centered in China as well.

Troubles have been brewing on the horizon for Bitmain for quite some time, however. Last year, the company decided to heavily invest its funds into bitcoin cash, divesting itself of bitcoin holdings in favor of the cryptocurrency’s first forked coin. This quickly spelled trouble on the horizon for the company, as BCH lost money in the bear market; this loss was compounded after bitcoin cash had its own hard fork on November 15, 2018.

Since then, trouble has continued to plague China’s leading mining manufacturer. In addition to announcing a series of layoffs in late December, in February it was reported that the company had lost $500 million in the third quarter of 2018, with an IPO financial filing as the source. In reference to the CoinDesk article, Bitmain told Bitcoin Magazine, “The rumor is false.”

Under uncertain market conditions, Ebang has decided to take a gamble and attempt to capitalize on Bitmain’s rumored instability. According to Ebang’s own figures, the company produced 159,000 units of mining machines in 2017 and more than 309,000 units in the first half of 2018. Ebang went on to state that they “experienced significant decreases in revenue and gross profit for the three months ended September 30, 2018, compared to the preceding three months ended June 30, 2018.” Nevertheless, the plan continues to focus on ramping up production to 400,000 units.

QuadrigaCX and the Million Dollar Questions: What We Do and Don’t Know

Grayscale Reaches $20 Billion Worth of Bitcoin, Ethereum, XRP, and Other Cryptocurrencies

XRP Price Prediction – XRP Starts Losing Momentum as it Hovers Above the $0.25 Level With Risks of Lower Lows – September 19th, 2020

Cardano achieves two major milestones with the start of epoch 3