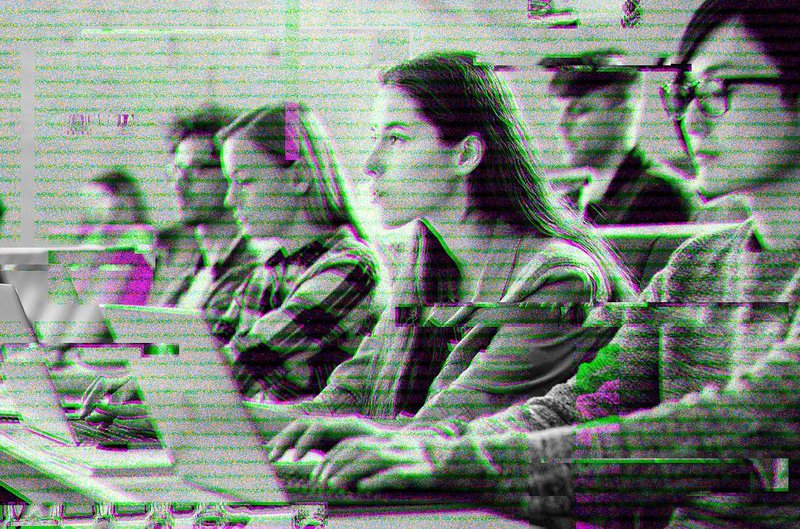 
Bitcoin is an open-source protocol that anybody can interact with. It is getting attention and attracting participation in different ways, whether it is through speculation, investing and sending money, all the way to contributing to what’s underneath the hood. The entire Bitcoin repository is on GitHub, inviting any developer to see the protocol’s code and perhaps contribute toward solving existing problems if they can.

A noteworthy fact, however, is that the pool of developers today is quite small.

“It’s not an easy field to get into,” Jimmy Song, author of Programming Bitcoin and instructor at Programming Blockchain, told Bitcoin Magazine. “Interestingly enough, the thing that makes Bitcoin hard to get started on is the cryptography, and that’s hard because the math is not familiar to developers. Specifically, finite fields and elliptic curves.”

Some would argue, though, that the small number of developers in Bitcoin today is not too small. In fact, it’s perfectly fine at the size it is for such a new industry.

“Bitcoin has only been around for 10 years, and it only started getting a lot of mainstream attention in 2017, so it hasn’t been a long time to build up an ecosystem of developers,” said John Newbery, a Bitcoin Core developer and Bitcoin engineer at Chaincode Labs.

“It’s something that we hear a lot, that it is difficult to find experienced Bitcoin engineers … [Bitcoin] really only started getting mainstream attention two or three years ago, so it’s as expected. We’re doing everything we can at Chaincode to widen and deepen that pool.”

Even outside of developer knowledge, there are many aspects of various fields of expertise that require a significant level of understanding in order to grasp Bitcoin all around. Since there are so many paths that need to be explored, the question is: Where do you start?

It is important to be realistic and realize that a complete understanding of the digital currency will always be unreachable.

“I don’t think it’s possible to understand all aspects of Bitcoin,” Newbery said. “The frontiers are continually being pushed forward so having ‘proper education’ that covers the entire Bitcoin space is a constantly moving target.”

Perhaps a better approach to answering this question requires going back to the very first Bitcoin educator himself, Satoshi Nakamoto. How did Nakamoto introduce something like Bitcoin for the very first time in his white paper so that as many people as possible could understand?

Nakamoto seems to have realized that the best way is to break down concepts separately, explain why they do or don’t work individually, and then tie all the strings together at the end.

A Few Examples in Action

One such solution that presents a similar approach has presented itself in the form of Justin Moon’s BUIDL Bootcamp, a grassroots effort by Moon that aims to educate “HODLers” about Bitcoin beyond the basics. Similar in structure to Bitcoin’s white paper, Moon’s four-project curriculum, starts with “How Bitcoin Works.” The first BUIDL Bootcamp class is already halfway complete.

Similar to how the white paper first introduces transactions, then explains timestamp servers and proof-of-work systems before putting all the pieces together, Moon’s curriculum takes a progressive, constructive approach.

Project 1 starts with students making what’s called a “PNG coin.” This is not a coin at all, instead it is a .png photograph of a paper signature with a message, like “I, Alice, issue 10 coins to Bob,” with a signature below it. Just as Satoshi Nakamoto introduces each of his concepts and proceeds to explain how alone they are subject to failure, Moon then shows his students how, with such a simple .png concept, it is easy to double spend transactions.

Eventually, the course introduces digital signatures to replace these image coins and introduces further concepts in a gradual fashion to teach similar lessons about why Bitcoin was built the way it was. All of this, is also only in project one out of four.

One of the most surprising things about the bootcamp is the extent to which people who had little programming experience were able to follow the course.

“We’ve had a few people that had no prior programming experience besides an introductory programming course, like Code Academy, and we’ve had them get all the way through building an 8,000 line ‘mini bitcoin’ that has all the main features,” said Moon.

The efforts at Chaincode are working toward a similar goal of educating about Bitcoin. Also a bootcamp-style learning course, Chaincode accepts a select number of applicants to go through a multiple-week course about Bitcoin-related technologies. Their developer-focused initiatives educate about the entire Bitcoin system, with residencies covering topics from the actual protocol to second-layer technologies like Lightning.

“We’ve done two versions of the residency focused on Bitcoin Core and Bitcoin, the protocol. And then we did the Lightning residency last year,” said Newbery.

Adam Jonas, who leads the education initiative at Chaincode, added, “We’re also planning a little bit longer residency this summer, a three-month residency, which is much longer than anything Chaincode has run in the past. It is probably an opportunity to sort of fuse both the lecture series and onboarding efforts that we’ve done, along with some project-based work. So hopefully getting the best of both worlds.”