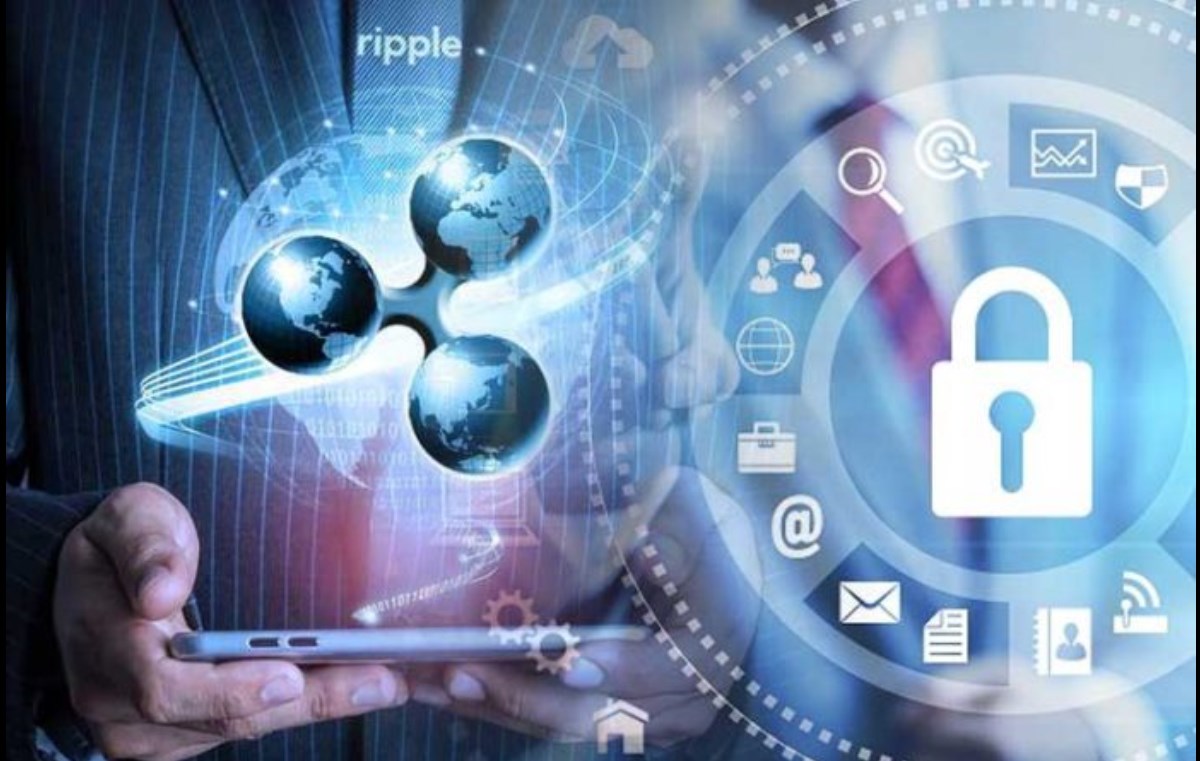 Former CFTC chairman: XRP is NOT a security

Regulatory clarity, or rather the absence of it, if one of the main hurdles for adoption. For XRP, ever since Ryan Coffey filed the first lawsuit against Ripple back in May 2018 claiming XRP was a security, a cloud of uncertainty has been looming over the digital asset. Since then, additional lawsuits were filed and even though the SEC clarified that Bitcoin and Ether were not securities, no indication was given in regards to XRP.

On June 17, Chris Giancarlo and Conrad Bahlke of Willkie Farr & Gallagher, co-authored a paper discussing Ripple and the application of US securities laws to XRP.

XRP is not a security – Howey test

In 2019, the SEC published a the Framework for “Investment Contract” Analysis of Digital Assets. The SEC has taken the position that certain cryptocurrencies are ‘investment contracts’ within the definition of ‘security’ under the Securities Act of 1933 and the Securities Exchange Act of 1934. Under the Howey test, an “investment contract” exists when there is the investment of money in a common enterprise with a reasonable expectation of profits to be derived from the efforts of others. The authors argue that even if XRP were to satisfy one or two of the prongs of the Howey test, it does not satisfy all the factors such that XRP is an investment contract subject to regulation as a security. The paper continues to examine each prong of the Howey test in relation to XRP.

Investment of money: XRP cannot be an investment contract as there is no contract or arrangement to speak of between Ripple and the overwhelming majority of XRP holders. To the contrary, the contracts that Ripple has entered into explicitly exclude general XRP holders as third-party beneficiaries.

The mere fact that an individual holds XRP does not create any relationship, rights or privileges with respect to Ripple any more than owning ether would create a contract with the Ethereum Foundation, the organisation that oversees the Ethereum architecture.

Common enterprise: In determining whether there is a common enterprise under the Howey test, federal courts have required there to be horizontal or vertical commonality between the parties. Horizontal commonality focuses on the relationship between investors in an economic venture. Courts have found such commonality where there is a “tying of each individual investor’s fortunes to the fortunes of the other investors through the pooling of assets, usually combined with the pro-rata distribution of profit”. No horizontal commonality exists with respect to XRP, either among third-party XRP holders or between XRP holders and Ripple. Though broad price fluctuations uniformly affect those who hold XRP, the currency is not pooled in any sense, much less by Ripple or another central party.

Further, as discussed above, ownership of XRP does not, and does not purport to, give the holder any rights with respect to Ripple and a holder of XRP is not entitled to share in the profits and losses of Ripple. The same is true as to individual XRP holders, none of whom are in privity by mere ownership of XRP any more than two people who hold bitcoin or ether can be said to have “tied their fortunes” to one another. To the contrary, given the juxtaposition between XRP’s intended use as a liquidity tool, its more general use to transfer value and its potential as a speculative asset, XRP holders who utilise the coins for different purposes have divergent interests with respect to XRP.

Vertical commonality examines the relationship between the investor and the promoter. While circuit courts are split between broad and narrow approaches, vertical commonality generally requires the fortunes of the investor to be linked with those of the success of the promoter. Under either approach, there is no vertical commonality because XRP and Ripple exist independently of one another, such that the XRP Ledger would continue to function even without Ripple’s involvement. Unlike equities and other traditional securities, XRP does not represent an interest in Ripple and the performance of Ripple has no bearing on the price of XRP. This separation can be observed in the price of XRP, which historically has been unresponsive to Ripple developments and instead generally has tracked broad movements of other cryptocurrencies like bitcoin and ether. If there is neither horizontal nor vertical commonality, XRP cannot be a common enterprise and therefore cannot be a security under Howey.

XRP purchasers cannot reasonably rely on the efforts of Ripple as the XRP architecture is fully autonomous and exists entirely independently of Ripple. Were Ripple to cease its involvement in XRP entirely, the XRP Ledger would still function through third-party validators and XRP would continue to trade freely on exchanges.

That market participants recognize the separation between XRP and Ripple is evidenced by the fact that the price of XRP is generally unresponsive to developments regarding Ripple and instead follows the movements of other cryptocurrencies. Though Ripple maintains a sizable stake of the XRP supply and certainly has a pecuniary interest in the value of its holdings, it is not enough to suggest that a mutual interest in the value of an asset gives rise to an expectation of profits as contemplated by Howey. Moreover, most of Ripple’s XRP is held in escrow and Ripple’s ability to access its XRP holdings is restricted by programmatic limits on the amount of XRP that may be released from escrow each month. In light of Ripple not marketing XRP as an investment and the autonomy and relative immutability of the XRP Ledger, there is no reasonable basis for purchasers to expect profits derived from the efforts of Ripple, and thus XRP does not meet each of the prongs of the Howey test.

SEC division of corporate finance director, William Hinman, opined that a digital asset’s status as a security may be subject to change over time if the network on which the token or coin is to function becomes sufficiently decentralized, a sentiment reflected in the subsequently released digital asset guidance. While decentralization is an inherently difficult concept to quantify, director Hinman cited a number of factors that the SEC may consider in making this determination, including several analogous to the Howey elements already discussed above:

A utility token for liquidity

In recent years, the SEC has begun to explore the concept of ‘utility tokens’, digital assets that represent a right to a product or service offered by the issuer.

In concluding that utility tokens were not securities, the SEC cited the following factors: (i) the network, platform and applications on which the tokens exist were fully developed and operational at the time of issuance and funds from the sale of tokens would not be used for development of the foregoing; (ii) the tokens were immediately useable at the time of sale; (iii) the tokens were restricted to the network and could not be transferred to external wallets; (iv) the value of the tokens was fixed at a pre-determined rate and represented a corresponding obligation by the issuer or other parties on the platform to provide services in the value of such amount; (v) tokens could only be repurchased by the issuer at face value, and (vi) the tokens were marketed in a manner that emphasised their functionality and not the potential for appreciation in value. In addition, the no-action letter issued to Pocketful of Quarters specifically noted that service providers were subject to initial and ongoing anti-money laundering (AML) and know your customer (KYC) checks and that service providers were able to liquidate the tokens for ether at a predetermined exchange rate.

XRP, given its intended purpose as a liquidity and settlement tool for financial institutions, could be considered a utility token with respect to the specific use of XRP for Ripple’s On-Demand Liquidity solution (ODL).

While XRP utilized for ODL is not entirely analogous to the utility tokens for which the SEC has previously issued no-action letters (namely, XRP is neither restricted to the ODL platform nor inherently fixed to a set price), most factors are present. Both the network (XRP Ledger) and the platform (ODL) are currently fully functional and developed such that Ripple does not need to use the sale of XRP for further development and accordingly, the tokens (XRP) are immediately useable at the time of acquisition. Throughout the transaction, the value of XRP is essentially fixed, though it is possible that there may be price fluctuations during the few seconds that it takes for the transaction to complete.

Ripple has also marketed XRP with respect to ODL in a manner that emphasises its functionality (secure and near-instantaneous liquidity without the transaction fees or delays imposed by traditional financial intermediaries) and has not marketed XRP as an asset that may appreciate in value, though the latter half of this factor is moot given the limited time during which the counterparties hold XRP by design. Finally, with respect to AML and KYC considerations, XRP II, the subsidiary through which Ripple conducts its sales of XRP, is registered with the Financial Crimes Enforcement Network (FinCEN) and operates a robust AML/KYC/OFAC compliance programme. In addition, Ripple also conducts due diligence on its customers.

In any event, there is limited cause for concern given that Ripple’s ODL customers are themselves regulated financial institutions and further diligence will be performed either by the exchanges on which the XRP is converted into fiat currency or by the banks to which the resulting funds are transferred. The fungibility of XRP used for ODL and XRP used for other purposes distinguishes XRP from other digital assets that the SEC has deemed to be utility tokens, but the brief time during which ODL counterparties hold XRP must be taken into consideration as the platform is designed to allow users to liquidate their XRP holdings into local currency almost immediately after coming into possession. As discussed above, XRP fundamentally falls outside of the definition of an investment contract under the Howey test. Moreover, there is strong evidence that the specific use of XRP for ODL constitutes a utility token and, in this capacity, should not be subject to regulation as a security.

The paper concludes that under a fair application of the Howey test and the SEC’s presently expanding analysis, XRP should not be regulated as a security, but instead considered a currency or a medium of exchange. As the SEC Chairman noted, certain cryptocurrencies are “replacements for sovereign currencies, replace the dollar, the euro, the yen with bitcoin. That type of currency is not a security”.

Note: Willkie is counsel to Ripple on certain matters and relied on certain factual information provided by Ripple in the preparation of this article.

Coming from the former Chairman of the CFTC, this paper carries a bit extra “weight”. His experience and knowledge help break-down all the prongs of the Howey test, arguing why XRP is not a security. The fact that the authors of the paper work for a law firm that counsels Ripple does not negate the paper’s arguments or the author’s stature. The timing of the paper allows us to speculate that perhaps the security lawsuit against Ripple might be nearing its conclusion.

It was only a week ago that Ripple filed a motion to dismiss the fraud allegations against it and filed the recent rule recognizing the benefits of Ripple and XRP for remittances by the Bureau of Consumer Financial Protection (CFPB) for judicial notice.