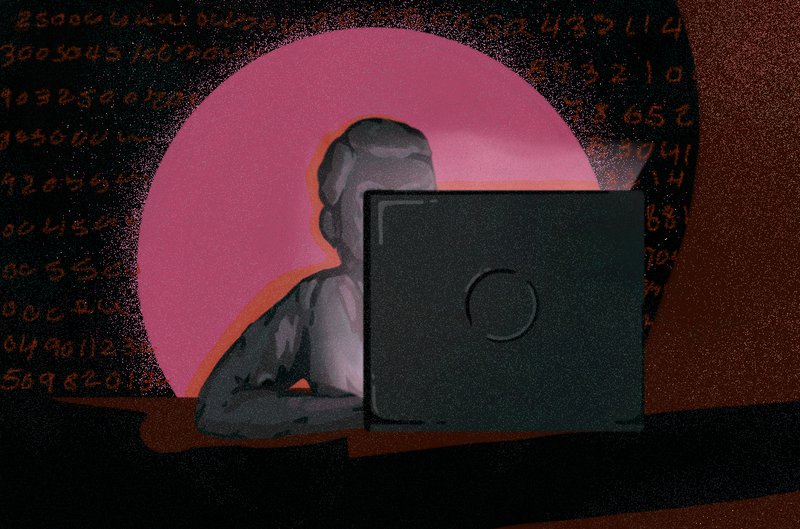 
Major darknet markets come and go in eras, so it seems, and the current one may be ending.

Two of the biggest digital black markets seem to be disappearing, both at the same time. While it is notoriously hard to find reliable information about the status of these highly illegal endeavors, messages on darknet-specific forums like Dread and reports by darknet-focused news sites like Deep Dot Web indicate that digital black markets Dream Market and Wall Street Market have both become unusable. The former has halted trading altogether, while the latter appears to be confiscating user funds.

Darknet markets, the online market places for illicit goods and services that operate on hidden services and use bitcoin (and sometimes altcoins) for payments, have been around in their current form since 2011, when Ross Ulbricht founded Silk Road. Over the years, many markets have come and gone, and it appears that the days of the current market leaders are now coming to an end as well.

Dream Market, the oldest operating and possibly biggest market on the dark web in recent years, was the first to show signs of trouble. According to Deep Dot Web, the marketplace was initially hard to reach, most likely due to ongoing distributed denial of service (DDoS) attacks on the website. The attacks appeared to exploit a weakness in the anonymizing Tor browser which made the cost of such an attack relatively low.

While it is not certain who is behind the attacks, the reports, based on comments by pseudonymous Dread forum operator “HugBunter,” suggest that it was part of an extortion effort. The attacker seems to have demanded that the pseudonymous operator of Dream Market, “Speedstepper,” pay to make the attacks stop.

“In one comment about a separate attack against Dread, HugBunter wrote that the entity behind the Dream Market attack had launched the attack in an attempt to extort the Dream Market administrator for 400,000 USD,” Deep Dot Web reports, noting that Speedstepper refused to pay.

Others have suggested that law enforcement officials or a competing darknet market may have been responsible for the attacks, but this is just speculation at this point.

For the past month, after about seven weeks of ongoing denial of service attacks, trading on Dream Market has been halted altogether. According to Deep Dot Web, quoting a Dream Market staff member, the DDoS attacks had become too big of a problem for the operators of the website.

Users who logged into the marketplace were instead greeted with a message claiming that the darknet market is closing:

“This market is shutting down on 04/30/2019 and is transferring its services to a partner company, onion address: weroidjkazxqds2l.onion (currently offline, opening soon).”

Besides the somewhat mysterious message, not much is clear about Dream Market’s future. It’s unknown which partner company the message refers to or to what extent the current version of Dream Market will still be in use. Reports by Deep Dot Web (once again based on comments by Dread forum operator HugBunter) suggest the market may just be rebranding but details are unclear. Speedstepper has not publicly commented on the issue.

Even with trading halted, Dream Market users — while unable to trade on the website or make deposits — do appear to have been able to withdraw funds from their accounts.

Wall Street Market and the End of an Era?

But now, after several weeks, reports on Dread and Deep Dot Web claim that Wall Street Market is “exit scamming”: disappearing with users’ funds. With the inflow of new users from Dream Market, the amount of money stolen is reported to add up to $30 million. Wall Street Market itself claims “technical issues” — at the time of writing, a message on the website shows that it is down for maintenance, but many users are expressing doubts that this is true. One of the website’s administrators is even alleged to have blackmailed users, threatening to leak their identifying information to law enforcement.

It’s not the first time that a group of darknet markets has disappeared at the same time. After the pioneering darknet market Silk Road was shut down by law enforcement in 2013, successors Silk Road 2.0, Cloud 9 and Hydra all suffered the same fate in November 2014, as part of an international law enforcement operation called “Operation Onymous.” The void was filled by Agora (which voluntarily shut down in 2015) and later AlphaBay, which in turn grew to be the dominant digital black market throughout 2015 and 2016. By 2017, however, AlphaBay was shut down by law enforcement as well.

At that time, many users migrated to Hansa. Hansa, however, turned out to have already been taken over by Dutch police. In what was called “Operation Bayonet,” new users from AlphaBay were trapped into entering passwords and more potentially identifying information in the compromised version of the Hansa website. After several weeks, Hansa was finally closed down as well, meaning the two biggest darknet markets were taken down within a span of several weeks.

Thus far, there is no indication that law enforcement has anything to do with the situation at Dream Market and Wall Street Market. No arrests have been made public, and both websites are technically still online — though dysfunctional.

Darknet Growth Over the Years

Although several of the biggest darknet markets have been shut down by law enforcement over the years, it has done little to stop trade on digital black markets overall. According to research by blockchain analytics firm Chainalysis, published in January 2019, darknet market activity almost doubled throughout 2018. After a slump in late 2017 due to the closure of AlphaBay and Hansa, trading volume had almost recovered to all-time high levels, at the time of publication of the report, surpassing $600 million worth of bitcoin for the year.

While bitcoin is still the main currency of choice on most darknet markets, the Chainalysis report does suggest that this type of activity has come to constitute a much smaller share of total bitcoin usage over time. Whereas up to 7 percent of transacted bitcoin value in 2012 and 2013 — the peak of the Silk Road — was related to darknet markets, this is now well below 1 percent, Chainalysis estimates.

The Supply of Chainlink Owned by Whales is on the Decline; Here’s Why