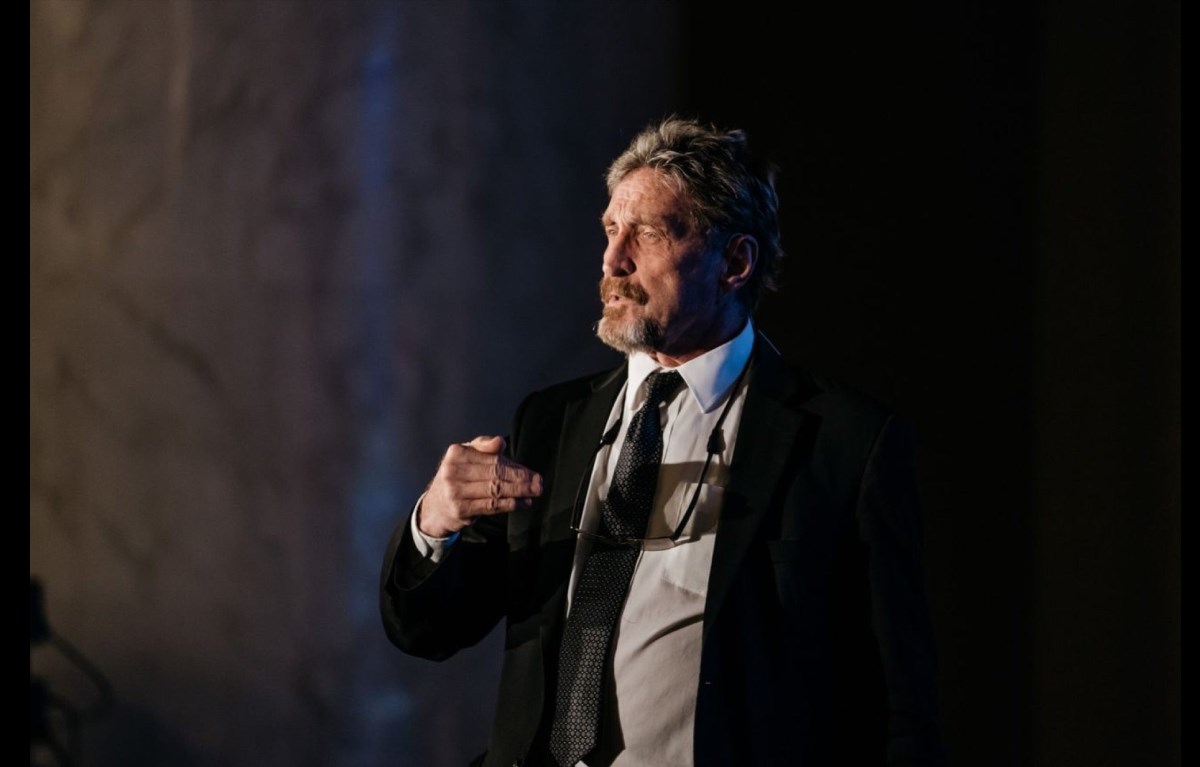 John McAfee: ‘Intel Is Suing Me Over My Own Name’

John McAfee, the crypto enthusiast who once said he would ‘eat his own dick’ if Bitcoin did not surge to $1 million, claims that Intel is suing him over his privacy project Ghost.

According to a tweet posted by McAfee on July 23, the Intel corporation is suing him due to the use of the name “GhostbyMcAfee.” Ghost is a proof of stake coin designed for more anonymous blockchain transactions and the distributed exchange of the token went live on June 22.

McAfee’s claim to fame is as the creator of one of the first anti-virus programs and the founder of the software company of the same name in 1987. Intel purchased the McAfee company in 2010 and has run it as a joint venture with TPG Capital since 2017.

Intel appears to be unhappy that John McAfee is suggesting an association between his privacy company and the anti-virus company through the use of ‘McAfee’.

“The buyers of my old company are too foolish to understand that whatever I create only helps their now pitiful product.”

According to another tweet however, McAfee indicated that he maintains the right to use his full name, John McAfee.

The entrepreneur asked his followers on Twitter to provide suggestions for alternative names as his variation, “GhostbyJohnMcAfee,” was a bit too clunky.

VeChain (VET) is Valid in China 0.15 is an Easy Target Triple Digit Soon