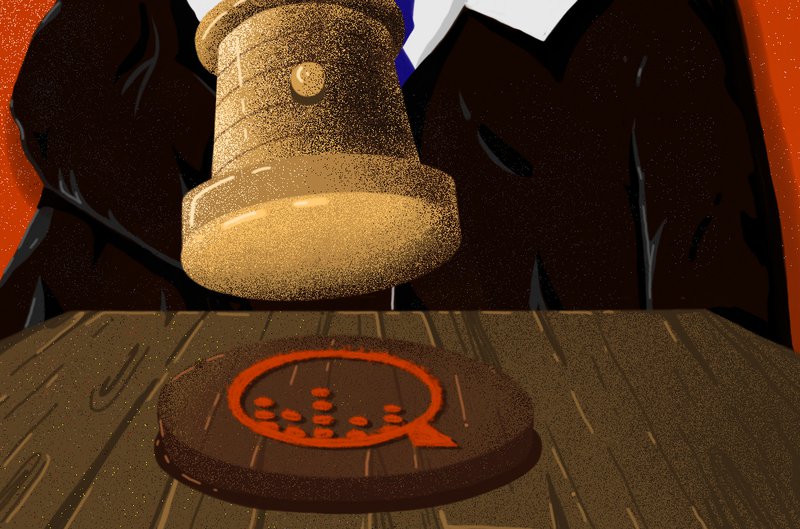 
A group of lawyers from some of Canada’s top law firms convened in a court in Halifax, Nova Scotia, today to secure the right to represent creditors in the ongoing QuadrigaCX litigation. By the end of the hearing, though, the presiding judge wouldn’t make a decision on which firm would play counsel for QuadrigaCX’s clients, though he promised a decision within the week.

“The decision to delay appointment of representative counsel is a sound one. The Court needs to be able to select the right firm that can present Canadians across the country with expertise and in a cost-effective manner. Most users are in British Columbia and Ontario and so firms with solid representation there would be key, so that customers from those provinces have access to the process,” Christine Duhaime of Duhaime Law told Bitcoin Magazine.

Jack Julian, a reporter for Canadian news outlet CBC, live-tweeted the courtroom proceedings, tallying up a total of 18 lawyers who were present at the hearing. One of these, Maurice Chiasson, represented QuadrigaCX while another represented Ernst & Young, the firm that has been appointed monitor over the case; the rest represented some 200 clients affected by the exchange’s inability to honor withdrawals. These clients reportedly have $50 million CAD tied up in the exchange in the aftermath of the death of its founder and CEO, Gerald Cotten. The $50 million CAD represented today is just a piece of the $250 million CAD debt that the exchange owes its customers.

“Justice Michael Wood says all contenders are ‘eminently qualified’ to be representative counsel. They all claim to represent similar numbers of clients with similar total losses. He says he ‘won’t be flipping a coin’ and will have to analyze the submissions closely,” Julian tweeted.

One of the firms, Goodmans, which Julian says has a client with a $1 million claim on the exchange, suggested creating a “steering committee” of seven individuals, which would consist of two lawyers from the other three law firms competing for representation and one from Goodmans. The committee would then be in charge of appointing legal counsel for the affected creditors. Justice Wood ultimately dismissed this proposal, saying it would amount to the firms having to “duke it out,” tweeted Julian.

According to Julian, Raj Sahni, an attorney for Bennett Jones, lambasted the use of online chat rooms as “completely inappropriate” for disseminating information in this case. In the fallout after Cotten’s death, Reddit (particularly the subreddit QuadrigaCX2) has become a hotbed of activity for QuadrigaCX customers to swap information, air grievances and cook up what most would consider conspiracy theories.

To cut through the noise and give this information legitimacy, one firm, Miller Thomson, suggested curating a website that would aggregate creditor information and answer questions these affected users have in public or private.

The proceedings highlighted that most of the creditors are individuals with fewer than $50,000 CAD in the exchange. These affected users are already down significant capital, and the legal counsels stressed the importance of making this process as frictionless as possible to mitigate legal costs for the already cash-strapped creditors. The monitor, Ernst & Young, has proposed a $100,000 CAD cap on fees beginning today, which would exclude fees calculated to this point.

Even as lawyers are seeking to expedite the counsel appointment process to the capital benefit of their representatives, it became apparent early on that Justice Wood might not reach a decision today. The case is murky and unconventional, he said, and Julian tweeted that the robustness of each law firm contending for legal counsel hasn’t made “life any easier” for the judge regarding his decision.

“Wood says this [is] an odd situation. We don’t have secured and unsecured creditors, third party suppliers, employees etc. Only clients. So it’s unlikely there will be parties clamouring for changes on the next court date of March 5,” Julian wrote.

After a midday recess, the court reconvened and Justice Wood revealed that he would not decide on representative counsel today, as choosing between the four will be difficult.

At the end of the hearing, the court also addressed a number of outstanding issues in the case, including the absence of $30 million CAD worth of bank draft notes that QuadrigaCX claims that it is owed by its payment processing partners. QuadrigaCX is making haste to secure these funds as most of the $300,000 CAD it has in its possession for legal fees are nearly depleted.

“The Court learned today that the advisors are almost out of the money allocated, having spent $250,000 in fees in a short time. It remains unclear how additional funds will be secured because there was only $300,000 set aside that was a secured debt to Mr. Cotten’s widow, approved by the three new directors, the Court heard. I think they will have to solve the cash crunch soon by securing banking relationships quickly to deposit the over $20M in bank drafts they said they have,” Duhaime commented to Bitcoin Magazine.

As monitor, Ernst & Young commented that it was close to reaching deals with some of these nine processors, though the firm was vague on the progress it has made toward decrypting Gerald Cotten’s hardware, which allegedly holds the keys to the company’s inaccessible cold storage, or in retrieving the $460,000 CAD that QuadrigaCX “inadvertently” sent to one of its cold wallets on February 6, 2019.

Bitcoin Magazine recently broke news that multiple QuadrigaCX users have reported receiving deposits from Robertson Nova Consulting Inc., a company, CBC claims, that Gerald Cotten’s widow, Jennifer Robertson, presides over as president, secretary and director. Bitcoin Magazine’s sources commented that email addresses appearing to belong to Robertson were listed on the reply-to lines of deposit confirmations. The same sources also told Bitcoin Magazine that they had received mass amounts of cash, at times amounting to thousands of dollars, in the mail as part of the withdrawal process.

With additional notes from Jessie Wilms