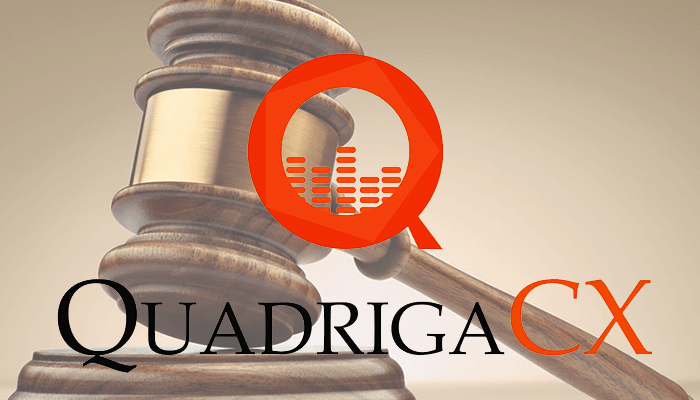 The Canadian law firms Miller Thomson and Cox & Palmer have been appointed by the Supreme Court of Nova Scotia to represent the clients of cryptocurrency-exchange QuadrigaCX, reports a court file published on 19 February.

Judge Michael Wood decided on 14 February that Miller Thomson and Cox & Palmer will assist around 115,000 customers in the upcoming procedures.

The owner of QuadrigaCX recently passed away and had access to the cold storage wallet keys of the exchange. As a result, the company can not pay out some $ 190 million that it owes its customers.

There is a recent blunder on top. QuadrigaCX accidentally sent $ 500,000 bitcoin (BTC) to one of these inaccessible cold wallets on February 6, Ernst & Young reported, who has been told by the court to take the case.

More than a “dozen” law firms had reported for the lawsuit. Judge Michael Wood says he has based his choice on efficiency, expertise and cost effectiveness:

Miller Thompson has additional experience in certain areas, including larger CCAA procedures and cryptocurrency. The relationship between the two companies was carefully thought out with a view to minimizing costs. Cox & Palmer will deal with their area of ​​expertise, including local litigation and lawsuits. Miller Thompson will provide expertise in dealing with large creditor groups and cryptocurrency technology.

The next hearing is scheduled for March 5. The Supreme Court then expects an update on the case.

There are a lot of rumors about the QuadrigaCX case, including that the death of owner Gerald Cotton would be staged, that it is in any case suspicious that he was the only one who had access to the wallets and that there was activity on the inaccessible cold storage wallets .qua

3 reasons Litecoin (LTC) is up 61% in 1 week, outperforming the market