XMR is up by 13% in the past five days and has confirmed uptrends on the daily chart and the 12-hour chart. Monero is currently ranked 14th by market capitalization, with $2.32 billion.

Monero facing a potential rejection towards $100

On the 12-hour chart, the price of XMR got rejected at $139, forming what seems to be a double top currently. On top of that, the TD sequential indicator presented a sell signal, which also happened on October 12, the other head of the double top. 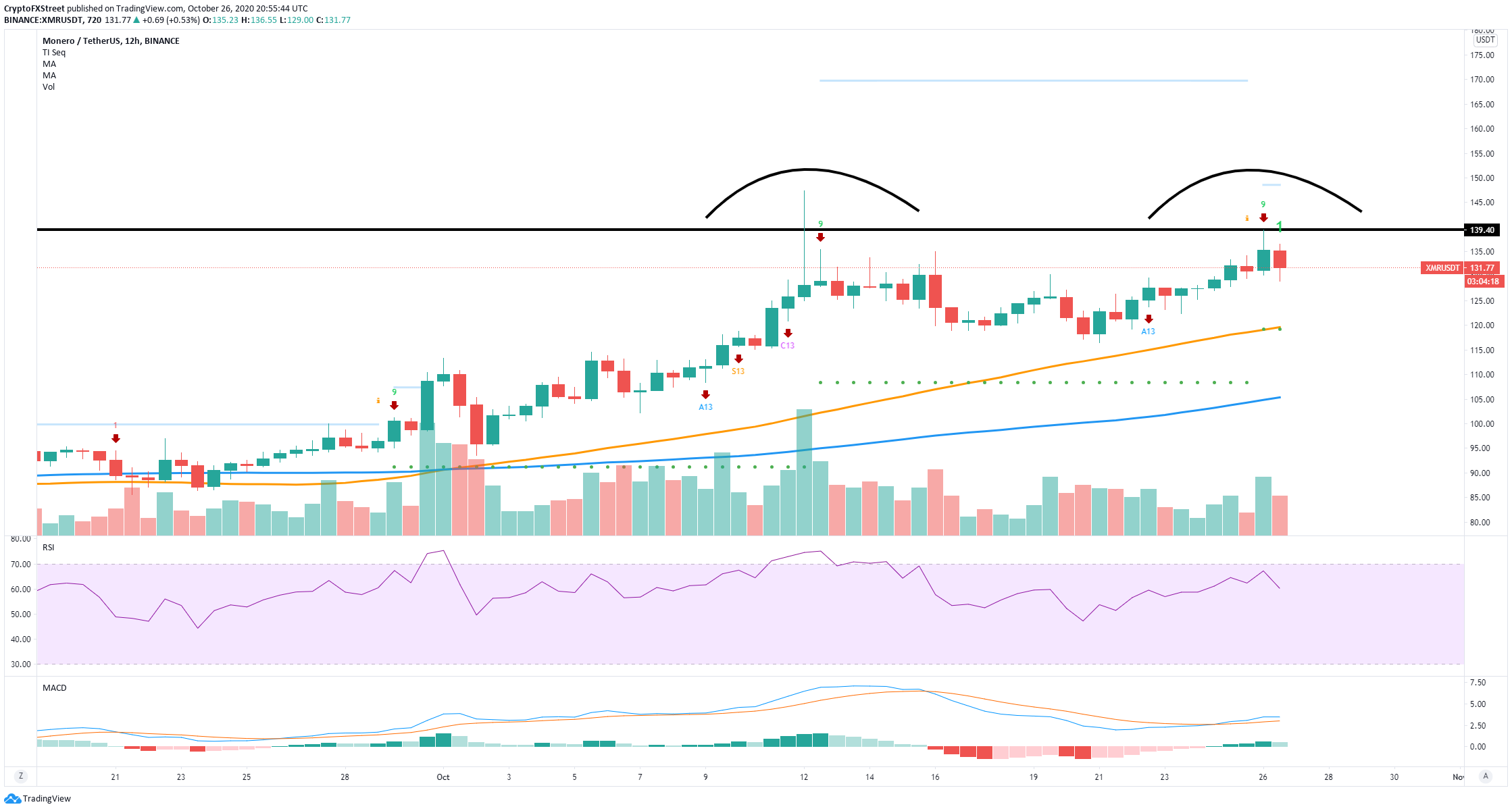 Validation and continuation of this sell signal can easily drive the price of XMR down to the 50-SMA at $120 and as low as $100. The MACD is slowly turning bearish, and selling pressure is mounting on XMR.

The 4-hour chart is still in favor of the bulls as the uptrend continues intact. The 50-SMA and the 100-SMA are acting as healthy support levels at around $125. The RSI was overextended for a brief period of time but has cooled off significantly.

The most critical resistance level is $139, where the double top seems to be formed. A breakout above this point would be crucial and likely to push the price of XMR towards $300 as there is very little resistance to the upside

Why are cryptocurrencies so volatile and what determines their prices?

Latin America sends a ton of crypto to Asia, and vice versa