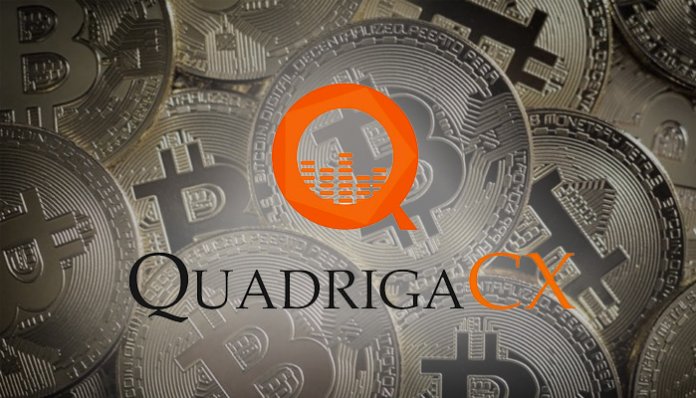 A report by Ernst & Young published on Tuesday, February 12 shows that QuadrigaCX accidentally sent $ 500,000 bitcoin (BTC) to their cold wallets. The exchange has lost access to these cold wallets since the death of the CEO.

The situation surrounding the crypto exchange QuadrigaCX seems to be becoming increasingly weird and complicated. Since the death of CEO Gerald Cotton, who alone managed the private keys, the exchange no longer has access to its cold wallets. As a result, about $ 145 million of crypto was “missing”.

Due to the major problems that the exchange now faces, a third party has been appointed to monitor the state of affairs. Ernst & Young must ensure that the creditors ultimately receive their credit. However, this seems to become more difficult every day. In Ernst & Young’s first report it now appears that the exchange “accidentally” has sent almost half a million dollars of bitcoins to these inaccessible cold wallets:

On 6 February 2019 Quadriga accidentally sent 103 bitcoins with a value of approximately $ 468,675 to the Quadriga cold wallets, which the company currently has no access to. The monitor works together with the management to remove this cryptocurrency from the various cold wallets, if possible.

Since the death of Cotton there are various rumors around. For example, there is a large group that thinks that he is not dead at all, and that the published death certificate has been falsified. In addition, he would have worked his testament 12 days before his death, so that his wife would inherit everything from him in the event of death.

The national regulator of the Canadian securities markets and a regional regulator have both said they will not investigate. According to them, QuadrigaCX did not act in securities, so the exchange is not under the supervision of these authorities.

However, there is still a little hope for crypto traders who lost their crypto. Ontario’s regional supervisor has indicated that it is currently assessing the situation from which any investigation may arise.